[ The Korea Herald – Send E-mail ]
Africa ‘Oscar’ goes to incest movie from Morocco
By 김후란
Published : Mar 7, 2011 - 19:48
Updated : Mar 7, 2011 - 19:48
OUAGADOUGOU (AFP) ― A Moroccan film about the incestuous rape of a young woman by her father who believes she is demon-possessed scooped the top honors at Africa’s biggest film festival.

Set in the countryside of the north African nation of Morocco “Pegase,” the debut film of young filmmaker Mouftakir, is a drama of the rape of Rihanna, 20, perpetrated by her father in the belief she is “pregnant” with a demon. 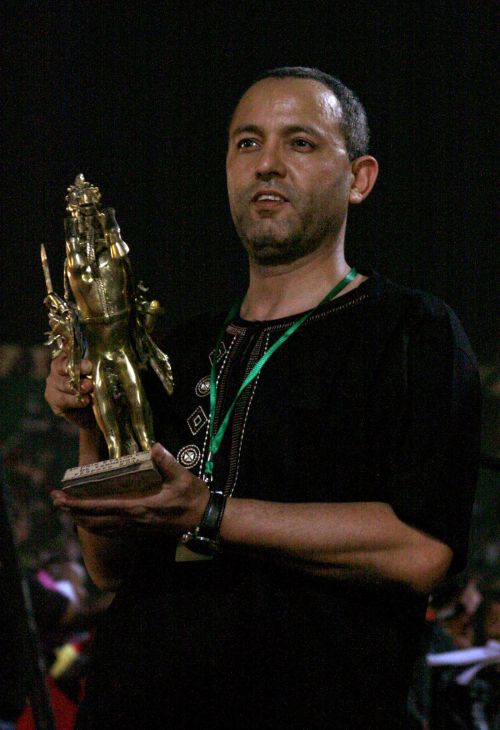 The film received the jury’s prize, a mark of special recognition, at last year’s Cannes prestigious Palme d’Or, the first time in 13 years an African feature competed for the top award in Cannes.

The jury prize for special recognition went to “Notre etrangere” (“The Place in Between”), the poignant story of a mixed race woman who returns to Burkina Faso from France to find her mother. It was directed by Sarah Bouyain.

In all 18 films were competing for the feature film awards.

Burkinabe President Blaise Compaore handed out the awards at the closing ceremony of the 22nd FESPACO before some 22,000 dignitaries at Ouagadougou’s main stadium.

The best actor award was given to Sylvestre Amoussou of Benin, who is also director of “Un pas en avant, les dessous de la corruption,” a film that takes a look at the misappropriation of international aid.

Samia Meziane in “Voyage a Alger” (“Journey to Algiers”) was named the best actress in the movie by Algerian Abdelkrim Bahloul.

“Les amours d’un zombie” (“The Loves of a Zombie”) by Arnold Antonin from earthquake-scarred Haiti was awarded the African Diaspora prize.

While some critics and filmmakers were disappointed by the FESPACO’s standards, Compaore hailed the festival as “a victory for Africa” with “quality production that can integrate markets.”

A record number of films, 475 instead of 300 expected, applied for entry into the biennial festival, testimony that African cinema is vibrant, organizers said.

But the African film industry, which represents only three percent of the world market, is under threat from piracy ― a “culture AIDS” ― and the disappearance of cinema, they said.

FESCAPO remains a popular festival attracting thousands of filmmakers, celebrity actors and filmlovers since its inception in 1969.

This edition took place against the backdrop of the Arab world uprisings, and yet still attracted entries from Algeria, Egypt and Morocco ― all touched by upheavals.