This is the first of in a two-part series exploring the increasing involvement of foreign producers and composers in the K-pop scene. ― Ed.

When footage of The Black Eyed Peas’ will.i.am working with girl group 2NE1 hit national television last year, it was a defining moment for the K-pop industry.

Though the domestic industry had been enlisting the talent of overseas producers and composers for years, this collaboration took the whole situation to another level, not just in terms of exposure but also in terms of star power.

“Our side had an opportunity to meet will.i.am,” Hwang Min-hee ― PR Team Leader for 2NE1’s YG Entertainment ― said in a phone interview. “He saw music videos (of the girls) and said he wanted to work with us.”

The artist of the Grammy Award-winning hip-hop group met with the girls for three recording sessions in London and Los Angeles and churned out 10 tracks. Then, in early February, Black Eyed Peas tour DJ-and-co-producer Poet flew into Seoul with DJ Josh One to lay down some more tracks for 2NE1.

“This was my first time in Korea to work on K-pop,” DJ Josh One said via e-mail. “I was very impressed. YG’s sound and vibe seems to definitely stand out from everything else I have heard in Korea.”

Since the late 1990s, the K-pop industry has rapidly grown, bulging out of its domestic market, spreading through Asia and entering European and American markets.

Such rapid expansion has also spurred overseas interest from major producers and composers.

Take Xperimental Entertainment for instance. The Los Angeles-based company founded by William Pyon and Kim Young-hu currently counts South Korean music goliath S.M. Entertainment as one of its biggest clients and has also worked with YG Entertainment, the company behind major K-pop acts BIGBANG and 2NE1. 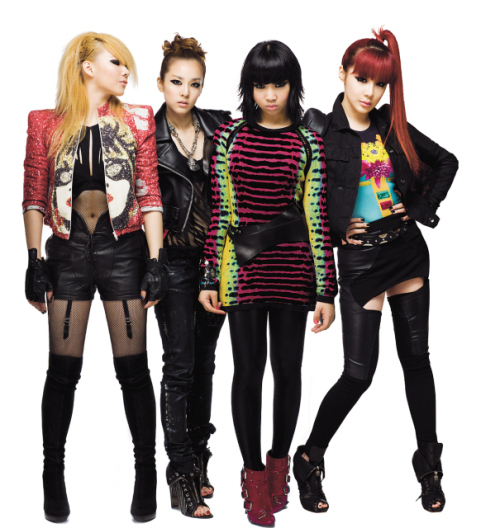 Girl group 2NE1 made waves last year when footage of them working with Black Eyed Peas’ will.i.am hit national television. (YG Entertainment)
According to Xperimental CEO William Pyon, the amount of business based on hooking overseas composers and producers up with K-pop artists has grown over the years. If before, it accounted for about 5 to 10 percent of their business, now it takes up 50 percent.

Park So-young, assistant manager for the South Korean publishing arm of Xperimental, agreed that there has been an increase in such collaborations.

“If there are 12 tracks then at least one of them is an overseas single,” she told The Korea Herald.

“We get a lot of requests from entertainment companies for overseas composers these days,” she added.

An increase in the number of prominent international producers and composers working with Korean entertainment companies, in turn, seems to be fostering even more interest in South Korean pop music abroad.

“Lots of people are tired of the ‘taking yourself so serious’ that a lot of Western artists seem to have,” said Jensen, explaining the selling power of S.M.’s nine-member girl band via e-mail. “In a world marked by natural disasters and financial recession people need the positive energy that comes from listening to K-pop artists’ records and seeing them perform.”

Aside from writing and programming for S.M.’s Girls’ Generation and SHINee, DEEKAY, which was founded by Jensen and Martin Michael Larsson in 1998 and currently has studios in Copenhagen and Los Angeles, has also written and produced for major artists like Diddy, Lil Wayne, Mis-Teeq and Ashley Tisdale.

Though DEEKAY could easily stick to high profile Western acts, Jensen said “because of our fantastic experience with Asian artists, we will focus a lot more on K-pop and J-pop markets” this year.

Xperimental CEO Pyon, whose company also has branches in Seoul and Tokyo, believes that one of the reasons more overseas producers and composers are looking to South Korea is because “the music industry really took a slump.”

“I think that has a lot do with a lot of interest now from foreign writers as well as American writers to break into the Asian market,” he said over the phone.

Pyon, who not only worked with S.M. and YG but also on projects featuring major artists like the late 2Pac, attributes the industry downturn to technology.

The Internet fostered digital downloads which led to decreased album sales. Also, says Pyon, the advent of technology narrowed the gap between home and professional recordings.

All of these changes have really upped competition among American producers and composers.

In fact, Pyon said it is “to some degree cheaper” for a Korean entertainment company to enlist overseas talent than it was 15 years ago.

Yet, Pyon believes that the real incentive for K-pop companies to invest in overseas composers and producers is in the music itself.

Another incentive for the K-pop industry to look abroad seems to be higher consumer standards. Pyon agrees that the ability to download singles digitally without having to purchase the whole album enables consumers to be far more selective in what they listen to.

“The standards of domestic audiences are high,” said Seo Hyeon-joo, director of Starship Entertainment ― the company behind K-pop girl group SISTAR ― explaining why they want to continue to collaborate with overseas producers and composers. “We need to meet their expectations.” 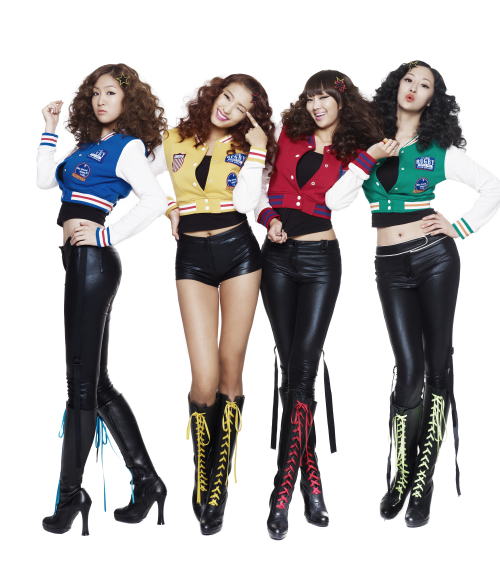 For now, domestic composers and producers still dominate the K-pop industry. There is no denying the increased presence, however, or at the least increased publicity, of overseas collaborations.

Indeed, Starship Entertainment’s collaboration with Grammy Award-winning producer Eliot Kennedy on SISTAR’s single “I Don’t Like Weak Men” represents one of the company’s first forays into working with foreign talent. The positive experience, according to Seo, has left the company wanting to continue such explorations in the future.

Kennedy, in turn, is also interested in working with more Korean artists.

“I will be heading out to Korea in the next couple of months to hopefully work with some artists and local writers and producers,” he said via e-mail.

As for high profile collaborations, will.i.am’s work with 2NE1 may be the most televised of the day but it is certainly not the first.

Not everyone, however, is looking specifically to work with famous acts.

“Yes and no,” Pyon said about whether or not he feels the pressure to orchestrate more headline-grabbing collaborations. “If you want publicity or if you’re looking into publicity, then, yeah, it’s definitely worthwhile to do that.”

An S.M. Entertainment artists and repertoire publishing representative said that they were “open to the possibility” of working with famous artists but that they are more focused on the quality of the “song” itself.

One thing is for certain, collaborations like that of will.i.am and 2NE1 point to the increasing international influence of K-pop.

“Nowadays a lot of producers, they know who these artists are,” Pyon said about overseas recognition of S.M. and other K-pop acts. “It’s telling me that the K-pop scene has really evolved into almost a mainstream aspect of the industry.”

“A lot of American producers know as much about or even more about J-pop and K-pop than even me.”