[ The Korea Herald – Send E-mail ]
Gangneung calls on young skaters
By 로컬편집기사
Published : Feb 28, 2011 - 17:07
Updated : Feb 28, 2011 - 17:07
GANGNEUNG, Gangwon Province ― Less than a month before the World Figure Skating Championships, promising young skaters from across the world arrived in Gangneung for the World Junior Figure Skating Championships, which take place from Wednesday to Sunday.

The five-day competition organized by the International Skating Union is taking place at the Gangneung Indoor Ice Rink with more than 200 skaters from 48 countries taking part.

Korea hosted the competition twice, in 1993 and 1997, both times in Seoul, but this is the first time the Gangwon Province city is hosting such a high-level event.

There are four titles up for grabs at the annual event ― men’s and ladies’ singles, pairs and ice dance pairs.

The preliminary round started on Monday with the top 14 men, 12 women and top 11 ice dance couples entitled to compete in the short program. Skaters that placed in the top 16 and 18 for men and women respectively, and the top 15 couples in ice dance in the 2010 Championships qualified automatically. 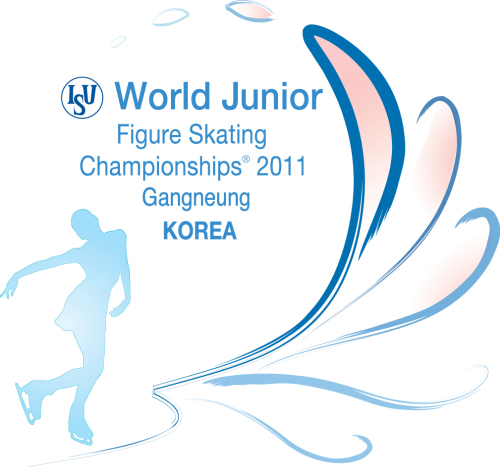 The ISU Junior World Figure Skating Championships will feature some of the world’s most promising young talents.

The men’s event appears wide open with a group of strong contenders hoping for a podium finish. China’s Han Yan and Andrei Rogozine of Canada, who claimed the silver and bronze medals in the 2010 final, are the favorites.

Korea’s Lee Ho-jung in the ladies’ singles and Lee Dong-won in the men’s singles are making their debut at the world junior championships, both aiming for a top 10 finish.