Park doubled the lead in the 62nd with a powerful drive from the edge of the box. 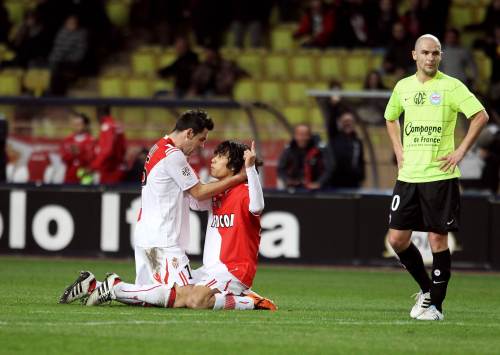 Monaco’s Park Chu-young (center) is congratulated by teammate Thomas Mangani after his goal. (AFP-Yonhap News)
But Youssef El-Arabi pulled one back for Caen in the 67th, notching his 12th goal this season with a header into the top corner.

Caen substitute Yohan Mollo leveled with a free kick in the 72nd.

The visitors salvaged the draw although Caen defender Jeremy Sorbon was dismissed in the 83rd after receiving a second yellow card. (AP)