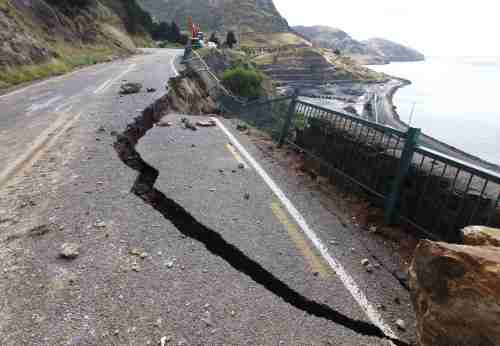 Part of a road between Lyttelton and Sumner is damaged by Tuesday's earthquake on the outskirts of Christchurch, New Zealand, Thursday, Feb. 24, 2011. The magnitude-6.3 temblor collapsed buildings, caused extensive other damage and killed dozens of people in the city. (AP-Yonhap) 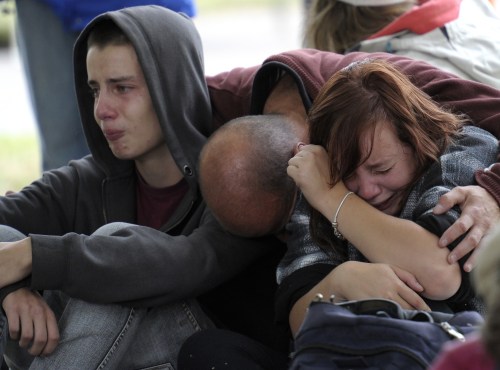 Fifteen-year-old Kent Manning, left, and his sister Libby, 18, react with their father, who asked not to identified, after they were told by police that there was no hope of finding Kent and Libby's mother alive in a collapsed building following a 6.3-magnitude earthquake Tuesday, in Christchurch, New Zealand, Wednesday, Feb. 23, 2011. (AP-Yonhap) 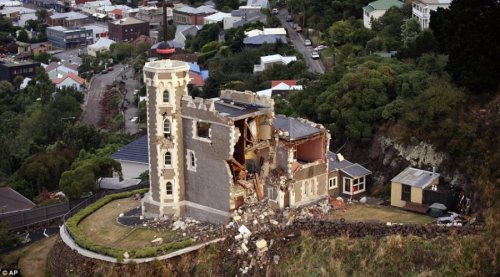 The Timeball Station was badly damaged in the 6.3 magnitude earthquake. (AP)