The bureau promoted 71-year-old Kim to chairman at its board meeting at Korea Press Center, Thursday. 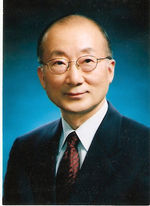 Kim Young-il
Kim is a graduate from College of Business and Economics at Yonsei University, who worked as a Washington correspondent of the now defunct Hapdong News Agency. His career includes executive director of YTN, a 24-hour news channel, president of Yonhap News Agency, and president and chairman of Kookmin Ilbo, a local newspaper.

The term of bureau chairman is one year.