[ The Korea Herald – Send E-mail ]
N.Y. mayor to donate $32m to art groups
By 천성우
Published : Feb 17, 2011 - 18:20
Updated : Feb 17, 2011 - 18:20
Beginning Tuesday, New York Mayor Michael Bloomberg’s foundation sent letters to 250 cultural groups, inviting them to apply for some of the $32 million the charity plans to distribute to arts organizations over the next two years, The Wall Street Journal reported.

“At Bloomberg Philanthropies, we see the arts as fundamental to New York City’s cultural and economic wellbeing,” the letter says. 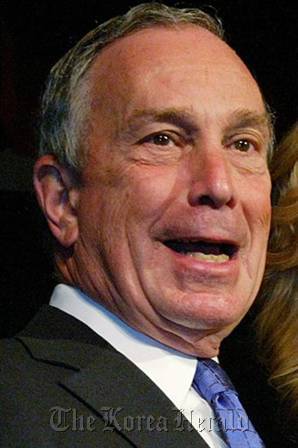 Michael Bloomberg
For nearly a decade, the Carnegie Corp. of New York funded almost 600 of the city’s arts and social-services groups on behalf of an anonymous donor, widely assumed to be the mayor. Bloomberg’s aides have long declined to confirm his involvement.

The end of that program left arts groups scrambling to find new sources of financing.

Like the Carnegie gifts, funding from the Bloomberg Family Foundation’s Arts Advancement Initiative will come in the form of unrestricted grants, meaning the groups may spend the money as they wish.