The current world No.1 had a commanding victory Wednesday in the parallel giant slalom event at Yongpyong Resort.

It was the Austrian’s fourth consecutive World Cup crown and his third title in Korea.

“I feel always great to ride here,” Karl told The Korea Herald before the race Wednesday.

The 25-year-old said riding Korean slopes has a very special meaning for him. It was here that he won his first world title in 2008. He also claimed the back-to-back title at the 2009 World Championship in Yongpyong.

“The slopes are quite good. Here, you have slopes from stiff to very flat, and they have great artificial snow as well.”

Karl, who won the silver medal in the Vancouver Olympics, said now there is no real difference between Korea and other leading countries in terms of the quality of snowboarding facilities. 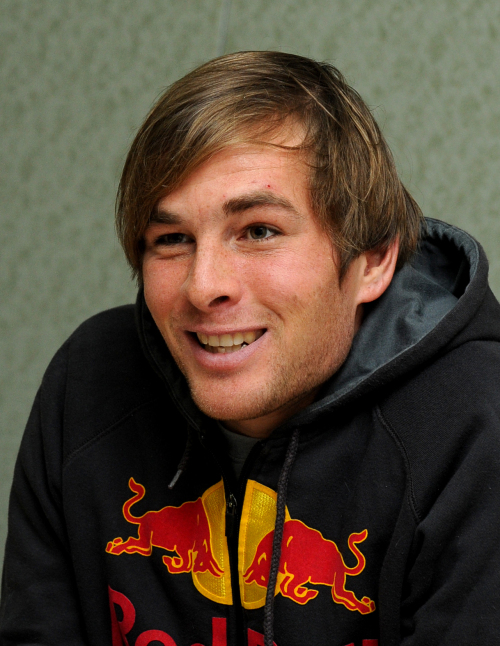 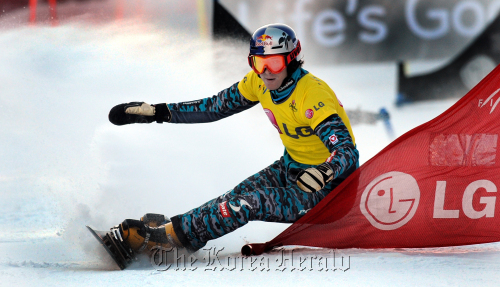 Austrian snowboarder Benjamin Karl  (Park Hyun-koo/The Korea Herald)
The European players had a major advantage over other contenders, especially those from Asia, having better training sites in their home countries, but that is no longer the case, he said.

“We have no advantage this time. We have the same conditions at this time,” he said.

Still, no Korean boarders qualified for the knock-out stage Wednesday. The world No. 1, however, said that he believes Korean boarders have enough talent to be successful.

“I think Korean boarders are quite good. They have good facilities here, now they have to force themselves to do well here.”

Asked about PyeongChang’s bidding for the 2018 Winter Games, the Austrian said: “I think it would be good for snowboarding’s booming. Obviously, Asia is a big market.”

The Olympic medalist, however, said that he believes PyeongChang still has a lot of work to do in order to host such a high-level competition.

“The snow condition wasn’t so great in the 2009 World Championship, and this year the snowboard cross was canceled because they made the course too difficult.

“But you have to make mistakes to become more experienced and I think if they learn from the mistakes, Korea can do it, why not?”

“I have fun all the time in Korea, if they win the bid I’ll definitely come here to play,” he added.