Chedid died in Sunday in Paris, where she settled after the end of World War II, the Flammarion publishing house said.

The prolific Cairo-born writer of Lebanese descent wrote volumes of poetry, novels, stories, plays, children’s books and songs, including a hit for her grandson Matthieu Chedid, a French pop star whose stage name is “M.” Her son, Louis Chedid, is also a well-known French singer.

French President Nicolas Sarkozy said she was part of a “generation of cosmopolitan intellectuals who chose France as their adopted land after the war, helping bring about a literary renaissance in our country.”

Her novels included “Le Sixieme jour,” about a family struggling with a cholera outbreak. Youssef Chahine, one of Egypt’s most lauded movie directors, adapted it for the cinema. 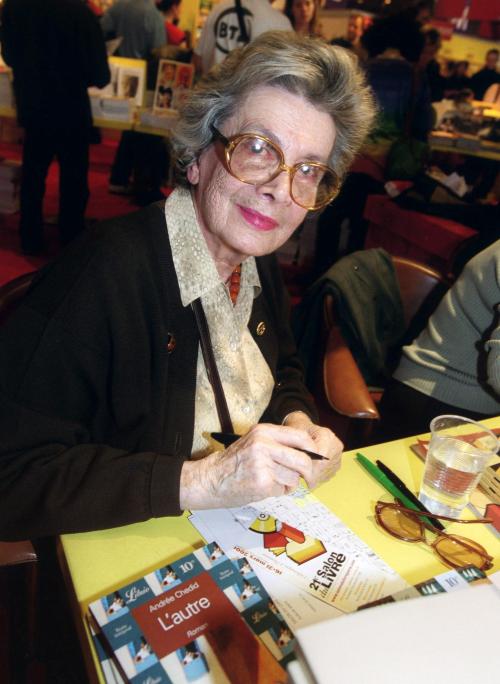 A picture taken on March 17, 2001 in Paris, shows Lebanese-born French writer Andree Chedid posing during a book fare. (AFP-Yonhap News)
In an homage, French Culture Minister Frederic Mitterrand wrote that Chedid was “very careful to reveal the secret side of things, to show them as they are and not to disguise the tragedies in life. She also wanted to show its beauties, greatness and joys, and all that gives hope to our daily lives, despite adversity.”

Information about funeral services was not immediately available.