The Cleveland Indians outfielder reached a one-year deal worth US$3.975 million Wednesday, Korean time. The left-handed Choo put up the best numbers of his six-year major league career in 2010 while making $461,100, slightly above the major league minimum.


With the signing, the Indians and Choo avoided going to salary arbitration. Choo filed for arbitration last weekend and would have been the first Cleveland player since 1991 to take the team to an arbitration court.


Choo's contract situation had been one of the hotly discussed topics this offseason for the Indians. The 28-year-old is considered an important piece to the puzzle as the Indians, who have had two losing seasons in a row, try to rebuild for the future.


Scott Boras, Choo's agent, had been seeking a series of one-year deals until Choo becomes a free agent after the 2013 season. But the Indians have been trying to lock him down with a long-term contract beyond 2013, without risking losing Choo to free agency.


The logic on the player's side is that Choo, in the prime of his career, could see his stock rise further over the next three or four seasons and could earn more money by signing a free agent deal in 2014 than by agreeing to a long-term deal now.


Despite the signing of the one-year deal, Chris Antonetti, the Indians' general manager, declined to offer specifics about talks for a long-term deal but did say, "I don't view the negotiations as being closed at this point."


Choo made his major league debut in 2005 with the Seattle Mariners but didn't become a regular until the second half of 2008, then with the Indians. (Yonhap News) 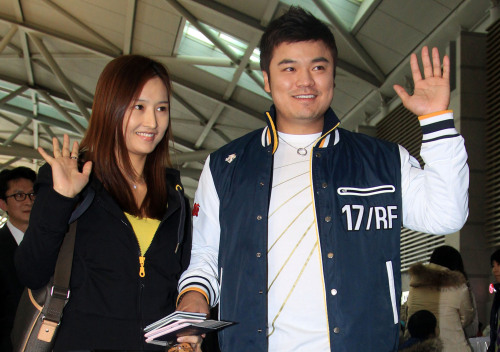