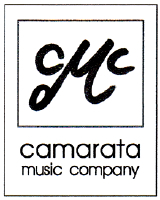 This is a series introducing associations and clubs for expats. This week, Expat Living spoke to Ryan Goessl, founder of Camarata Music Company ― Ed.


Who is it for? Anyone wishing to participate in music performances and shows, either directly or behind the scenes. We have more than 27 different nationalities represented, and all are welcome, Korean and non-Korean.

What goes on? 4 Major performances per year, culminating with our annual Messiah concert in December. Weekly rehearsals and seasonal concerts

Plans for the future? Mozart’s “Requiem” in late April, musical in the summer (June), concert in September, Messiah concert in December.

Are there any membership fees? There are no membership fees, but there are small concert fees for those participating in concerts, to help offset the expenses of putting on a full production. They are never more than 40,000 won per concert.

Highlight of the year: Our annual “Messiah” concert in December. We have a sold out audience every year of over 1,200 people, including many ambassadors and dignitaries from many embassies, organizations, and along with dignitaries within Korea. We also often bring in guest conductors of world recognition. This past Messiah concert, we had guest conductor, Weston Noble, who is a world-famous choral conductor.