The new phones to be revealed at the Mobile World Congress will run on the Gingerbread operating system ― an upgraded Android platform ― with a super AMOLED plus display for a more vivid and brighter screen, the company’s head of mobile business said last week.

“These phones are going to cut a new figure in the smartphone market,” Shin Jong-kyun, who runs the electronic company’s mobile branch, said at a press conference on the sidelines of the annual Consumer Electronics Show in Las Vegas. 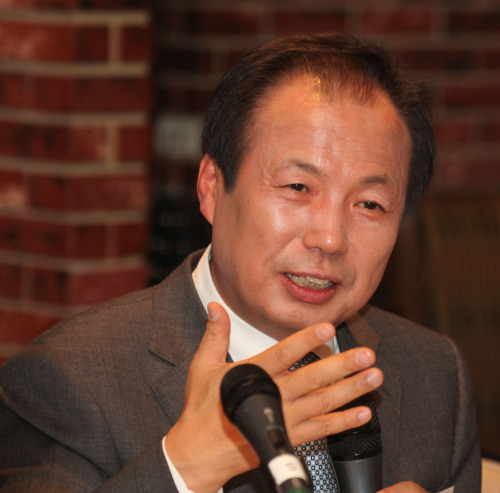 Shin Jong-kyun
Samsung Electronics currently ranks second in the world after Nokia in terms of handset manufacturing, but is hoping to quickly close that gap.

Shin said Samsung is now targeting to sell some 60 million smartphones this year, more than twice the number it sold last year.

Despite its late entry into the smartphone race, Samsung last year set a record for smartphone sales with its Galaxy S, which became the hightest selling phone running on Google’s Android operating system with global sales of 10 million.

In December, the firm introduced the Nexus S, which is the first smartphone in the world running on the Gingerbread operating system.

Shin also said Samsung will be making forays into faster fourth-generation mobile phones based on the Long Term Evolution standard.

“We plan to distribute our LTE phones to all four major telecommunication companies in the U.S., starting with Verizon, to have the upperhand in fourth-generation smartphones,” he told reporters.

At CES, Samsung Electronics unveiled a plethora of fourth-generation phones including its LTE-based smartphone to be launched via Verizon later this year. 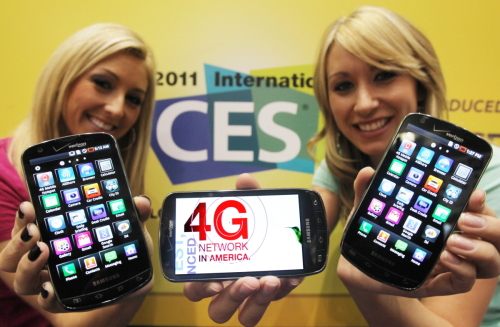 The new tablets also will be based on fourth generation technology, Shin said.

Regarding market forecasts, Shin said the global smartphone market would experience up to 40 percent growth in 2011 after selling over 20 million handsets last year.