[ The Korea Herald – Send E-mail ]
Cho Yang-ho recognized for influence on Olympics
By 로컬편집기사
Published : Jan 5, 2011 - 18:34
Updated : Jan 5, 2011 - 18:34
The head of the 2018 Winter Olympics bidding committee for South Korea’s PyeongChang has been named among 25 figures expected to wield the most influence on Olympic-related developments in 2011.

Around the Rings (www.aroundtherings.com), a U.S. website specializing in Olympic-related news, ranked Cho Yang-ho, chairman of the PyeongChang bid efforts, No. 7 on its annual list of the “Golden 25.” Since 1997, Around the Rings has compiled this list based on reader surveys and its own evaluation.

It said Cho, who is also chairman of local conglomerate Hanjin Group, “exudes the confidence of the successful business leader” and added, “That kind of demeanor could be key for International Olympic Committee members weighing the ability of South Korea to host the country’s first-ever Winter Olympics.” 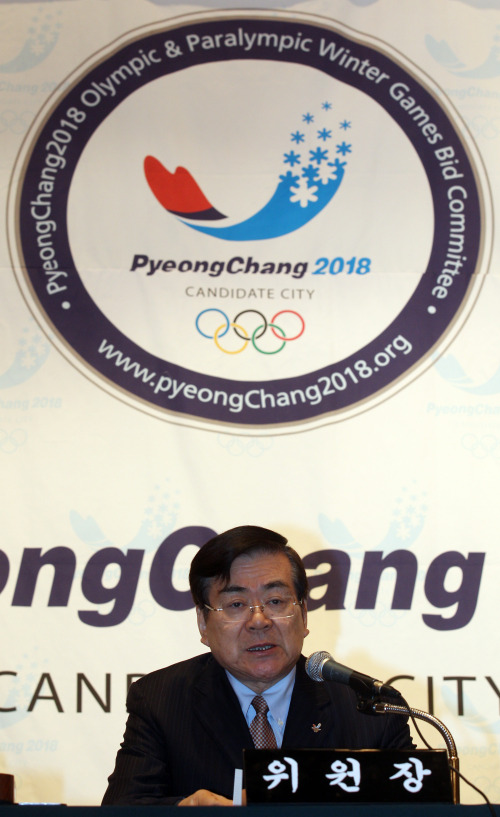 Cho Yang-ho
PyeongChang is competing with Munich, Germany, and Annecy, France, for the right to host the 2018 Winter Games. Bid leaders for the two cities ― Jean-Claude Killy for Annecy and former Olympic figure skater Katarina Witt for Munich ― tied Cho at No. 7 on the rankings. Jacques Rogge, the IOC president, topped the list for the third time.

The IOC will dispatch a special delegation to conduct on-site inspections of all three candidate cities in February and March.

PyeongChang is scheduled to receive IOC officials from Feb. 14-20.

PyeongChang came up short in two previous bids against Vancouver, Canada, and Sochi, Russia. The election for the 2018 host city will be held at an IOC meeting in Durban, South Africa, on July 6. (Yonhap News)