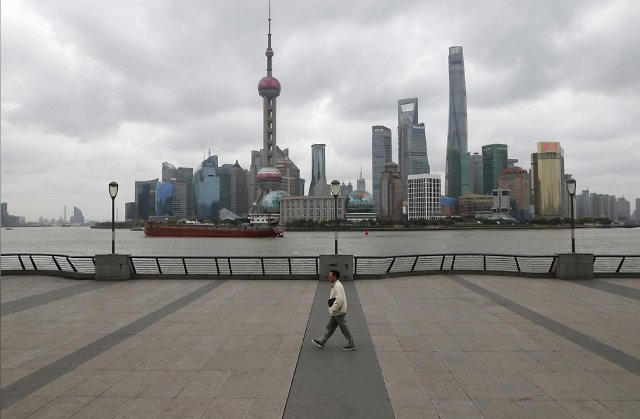 (Reuters-Yonhap)
SHANGHAI (Reuters) -- A few malls and residentialcomplexes in Shanghai have started asking visitors to show proof of COVID-19 vaccination, with one shopping centre's temporarydecision to bar entry sparking a backlash on social media.

A video showing a local resident arguing with securityguards about the legitimacy of barring unvaccinated people atthe entrance of the Pacific Life Plaza in Shanghai has beenshared tens of hundreds of times on China's Twitter-like Weibo.

Several vendors told Reuters that the mall was blockingunvaccinated customers at the entrance, though people couldstill sneak in from the exit. The mall operator could not beimmediately reached for comment."

This is too much, as this is like compulsory vaccination indisguise," one netizen wrote on the popular microblog.

China was hard hit by the coronavirus pandemic last year buthas since largely contained its spread, though there are stilloccasional flare-ups.

Inoculation is voluntary in China, withofficials explicitly told not to enforce compulsory jabs.Shanghai last reported a community infection on Feb. 4.

"Isn't vaccination voluntary, on a recommendation basis, andsomething that is only encouraged? Where did the plaza get theright to bar people from entry?" another netizen said on Weibo.

A Reuters reporter visited the mall late on Monday and sawthe mall is no longer barring people based on their vaccinationstatus.Vendors at another shopping centre in Shanghai said theSheshan Baolehui mall is asking visitors to show vaccinationcredentials, but not blocking unvaccinated people.

China aims to vaccinate 40% of its 1.4 billion people by theend of June. But its success in containing the spread of thevirus and vaccine shortage in some areas could still slow theeffort.Meanwhile, visitors at high-rise residential complex XiandaiXingzhoucheng in northeastern Shanghai are required to showproof of vaccination on their mobile phones, according to anotice seen by Reuters.

Those not vaccinated will need to be registered, the noticesaid."(Residents) who have been vaccinated would not need toregister, enjoying a bit of convenience," said a staff member atthe local residential committee for the Xingtai neighbourhood, where the Xiandai Xingzhoucheng complex is located.

The pace of vaccination in China has accelerated to around20 million doses administered each day on average in the pastweek, compared with a few million in April.

As of June 6, China had administered 777.88 million doses ofCOVID-19 vaccines.By the end of 2021, China is expected to vaccinate at least70% of "target groups", Zeng Yixin, deputy director of China'sNational Health Commission, told the official Xinhua newsagency, without giving details.