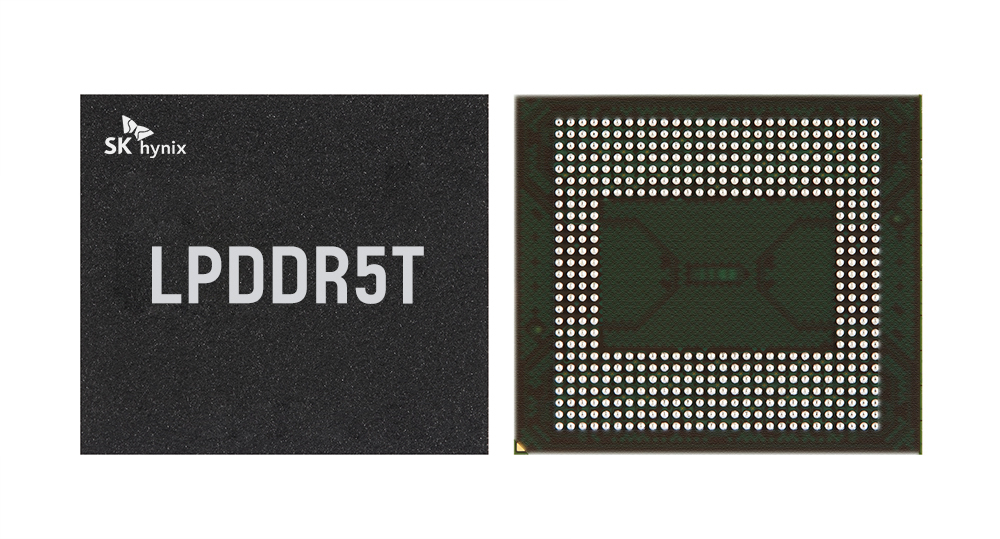 South Korean chipmaker SK hynix said Wednesday it has developed the world’s fastest mobile DRAM chips that have already been delivered to customers.

The new product, named Lower Power Data Rate 5 Turbo, or LPDDR5T, operates at a data rate of 9.6 gigabits per second, 13 percent faster than the previous generation the company rolled out last November.

According to the world's second-largest memory chipmaker, the low-power memory chip for mobile devices such as smartphones and tablet PCs are made to minimize power consumption and feature low-voltage operation.

“With the development of LPDDR5T, the company has fulfilled customers’ demand for ultrahigh-performance products,” said Ryu Sung-soo, head of DRAM product planning at SK hynix.

“We will continue to work on the technology development to lead the next-generation semiconductor market and become the game changer to the IT world.”

LPDDR5T not only promotes excellence in speed, but also in power consumption, operating in the ultralow voltage range of 1.01 to 1.12 volts, set by the Joint Electron Device Engineering Council, the company said.

SK hynix said it provided customers with samples of its 16-gigabyte multichip package, which combines multiple LPDDR5T chips into one package. The packaged product can process 77 gigabytes of data per second, which is equivalent to transferring 15 Full-HD movies in one second.

Forecasting that demand for memory chips with advanced specifications will increase, SK hynix said the application of its latest LPDDR5T will expand beyond smartphones to artificial intelligence, machine learning and augmented and virtual reality technology.

The chipmaker will begin mass producing the new product in the second half of this year.