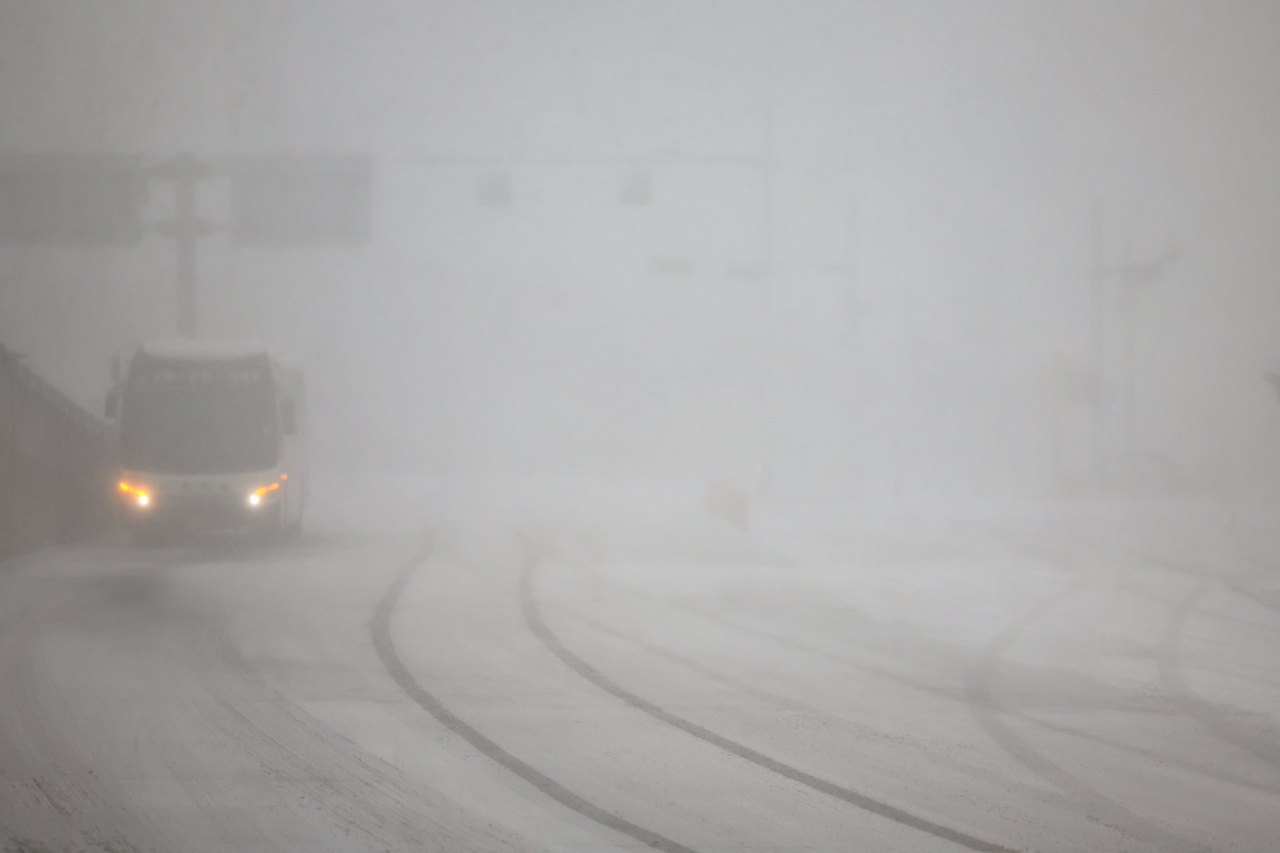 The coldest day of the season gripped South Korea on Tuesday, with morning lows dropping to minus 16.4 degrees C in Seoul and to minus 25.5 C in the northern county of Cheorwon, the state weather agency said.

The lowest apparent temperature for Seoul was minus 25.5 C, while that of Cheorwon was minus 39.3 C, the Korea Meteorological Administration (KMA) said.

A cold wave warning is issued when the morning low is below minus 15 C for more than two consecutive days, or when the temperature drops sharply and major damage is expected. Cold wave alerts took effect for most of the country, including Seoul, starting at 9 p.m. the previous day.

The mercury dropped to minus 1.9 C in Jeju Island as heavy snowfall, of up to 30-50 centimeters, is expected to hit the island.

Morning lows are expected to dip further to between minus 9 to minus 23 C on Wednesday, when people start returning to work after their extended Lunar New Year holiday, according to the KMA.

Meanwhile, strong winds and heavy snowfall led to the suspension of many flights and passenger ships.

As of 6 p.m., the public safety authorities restricted the operation of 113 passenger ships, including on routes linking Baengnyeong Island and Incheon, and the southern cities of Pohang and Ulsan.

According to the aviation authorities, a total of 476 flights to and from the southern island of Jeju were canceled due to inclement weather.

To help those stranded in Jeju, the authorities plan to add 25 more domestic flights on Wednesday, bringing the total number of planned inbound and outbound flights at the Jeju airport on the day to 514. (Yonhap)