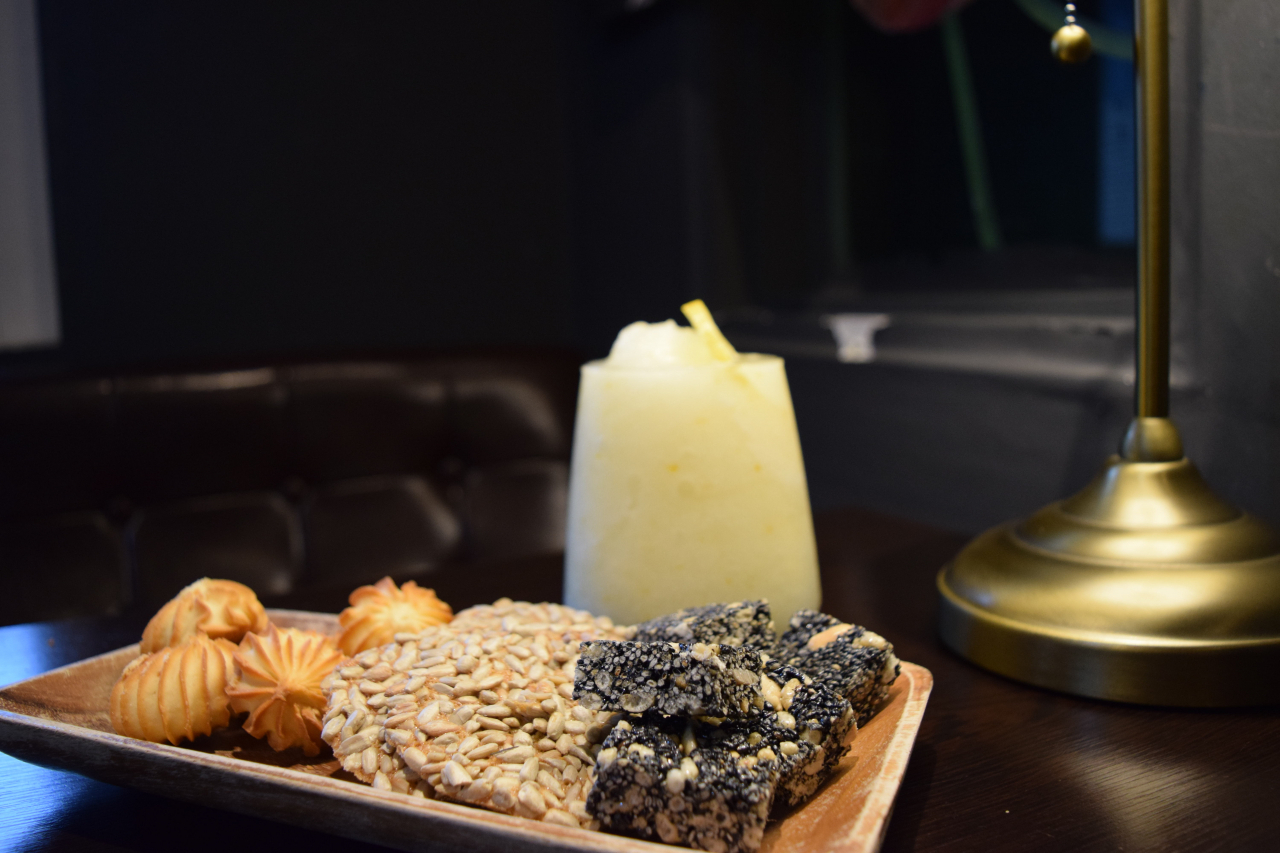 Although ways of spending the Lunar New Year in Korea have evolved significantly in the past decades, being with family and friends over good food remains unchanged.

After the day's feast, munching on bags of traditional snacks can bring back old memories for adults, while triggering the curiosity of youngsters.

What are known as traditional snacks today are mostly of Japanese origin and were introduced to the country during the colonial period. Over time, these snacks changed in shape and flavor and began to be sold from pickup trucks and traditional markets.

Popular old-fashioned snack stores today offer customers the pleasures of enjoying traditional snacks, while also keeping up with the trends for first-timers to newly reach out for the addictive treats. 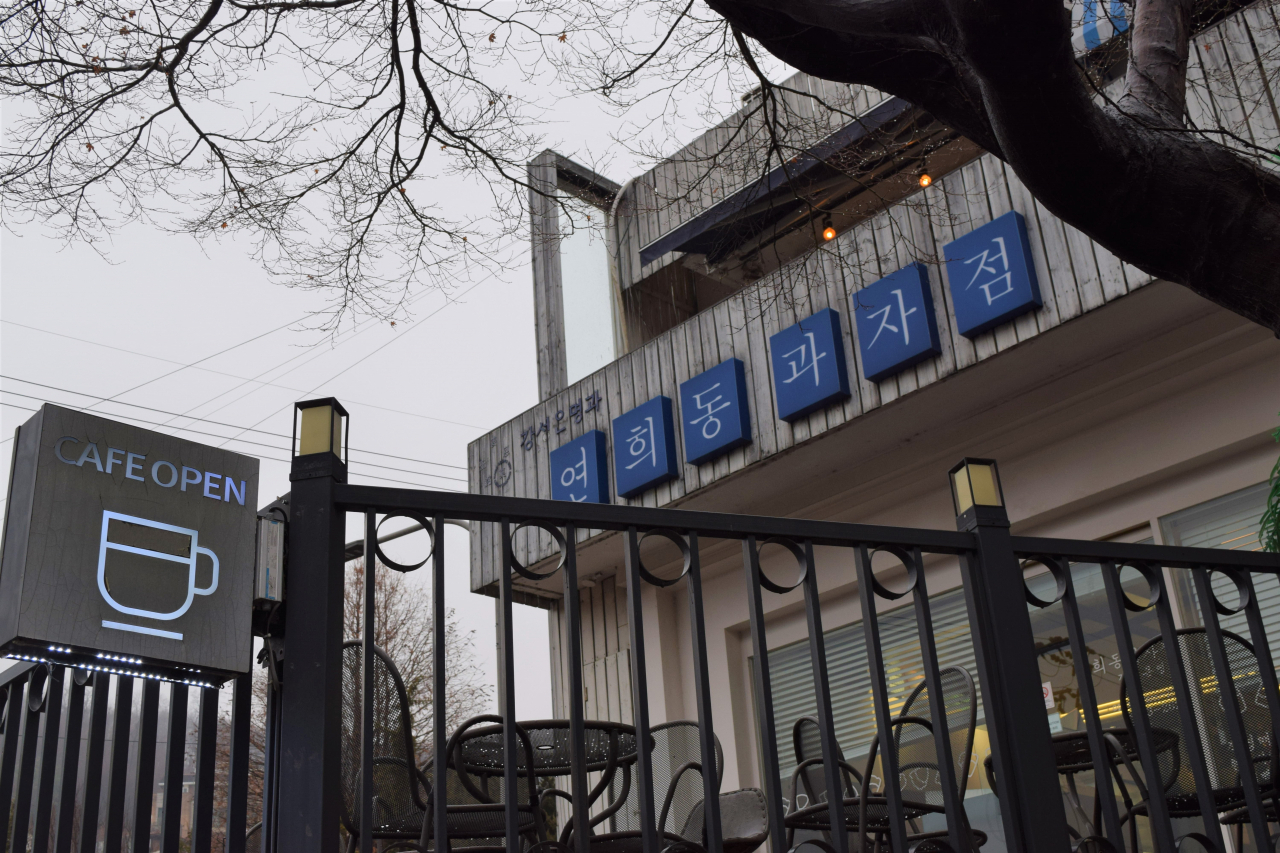 Looking to give traditional snacks a makeover and attract young people, the owners turned the two-story building into a cozy space with comfortable sofas where customers can nibble on snacks with a cup of coffee or tea.

"We started the business some 10 years ago, and at the time, my 9-year-old son named each (snack) after tasting them," Kang Ba-eul, co-owner of the store, told The Korea Herald. "Now that he is a high school student, he talks proudly to his friends that the names were his idea."

The wadadak series consists of brittle ingredients like peanuts or pecans, and is named after the sound of people biting into snacks. The dongdongee series includes snacks with nutritious ingredients, such as black bean and pistachios, sprinkled on top.

Four to six pieces of each type come in a small package, with ingredients noted on the back.

One of its signature items is the bam gwaja, also known as sangtu gwaja, named after its shape that resembles the men's traditional top knot hairstyle. Those who are gluten-intolerant will appreciate bam gwaja made of sweetened white kidney bean paste instead of flour.

Snacks at Yeonhuidong Gwajajeom fall on the less sweet side, with wholesome and aromatic flavors. 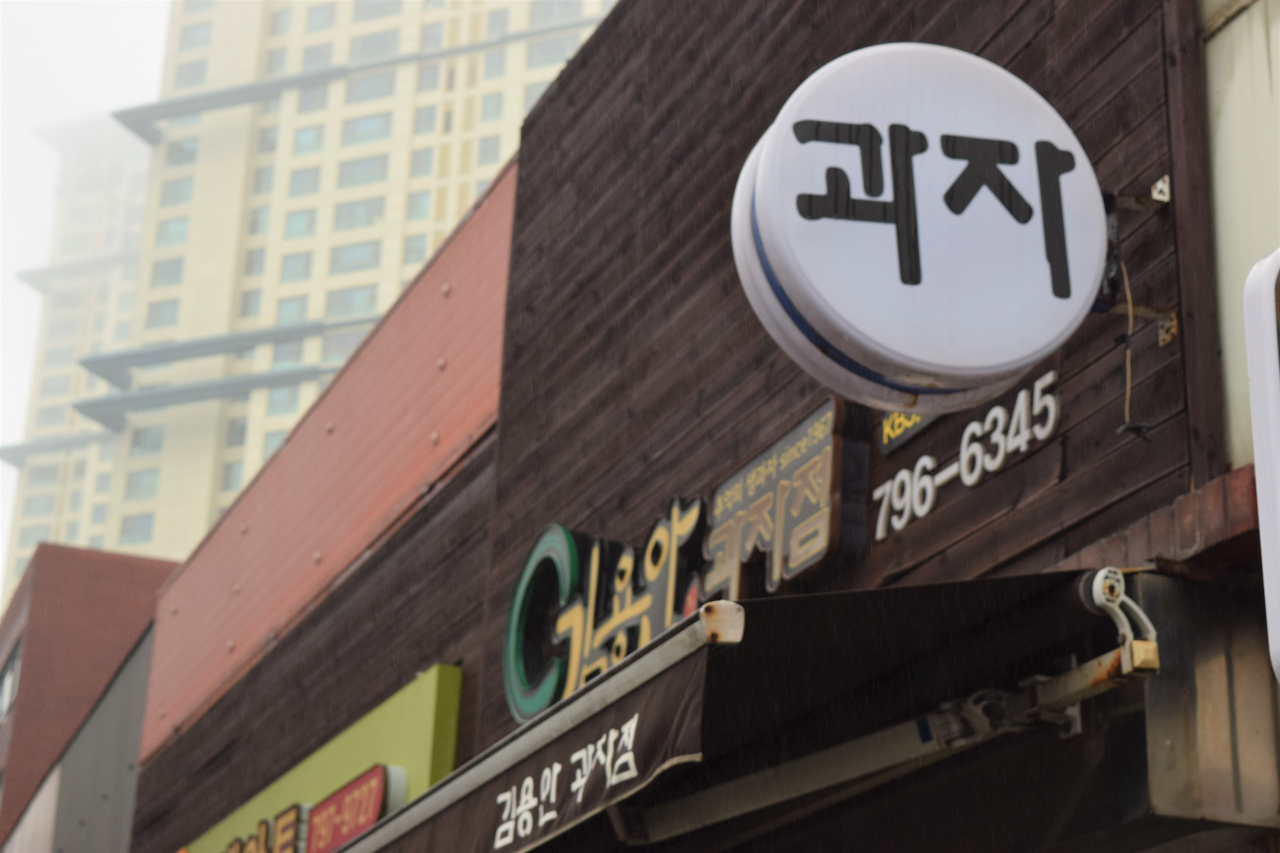 Located just a minute’s walk from Samgakji Station, Kim Yong-an Gwajajeom has been at the same place since 1967, delighting generations of customers with its homemade snacks.

If you want an authentic Korean snack experience, this is the place.

Stepping into the store, one can smell the sweet and savory scent of Korean-style senbei being baked with a generous mix of egg batter. 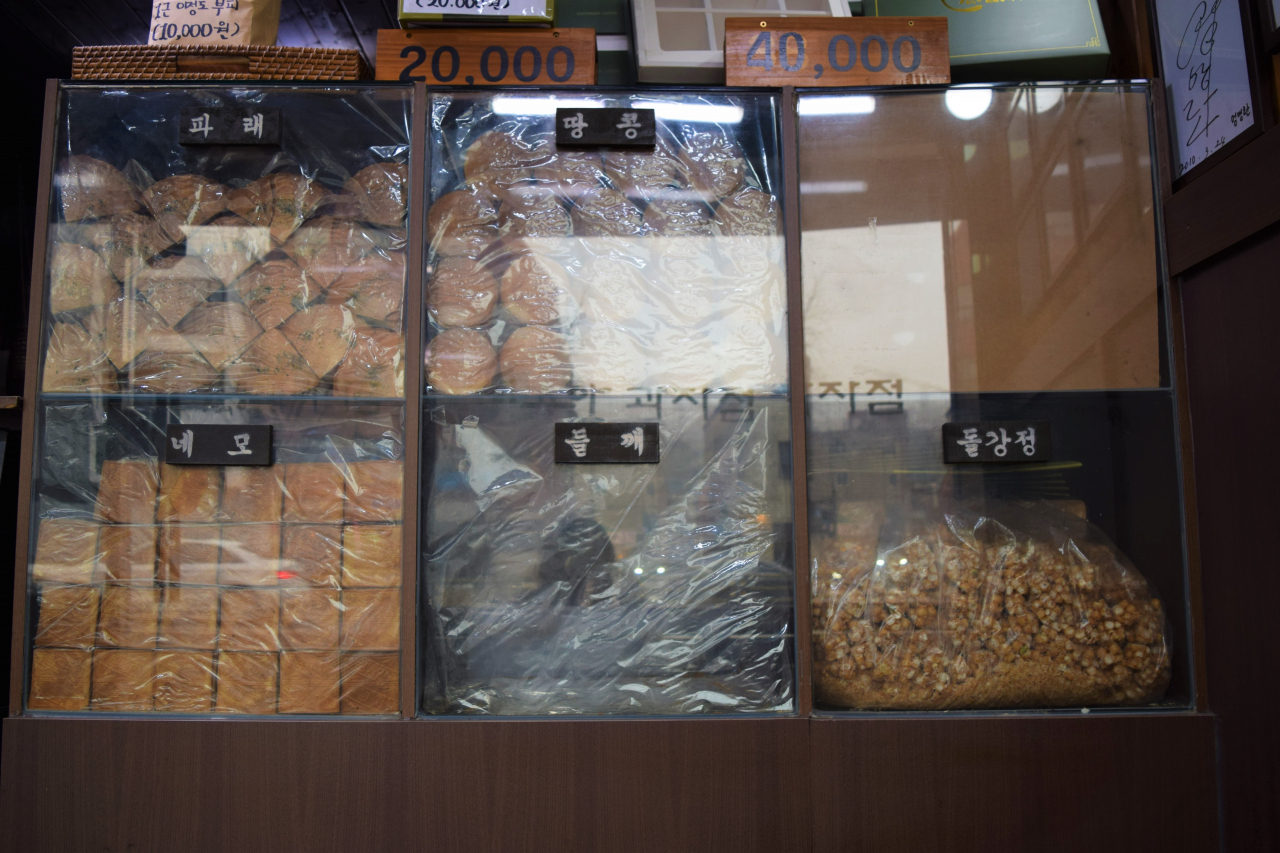 Some eight different snacks at Kim Yong-an Gwajajeom are crunchy and crispy, with moderate sweetness. One of the customer favorites is parae jeonbyeong, seaweed-sprinkled senbei.

"Before the pandemic, we had regular customers from Japan and US soldiers from the Yongsan military base," said Kim Hyeong-joong, owner of Kim Yong-an Gwajajeom. He would be happy to see them return to his father's place, Kim said, adding that they won't be able to forget the taste of their snacks. 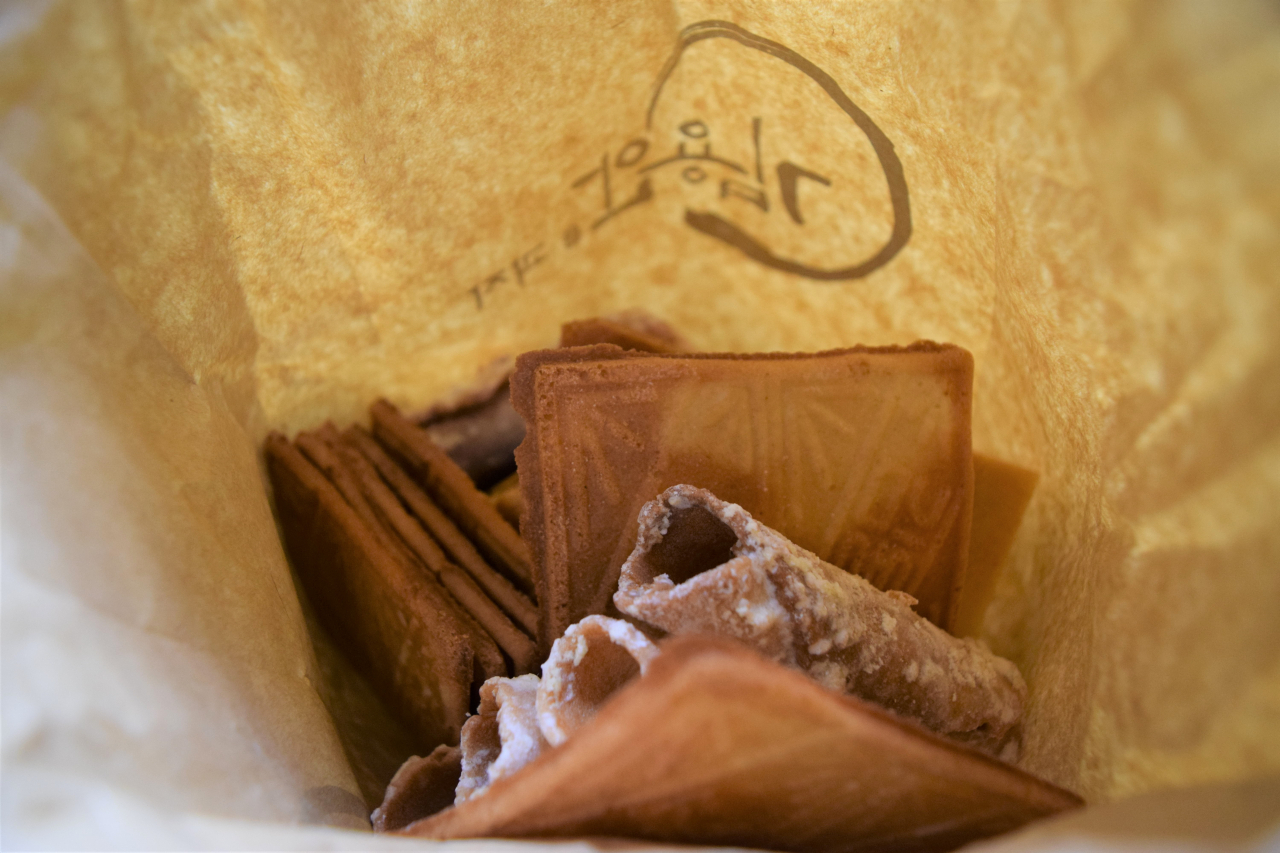 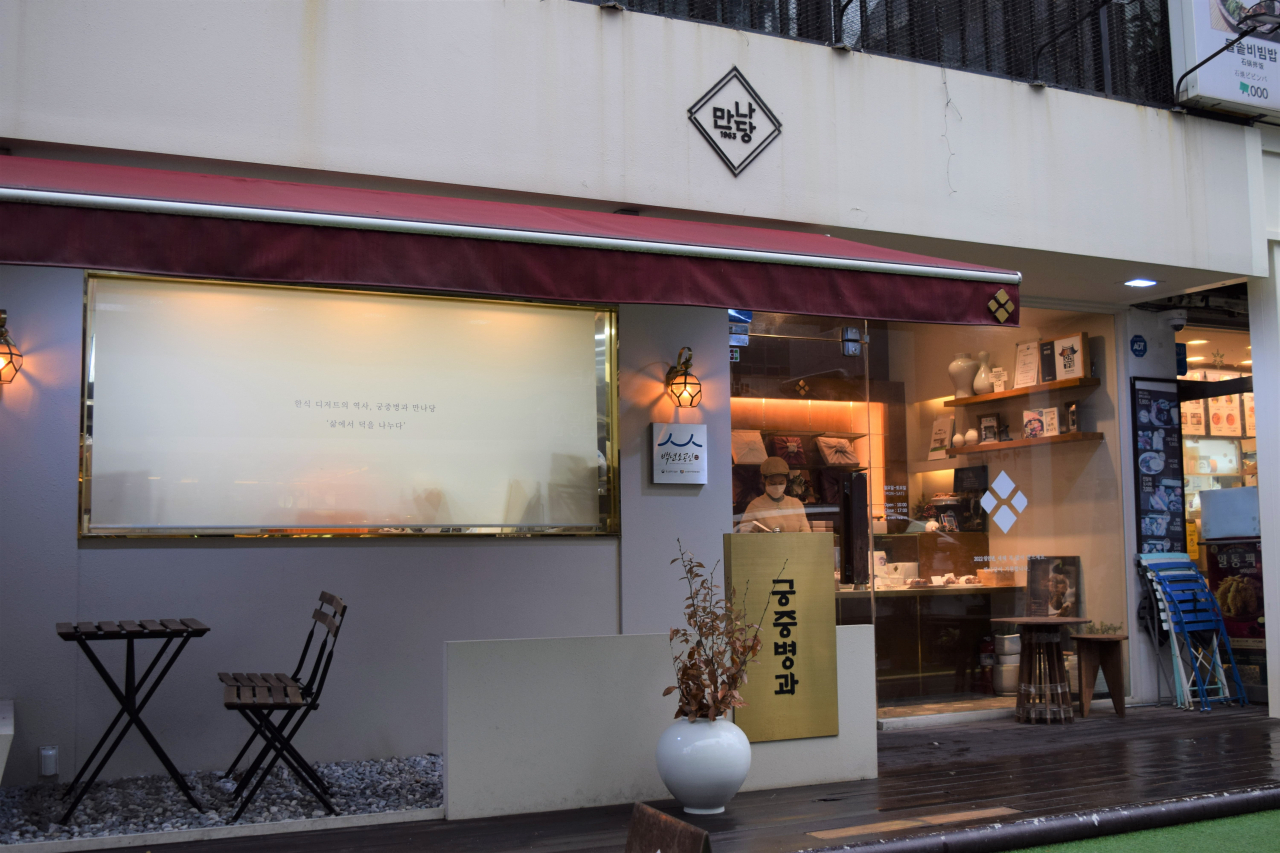 If you prefer a chewy texture for your snacks, try Mannadang, located a block away from Garosugil in Sinsa-dong, southern Seoul.

Since 1963, the store has been reinventing Korean sweet confectioneries that were once served to the royals.

Hwang Mun-cheol, a master of royal confectioneries, passed down his skills to his son Hwang Ji-hyun, who now manages and operates Mannadang with his family.

Customer favorites here are yakgwa, deep-fried chewy treats made with wheat flour, honey and ginger, and mandugwa, a mandu-shaped yakgwa with cinnamon, ginger and jujube filling. 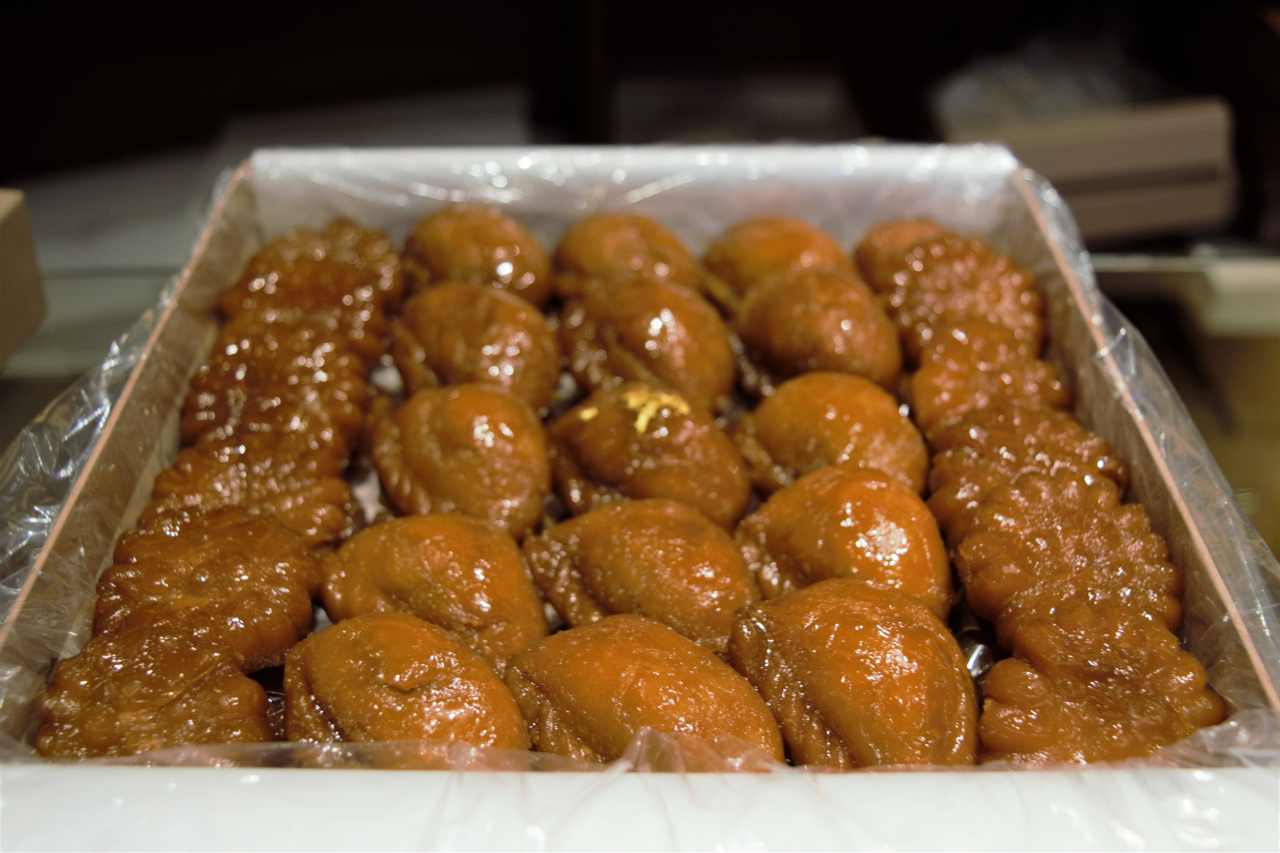 Honey is used instead of sugar to make Mannadang's yakgwa, which are also less greasy compared to those commonly sold at markets. As for mandugwa, the more you chew, the more of the unique and complex flavor of the filling you will experience.

While yakgwa and mandugwa can be bought ready-made at the store, other snacks such as yugwa, dasik and different types of tteok must be ordered in advance via the store's website.