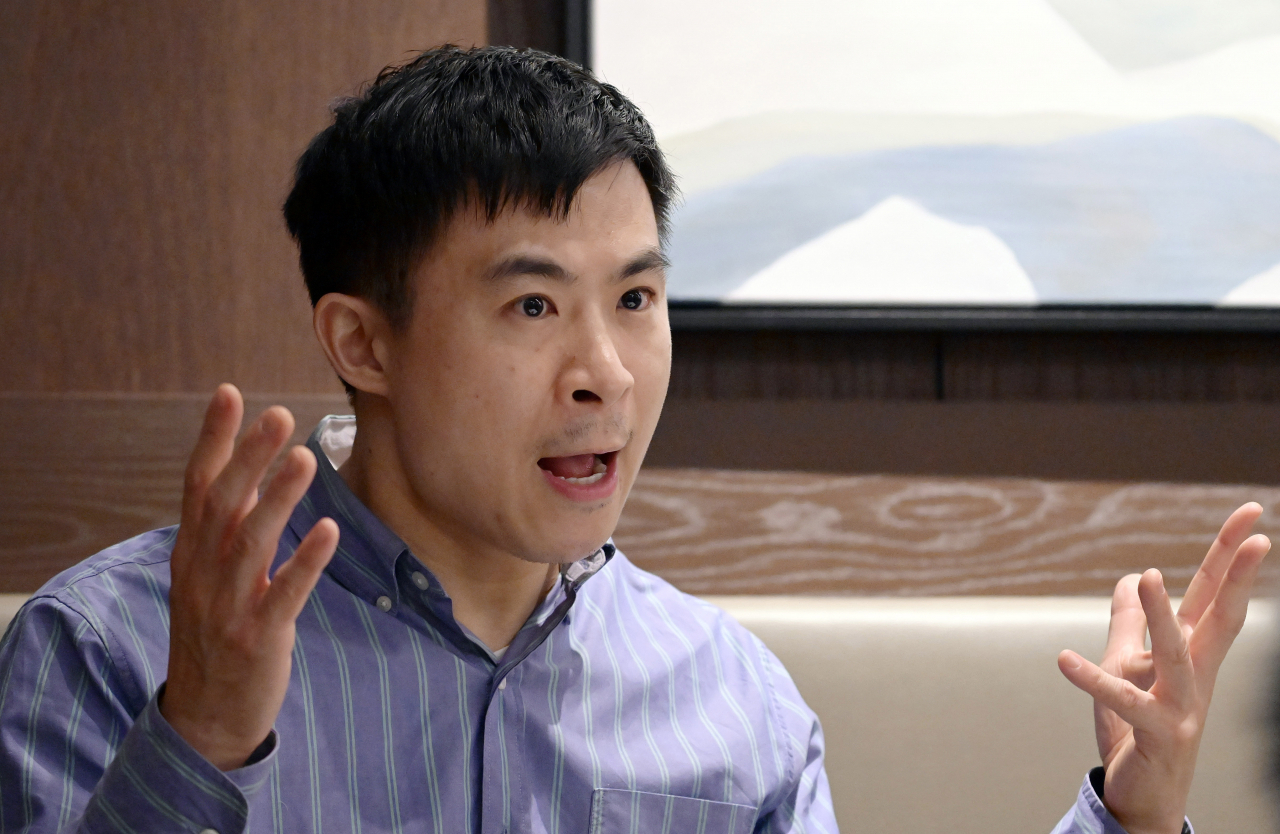 Alex Edmans, a professor of finance at the London Business School, speaks during an interview with The Korea Herald in Seoul, Tuesday. (Lee Sang-sub/The Korea Herald)

The rise of shareholder activist campaigns will provide outside perspectives for Korean companies and increase their values both socially and financially in a long term, said Alex Edmans, a finance professor at the London Business School.

“Evidence shows that when you have shareholders engaging, as long as these are large shareholders which have skin in the game, and therefore incentives to do a lot of their own research, it is useful to listen to those outside perspectives,” Edmans told The Korea Herald in Seoul, Tuesday. Edmans pioneered research in corporate social responsibility years before it became fashionable.

“Whether it’s a campaign initiated by an institutional investor like a pension fund or mutual fund, shareholder activism is typically good for long term financial and social values.”

Those campaigns will also have a positive impact on the Korean economy, which is dominated by family-run business conglomerates, also called chaebol.

“There are some specific interesting features of the chaebol,” he said, noting that a concern is when everything is family owned and family controlled, there may be a lack of outside views and outside opinions.

However, if the external activism comes from a shareholder with a small stake in the company such as a charity which only cares about one particular issue, then it could be “destructive to long term value because they have objectives other than financial welfare in mind.”

The investment banker-turned-professor is known for his landmark 2020 book “Grow the Pie: How Great Companies Deliver Both Purpose and Profit.” The book provides evidence-based analysis on how the influence of well-designed stewardship can yield benefit in terms of both financial returns for investors and returns for all stakeholders in a way that benefits society as a whole.

There have been changes in ESG trends among companies after the global economy was hit by the COVID-19 pandemic.

“Before the pandemic, companies served society by sacrificing profits you donate to charity. But now they’ve changed the type of ESG campaigns to create value. That is a much better way of serving society because that doesn't cost them anything,” he said.

The professor took as an example Korean tech giant Kakao, which was using its technology to track the spread of COVID-19 and the availability of vaccines in hospitals so people knew where to get vaccinated.

Edmans said that his idea of ESG is one in which companies are focused on not trying to be all things for all people, but to focus on a couple of problems that they the biggest expertise in solving.

He has a skeptical view on ESG ratings by score providers such as Thompson Reuters, MSCI, Refinitiv, S&P Global and Sustainalytics, which were initially designed to help investors identify and understand financial ESG risks to a business and help companies to attract investment.

Inconsistent ESG rating practices among rating providers do not necessarily measure a company's impact on society and the planet and measure their performance on very common metrics such as water usage, carbon emissions and gender pay gap.

“The best ways to serve society are unique to you. Using your expertise is the key which can vary depending on each firm, from promoting right for vote to phone launching,” he said.

“Any judgment is partly quantitative, but also partly qualitative. Though I'm a finance professor and I should understand the power of data, I also want to recognize the limitations of data,” he said.