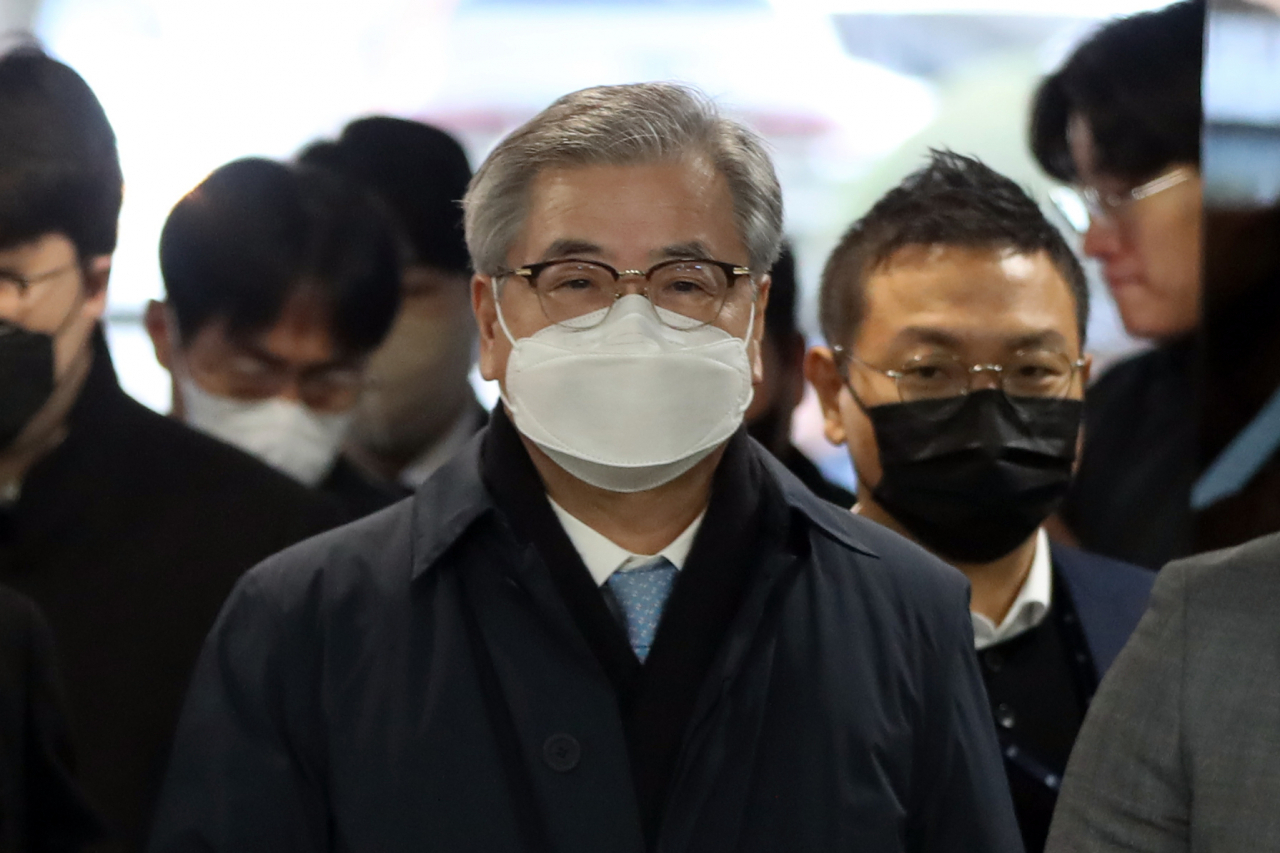 Former national security adviser Suh Hoon was indicted Friday on charges of irregularities surrounding the 2020 death of a South Korean government official at the hands of North Korea in the first indictment of a ranking official in the preceding Moon Jae-in government.

The Seoul Central District Prosecutors’ Office has been investigating the death of the fisheries official, who was fatally shot by North Korean coast guard members near the Northern Limit Line in the Yellow Sea, a day after going missing while on duty on board a fishery inspection vessel.

The former Moon Jae-in government had concluded the official was attempting to defect to the North. But the Coast Guard and the military reversed that conclusion in June after President Yoon Suk-yeol took office, saying there was no evidence to suggest an attempted defection took place.

Suh is accused of being involved in the previous Moon government’s conclusion without sufficient evidence that the official was killed while attempting to defect to the North.
Ex-national security adviser indicted over slain official case

Suh is also suspected of having ordered key security officials to delete internal intelligence reports that contradicted the conclusion that the South Korean official was planning to defect.

The indictment did not include allegations that Suh ordered relevant ministries to delete intelligence reports. The prosecution cited the need to further probe the issue.

The former national security adviser has been under arrest since Saturday, when a Seoul court issued an arrest warrant for him, citing the seriousness of the case and the possibility of Suh trying to destroy evidence.

The prosecution also indicted former Coast Guard Commissioner General Kim Hong-hee, who was accused of manipulating evidence to reach the conclusion that the fisheries official voluntarily attempted to defect to the North.

Following the indictment of Suh and Kim, the prosecution is expected to question former National Intelligence Service chief Park Jie-won and former Defense Minister Suh Wook on allegations they deleted and edited intelligence reports upon the former adviser’s order.

Moon has voiced deep concerns over the investigation, saying a “matter of national security” should not be a “subject of political strife.” (Yonhap)