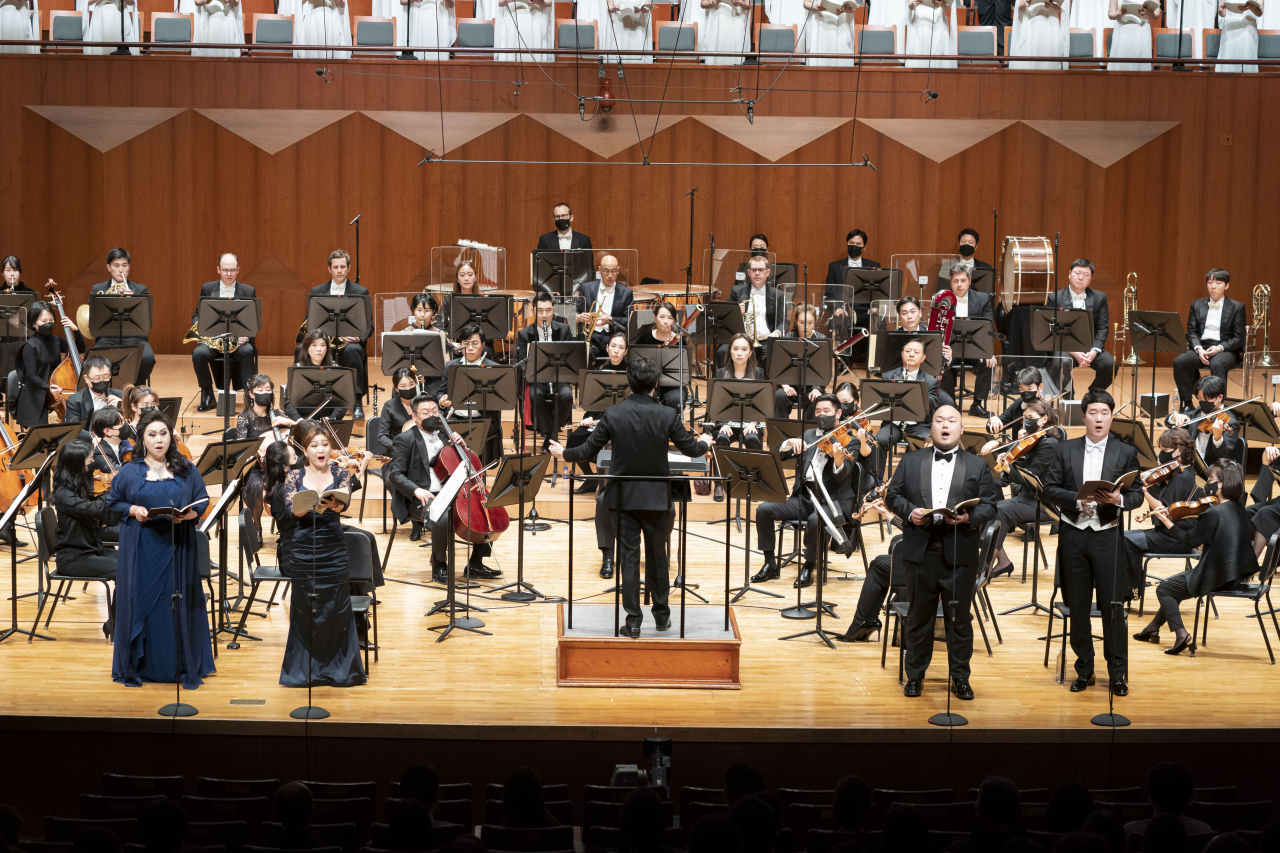 The outgoing music director and conductor of the Seoul Philharmonic Orchestra, Osmo Vanska, is unable to lead his last concert as music director due to a fall injury, the orchestra said on Friday.

Vanska was originally scheduled to take the stage for the orchestra's year-end repertoire of Beethoven, Symphony No. 9 in D minor, Op. 125 ‘Choral’ on Dec. 14, 15 and 16. He suffered a fall, rendering him unable to travel, SPO said.

It was supposed to be his first and last chance to lead SPO's Beethoven's Symphony No. 9. He was unable to make it to the previous two concerts due to the COVID-19 pandemic.

Stepping in for Vanska, Korean pianist and conductor Kim Sun-wook will take the baton for next week's concerts.

Kim, who first performed with the SPO in August for the Liberation Day celebration concert, was at the airport when SPO contacted him and decided to extend his stay in Korea.

He was supposed to lead the SPO in October next year for a regular concert.

"We sincerely appreciate Kim Sun-wook for making a difficult decision to conduct in an urgent situation and we wish for conductor Osmo Vanska's fast recovery," an official at the SPO said.

Even though Vanska's term ends at the end of this year, he will come back to South Korea in January and March next year to finish the Sibelius Cycle, a project covering all of the Finnish composer’s symphonies, as a guest conductor. It is unclear whether he will have fully recovered by then.

Meanwhile, the Seoul Philharmonic Orchestra will operate without an artistic director in 2023 as Dutch conductor Jaap Van Zweden, SPO's next director, begins his term in January 2024.