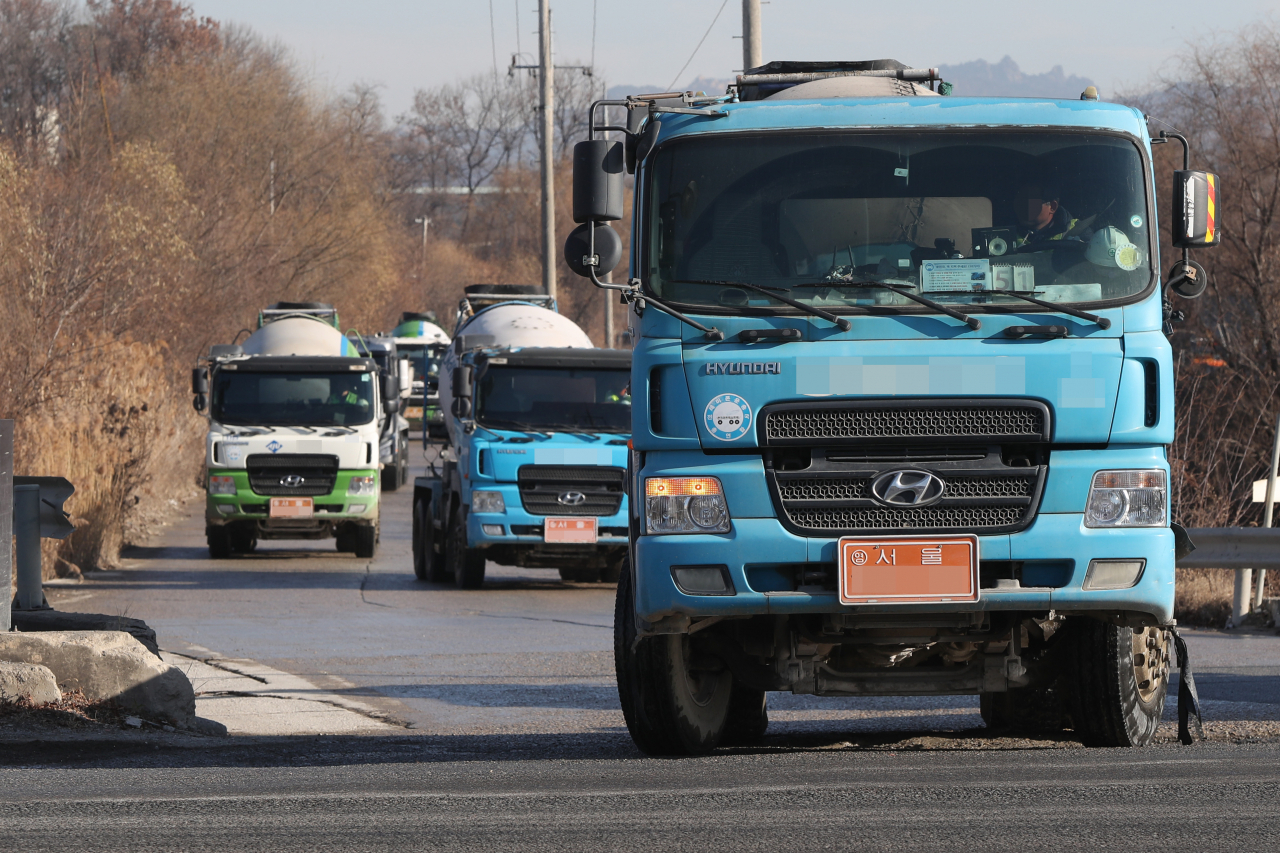 President Yoon Suk-yeol on Thursday approved the Cabinet's request to issue another order mandating striking truckers to return to work, sticking to his hard-line stance against unionized workers, amid his favorability rating hitting a five-month high.

The decision was made during an extraordinary Cabinet meeting where ministers agreed to impose legal means to push an end to the strikes. Supply disruptions across the nation have ground factories to a halt, hindering exports of goods from South Korea's export-driven economy, the Cabinet said.

Prime Minister Han Duck-soo also warned that supply disruptions in the steel and oil industries could spill over to other key industries such as automotive manufacturing, shipbuilding and semiconductor chipmaking, thus affecting national economic growth.

"We are feeling a sense of urgency and gravity as we wait for striking truckers to voluntarily return to work," Han said. "We will not compromise with any unlawful acts and (those who refuse to comply) will face serious consequences."

The order was issued amid the Yoon administration gaining confidence in its policy drive, with the president's approval rating recovering. According to ratings tracker Opinion Research Justice on Thursday, Yoon's presidential job approval rating came to 41.5 percent, based on a survey of 1,000 adults from Monday to Tuesday. The figure is an apparent recovery from late November, when Yoon’s approval rating plummeted over the indefinite suspension of daily informal press briefings with reporters.

The order imposed Thursday was a predictable move, as a contingency pangovernmental meeting held Wednesday afternoon heralded a follow-up order. It was a more aggressive approach from Han’s wait-and-see stance in the previous Cabinet meeting Tuesday.

Transport Minister Won Hee-ryong confirmed Thursday that some 6,000 steel cargo truckers and 4,500 truckers carrying petrochemical goods will be affected immediately by the order.

This stems from the ballooning financial damage that have hit affected industries.

As of Thursday, the cumulative financial damage on the steel and petrochemical industries due to logistics delays amounted to a combined 2.6 trillion won ($1.97 billion), according to Finance Minister Choo Kyung-ho in a briefing after the Cabinet meeting. Steel shipments have halved from the normal level over the past 13 days up to Tuesday, while petrochemical shipments fell by about 80 percent.

Choo added that an executive order was inevitable, because affected industries are on the verge of suspending facility operations. A suspension of a steel mill or a petrochemical plant could paralyze the supply chain for the next two weeks given the time it takes to resume operation, Choo added. 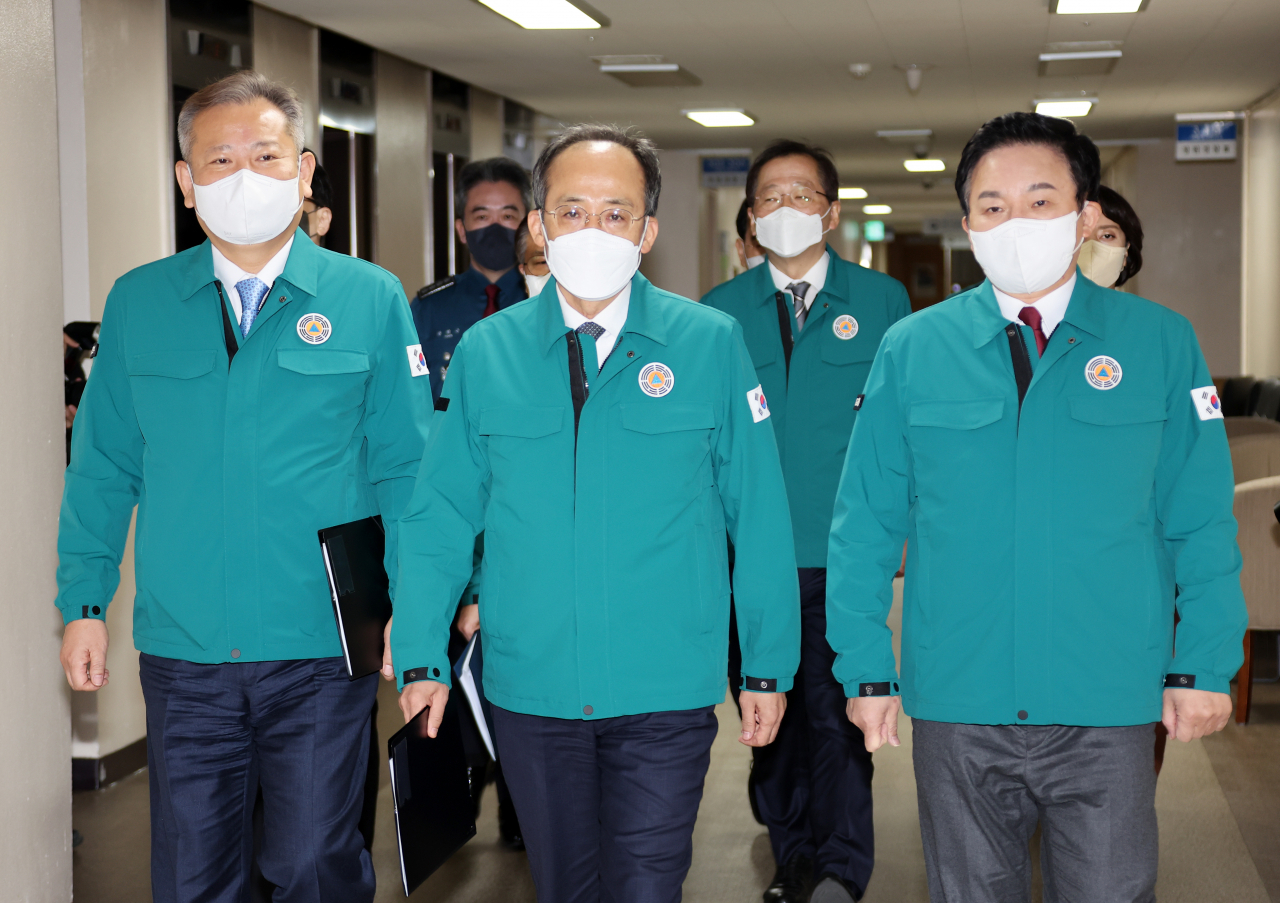 The follow-up order came more than a week after the Yoon administration's executive order concerning some 2,500 cement truckers on Nov. 29.

It was the first such order since the introduction of the Trucking Transport Business Act in 2004. Failure to comply with the order is punishable by up to three years in jail or a fine of up to 30 million won, as well as suspension of the trucker's license.

The first batch since the order seems to have brought the cement industry and ports carrying containers back to life.

In light of the order, the strike has been losing luster. Striking truckers have been seeking a permanent and wider application of a minimum guaranteed freight rate that has been in place since 2020.

The ministry revealed that 3,900 out of some 22,000 Cargo Truckers Solidarity union members were staging a protest as of Wednesday. This came to 40 percent of the number of protesters when the strike kicked off two weeks before.

Over 60 percent of 787 cement truckers who received a return-to-work order letter complied as of Wednesday, according to Thursday's estimate.

On the legislative front, the main opposition Democratic Party of Korea approved on Thursday the ruling People Power Party's proposed revision bill designed to extend the minimum freight rate policy for cement and container truckers by three more years until 2025.

When asked about whether the bill could be vetoed in retaliation for truckers, the presidential office neither affirmed nor denied, while reiterating its stance that no conversation will start with protesters unless they return to work.

"There is no bargaining from our end for truckers to return," a spokesperson from Yoon's office said. 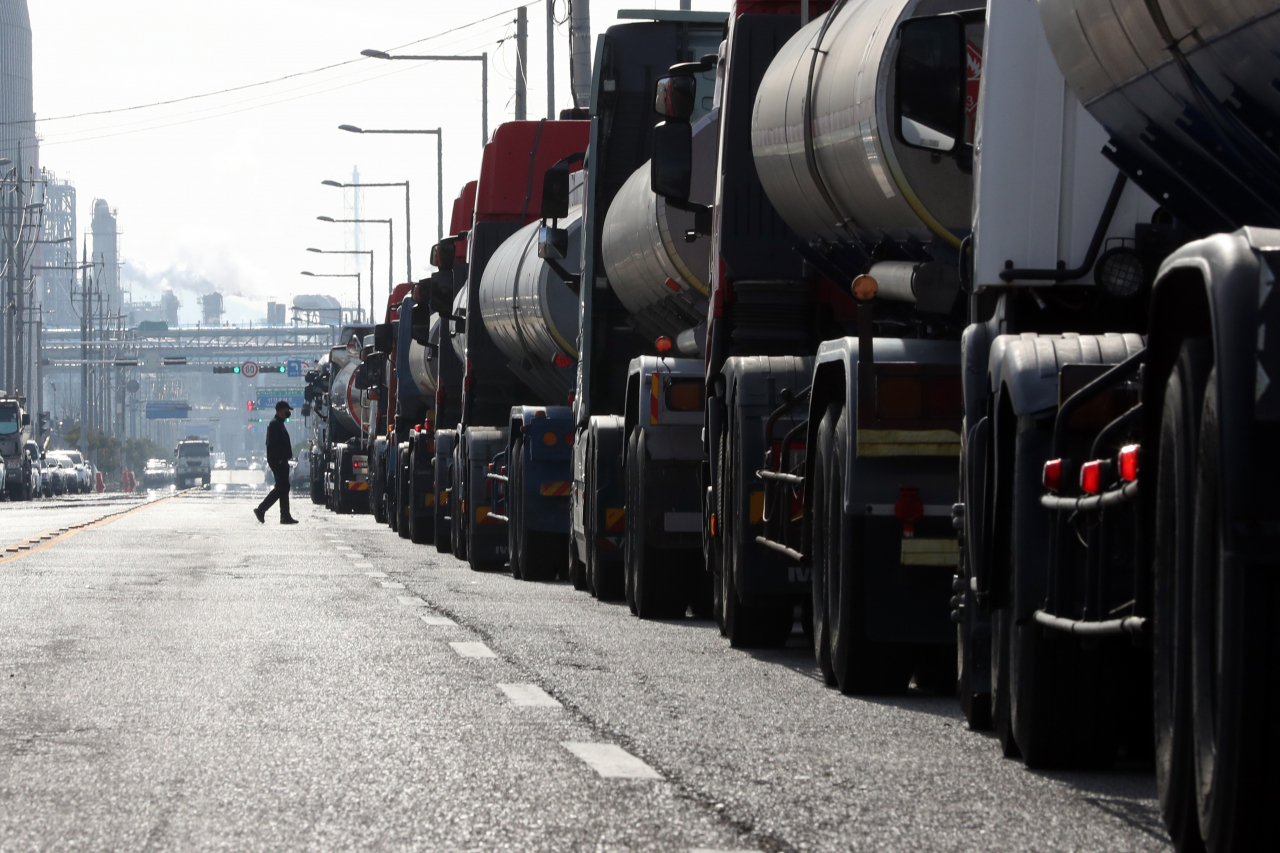