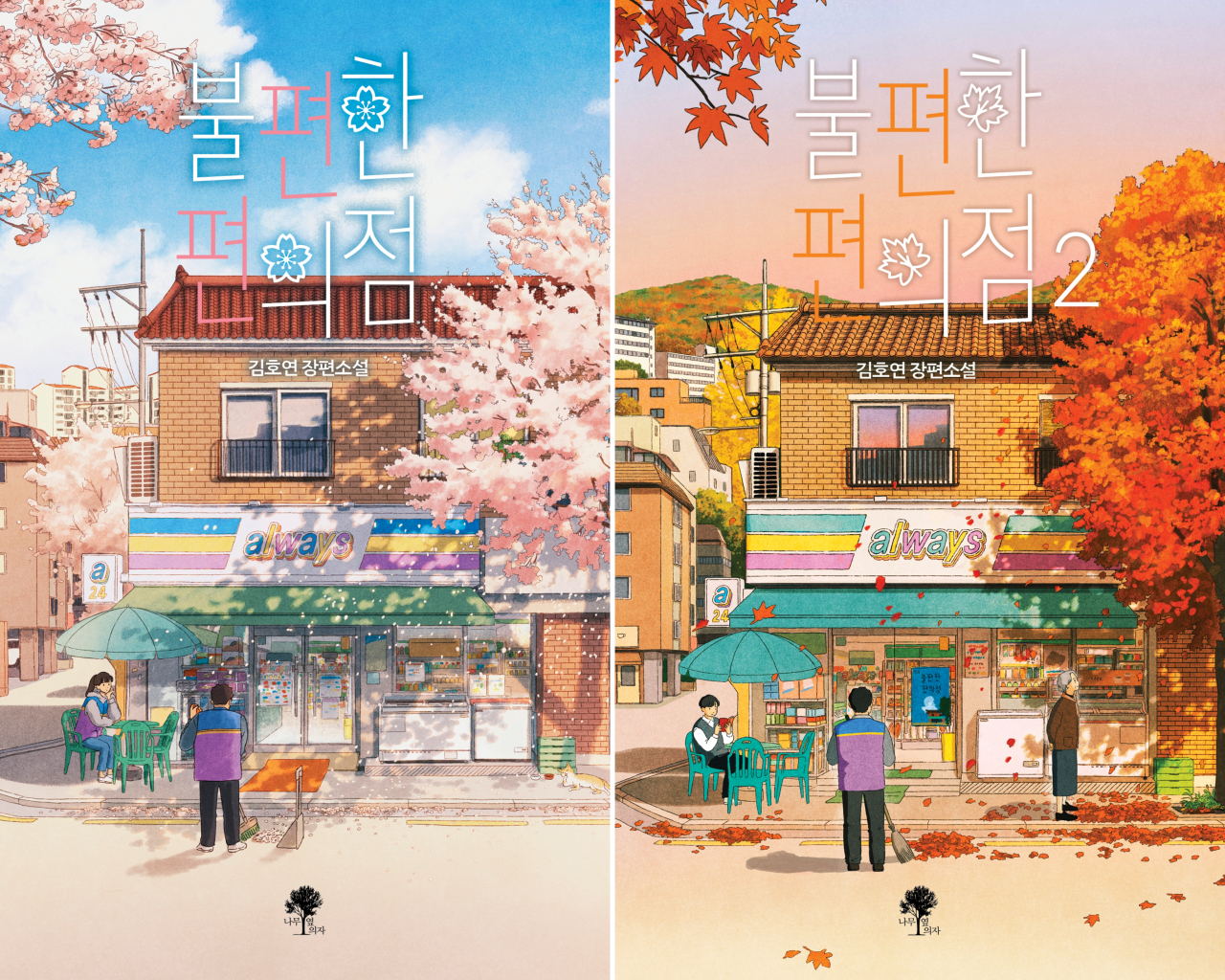 In November, the two-volume series sold a combined 1 million copies, according to publisher Namu Bench. It is the third to do so since 2020, following Lee Mi-ye’s fantasy series “Dollargut Dream Department Store” and Sohn Won-pyung’s coming-of-age novel “Almond.” Lee’s series was last year’s No.1 bestseller at both Kyobo and Yes24.

“Uncanny Convenience Store” begins with Dokgo, a homeless man living in Seoul Station. He finds a wallet belonging to an elderly woman and the story unfolds as he works the night shift at her small convenience store in an old Seoul neighborhood.

The heartwarming story has captured readers’ hearts, while works under the theme of “healing” and “comfort” seems to have lead the bestseller lists, the two bookstores said.

Fiction novels performed well this year, accounting for half of the titles among the top 10 bestsellers, according to Kyobo Book Center.

Among foreign novels, Lee Min-jin’s “Pachinko” topped the list at Kyobo. Lee's family saga gained popularity in Korea after its drama adaptation was released on Apple TV earlier this year.

The publishing rights to "Uncanny Convenience Store" have been sold to eight countries including Japan, China, Russia and Turkey. Translated editions have already been released in Thailand, Taiwan, Vietnam and Indonesia. In Taiwan, the book has been the bestselling translated novel since its publication in September, according to Namu Bench.

The story is also being adapted for a stage play and a television drama series. The play will hit theaters in the spring of 2023 while the drama series is slated for a 2023 release on ENA.