South Korea went down in the Round of 16 match of the FIFA World Cup Qatar 2022 against Brazil, as the top-ranked team in the world easily beat the underdogs 4-1 at the match held at the Stadium 974 in Doha on Tuesday, Korean Time.

Widely considered favorites to win at all, the Canary Squad proved to be too much for the Koreans to handle. The game ended up being a landslide after Vinicius Junior scored the first goal seven-minutes into the match, followed by goals from Neymar,Richarlison and Lucas Paqueta. 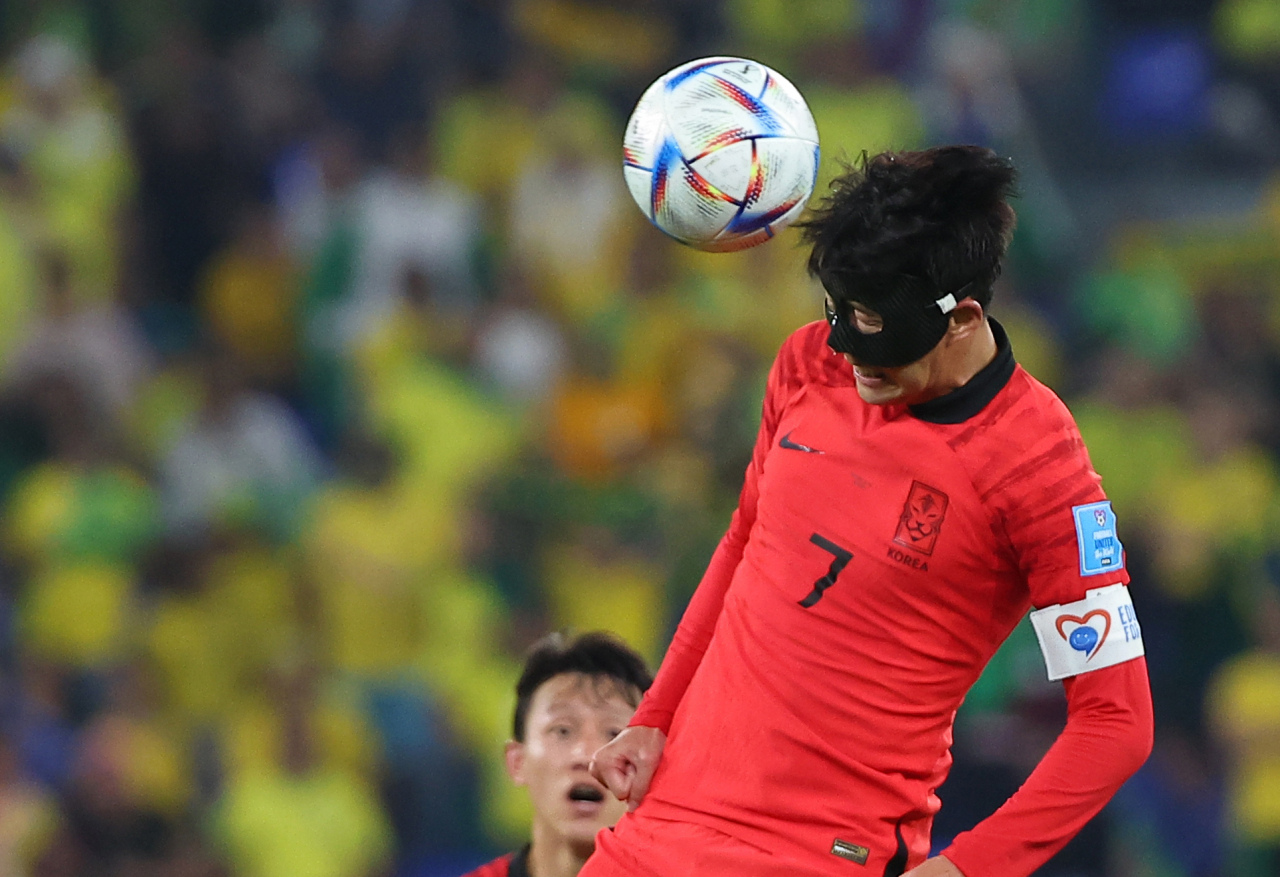 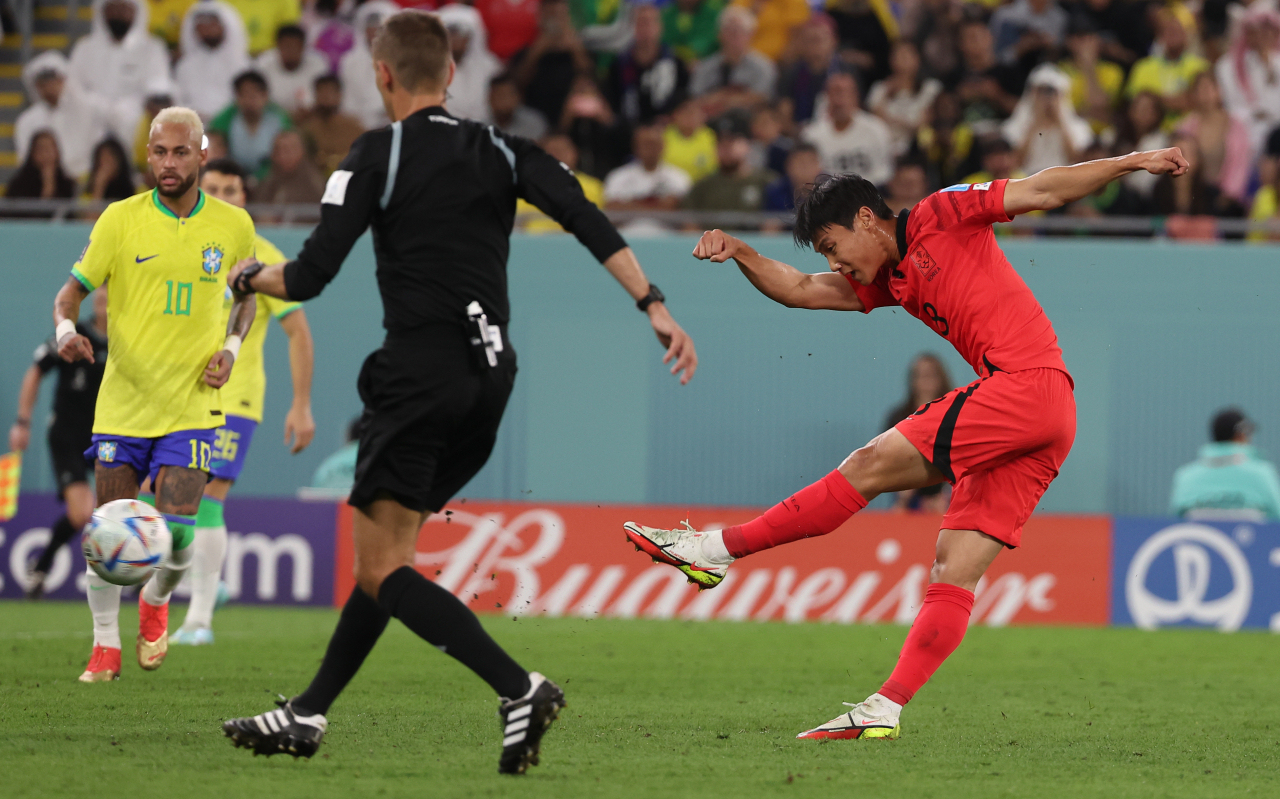 Paik Seung-ho managed to score the only goal for South Korea at the 76 minute-mark.

Thousands of South Korean fans who withstood sub-zero weather for the public screening of the game at the crack of dawn were distraught.

South Korean fans gathered at the Gwanghwamun Plaza in the city’s center for a mass public screening event set up by the team’s official supporters club, Red Devils. The devils cheered on their stars, after Seoul city gave the go-ahead to use the square on Monday.

South Korea’s trip to the Round of 16 itself has been a rough journey, with the nation failing to log a single win of the Group H match until the last game against Portugal. Brazil, on the other hand, clinched its birth two match into the Group G stage. 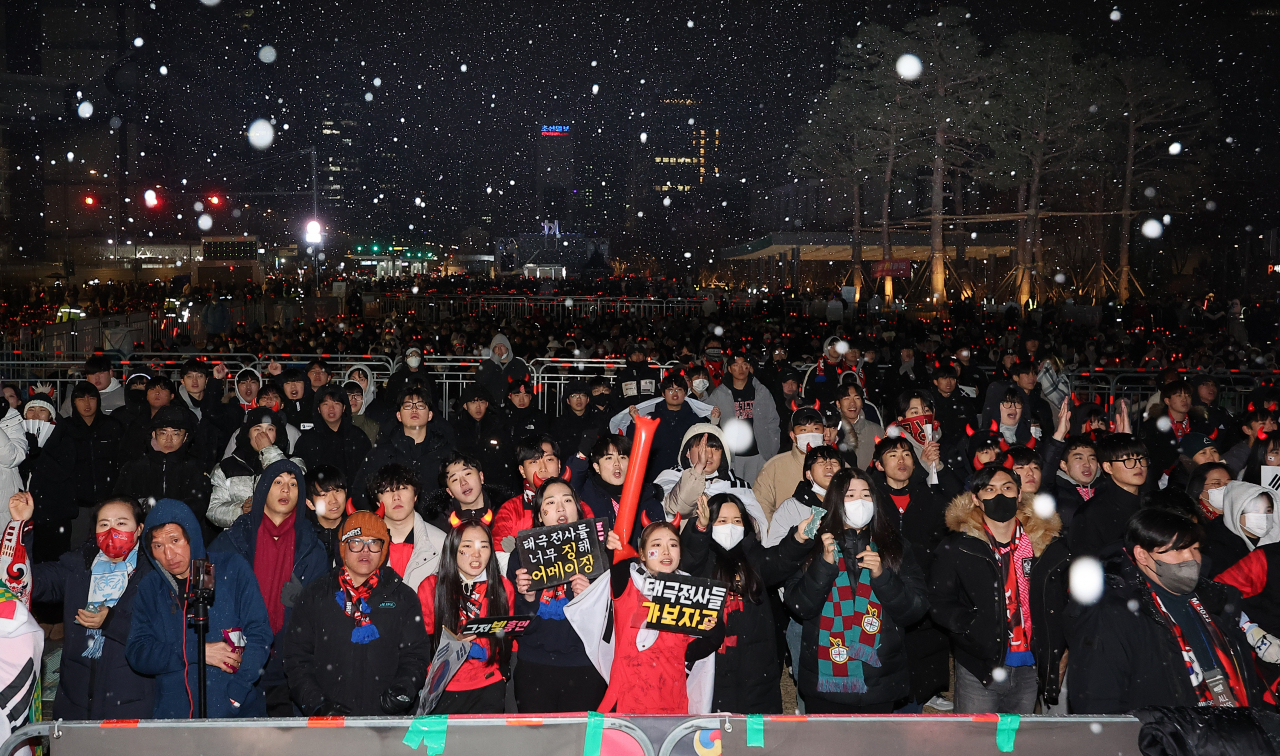 The odds of South Korea, ranked 28th in the world, beating the five-time champions seemed improbable, with multiple players including captain Son Heung-min suffering a face injury just a month before, and top class defender Kim Min-jae being hurt in the first group stage match against Uruguay.

Both players played the match, despite the team ultimately failing to move on to the next round.

Despite the heartbreaking defeat, South Koreans advancement to the knockout stage was considered a success by the nation’s standards. The team has only survived the group stage three times in its history, and moved beyond the Round of 16 only once.

Brazil will now face off against Croatia at midnight of Saturday, Korean Time, at the Education City Stadium in Al Rayyan, Qatar.