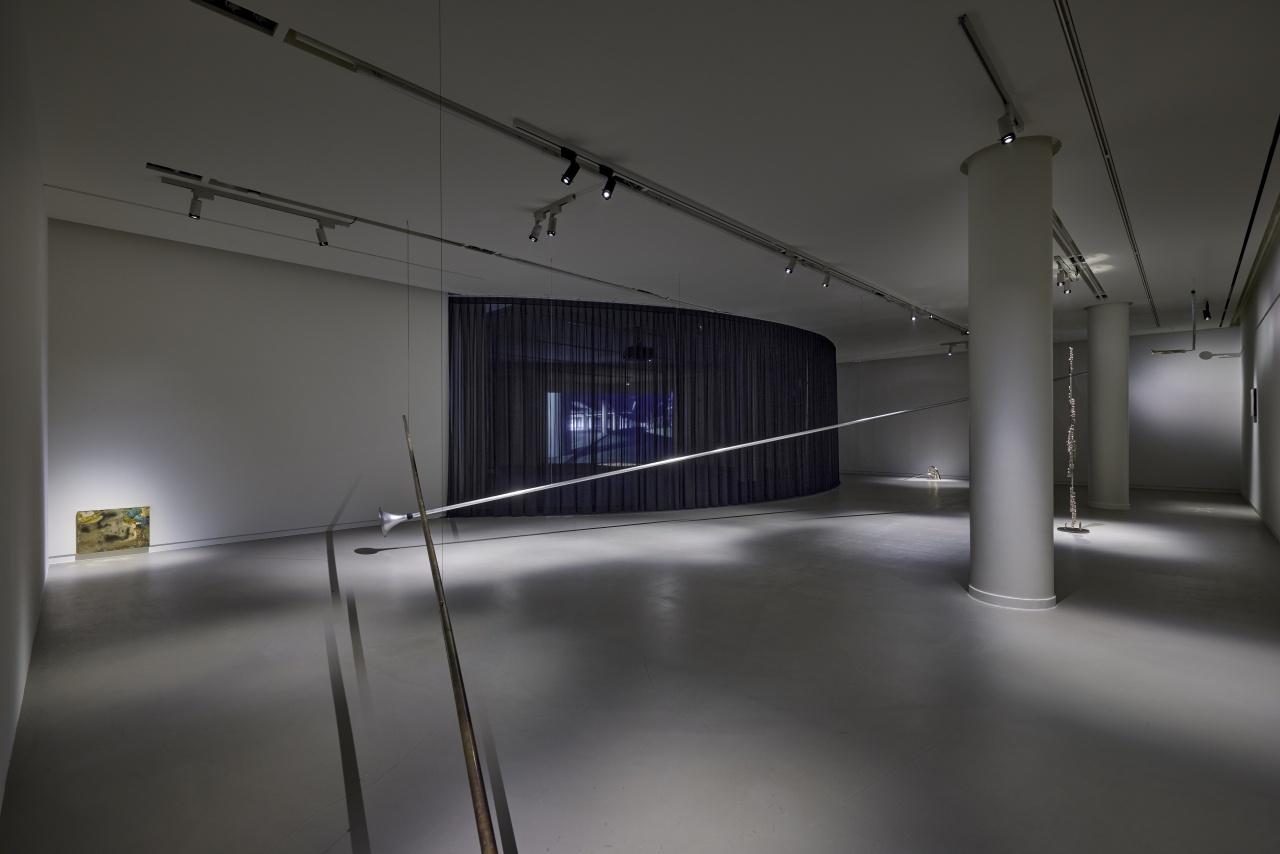 Artist Nam Hwa-yeon, who shed light on Korea's modern dance pioneer Choi Seung-hee's life with narratives that bridge the past and present, unveiled her new work on Nov. 18 at Atelier Hermes in Seoul. She titled the show “Gabriel,” the archangel known as the messenger of God in charge of heralding future events, especially wars and births.

Gabriel is best known as the angel who delivered to the Virgin Mary the news that she would give birth to Jesus. The artist did not exclusively refer to the angel Gabriel -- rather it is “more like a collection of images and sounds that foretell and notify people of unknown coming events,” according to the artist.

Entering the dark exhibition hall, all sense of time can be lost. Sounds of unnatural winds blast fiercely from afar, creating an outer space-like atmosphere. 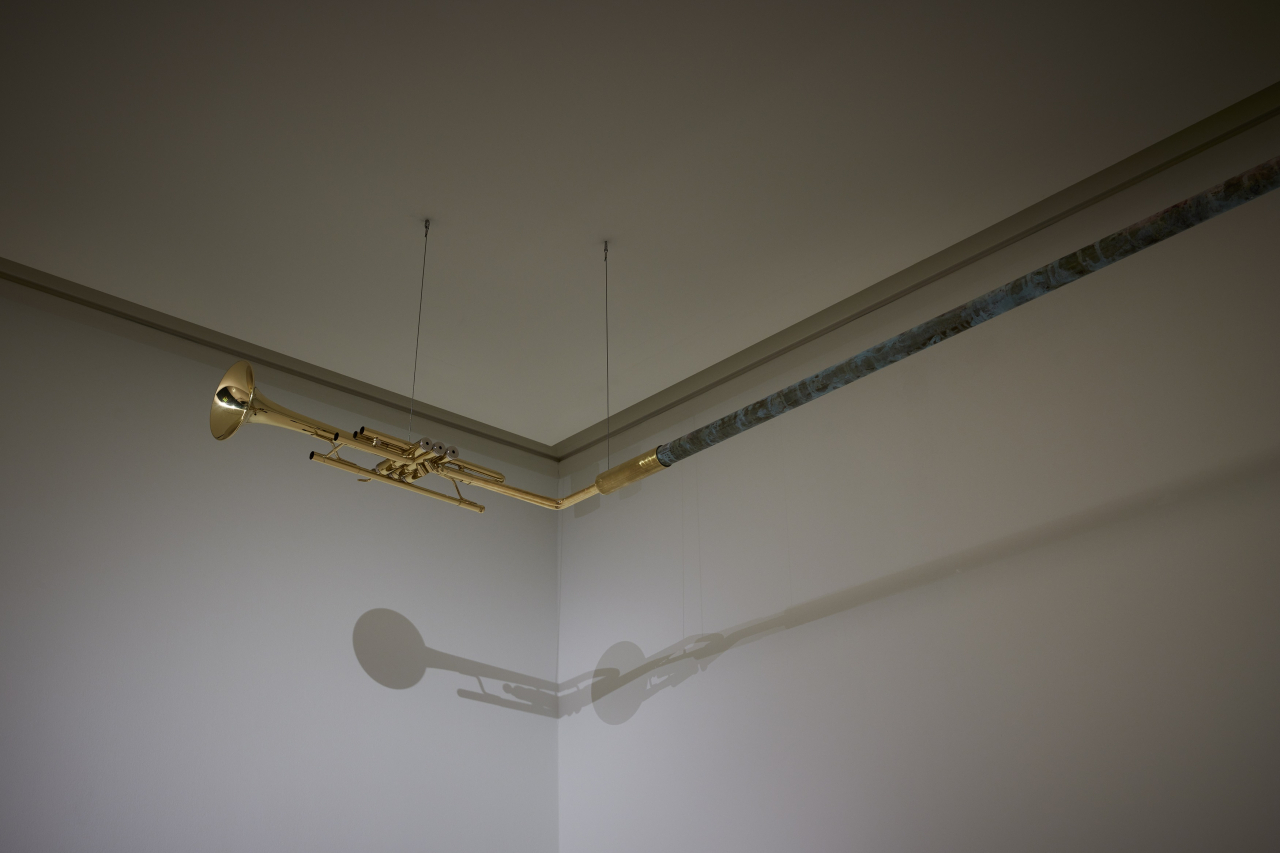 The sound that dominates the exhibition hall comes from the sculptures “Coda,” its name derived from the musical term designating the final passage of a piece, placed across the hall, and the 20-minute-video work “Gabriel," from which the title of the exhibition comes.

The video work is hidden behind a see-through curtain reminiscent to the Virgin Mary’s robe. The video captures scenes of the Annunciation imagined and painted by Renaissance painters -- such as candle light extinguishing upon Gabriel’s arrival and the angel’s wings and the gift of lily.

The images shown in the video also include the historic moment of the Mars drone successfully hovering for about 30 seconds as captured by the Perseverance rover, which was designed to explore the crater on Mars as part of NASA's Mars 2020 mission.

This exhibition displays Nam Hwa-yeon’s perspective on the irreversible flow of time -- focusing on the future rather than past and present, which were central in the artist’s previous works. 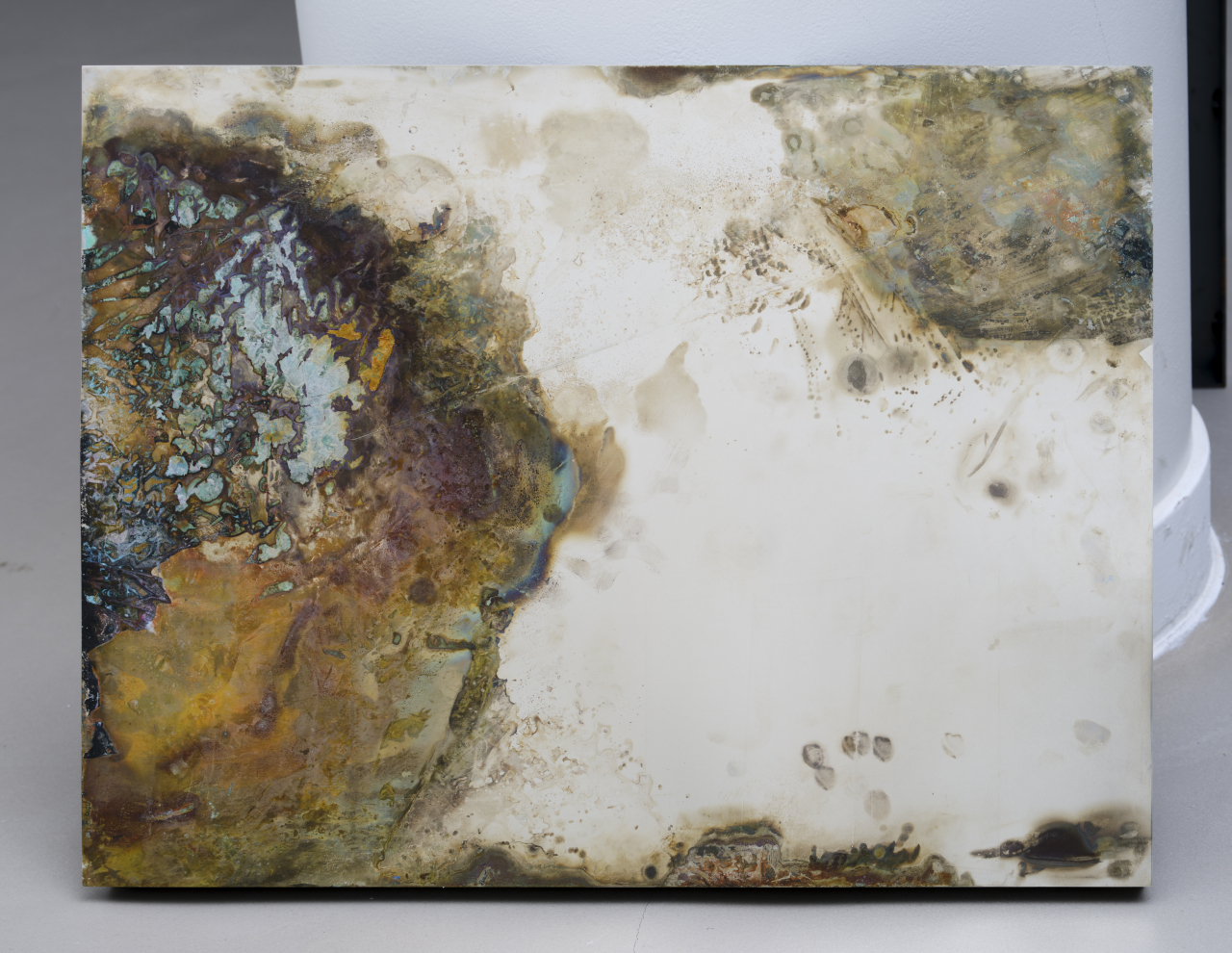 Walking out of the space by parting the draped curtain, you will see a painting, “Window-Dream,” that connotes an overlapped sense of time. A corroded copper plate bears the traces of passage of time as if the artist wanted to reflect different times of the past, present and future on it.