After the game-winning goal that carried South Korea to a victory over Portugal in the Group H finale of the FIFA World Cup Qatar 2022, Hwang Hee-chan laid a kiss on his left wrist before the play commenced. This was a tribute to his grandparents, who raised him as a child and whose names are tattooed on his wrist.

Hwang had once said in an interview that his grandparents were “everything in his life,” that they were the first people that pop up in his mind whenever he makes a goal. The Wolverhampton Wanderers’ striker honored them with a goal that clinched South Korea’s first top 16 berth since 2010.

Hwang is not the only Korean with a unique ceremony. South Korean captain and Tottenhamp Hotspur star Son Heung-min has yet to register a goal in this World Cup, but he is famous for his camera gesture after a goal. 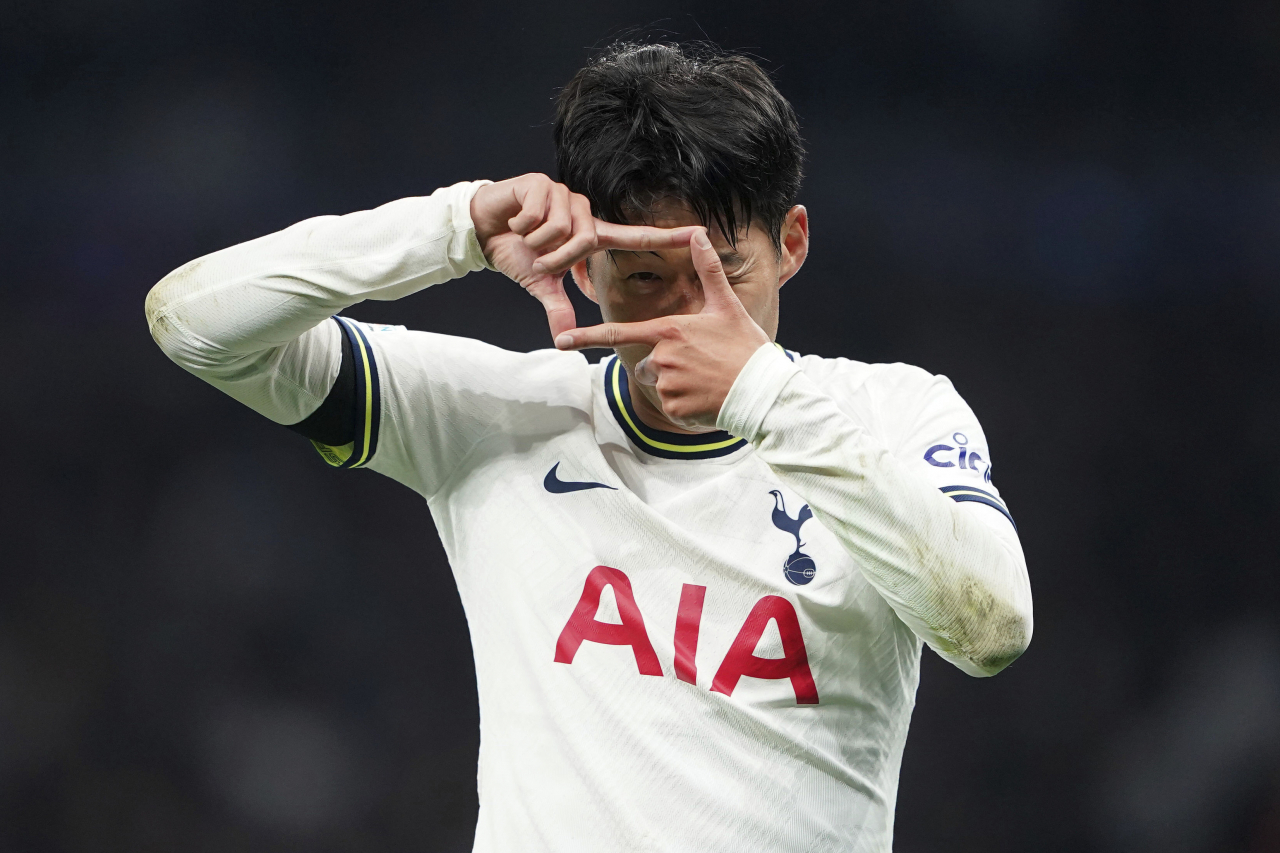 Son Heung-min of the South Korean national soccer team and of Tottenham Hotspur celebrates his goal against Eintracht Frankfurt during Tottenham's Group D match at the UEFA Champions League at Tottenham Hotspur Stadium in London in this file photo. (EPA) 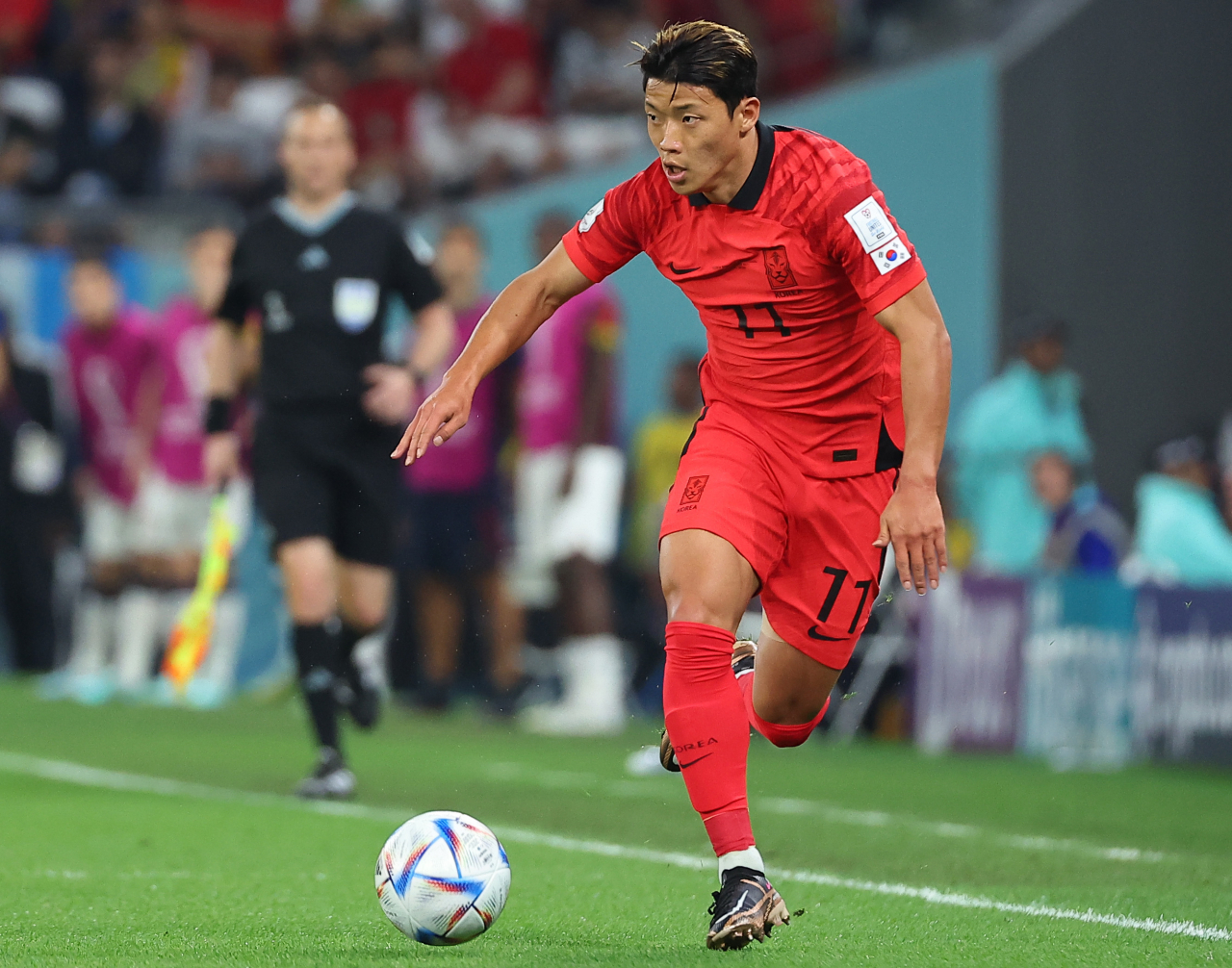 In an earlier interview with Sky Sports, he explained the meaning behind his patent celebration.

“The camera celebration is because if I score a goal, it’s a good memory. It’s like, I take a picture so I have good memories in my mind (of it). I don’t know if the people get it, but I think it’s a good celebration,” he said.

If he scores against the powerful Brazilian squad in the knockout stage on Tuesday, Korean time, he is likely to debut his relatively recent celebration on the World Cup stage. That is, if he doesn’t decide to try a new one for this occasion.

The district office of Chilgok-gun, North Gyeongsang Province, said Sunday that a 16-year-old girl suffering from acute myeloid leukemia wished to see Son gesture No. 7 -- Son’s jersey number -- for sick children like her. This signifies good luck and also symbolizes Chilgok, as the Korean word “chil” sounds the same as the Korean word for seven.

Son has not responded to the request yet, but he has made changes to his signature ceremony for a sick young fan, including one during the last season’s game against Leicester City FC when he did a revised version for a child with a physical disability. 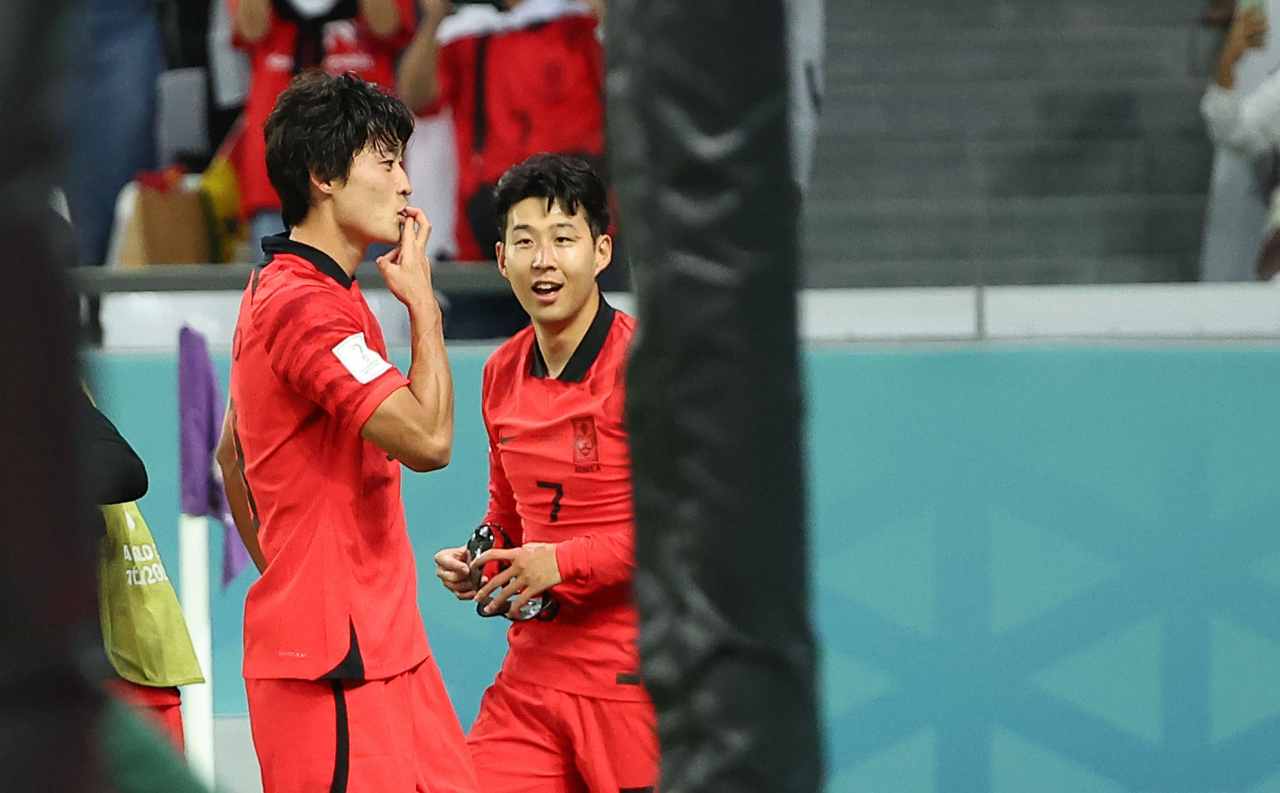 The goal celebration of Cho Gue-sung, who became an overnight sensation by becoming the first Korean with more than one goal in a single match, may not be as unique as these two, but holds a special meaning to those familiar with Korean culture. After scoring against Ghana in the group stage match, Cho crossed his index finger and thumb to form the “finger heart,” a trend that was popularized in South Korea and eventually became known internationally through Korean pop culture.