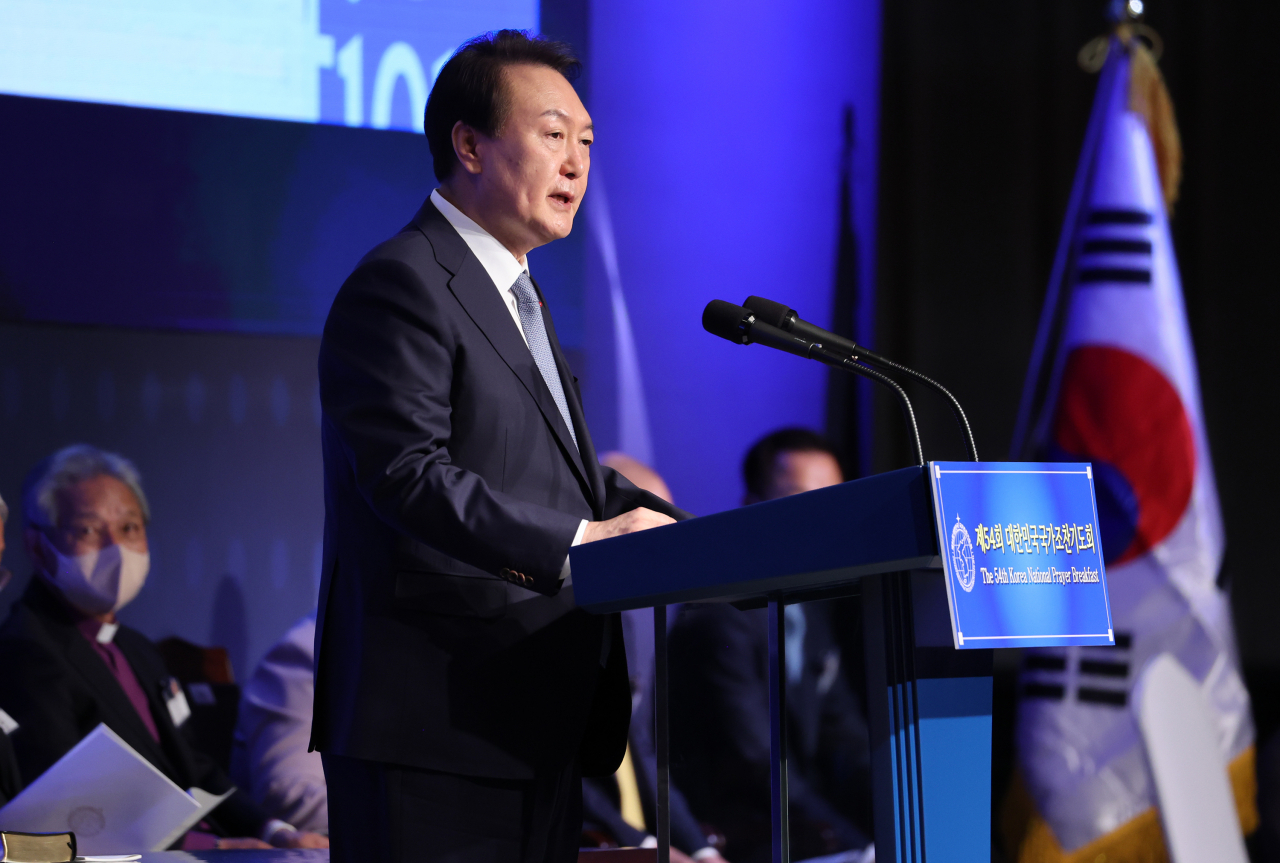 The poll was conducted on 2,507 people nationwide from Monday to Friday last week.

Bae Cheol-ho, a senior analyst at Realmeter, cited the government's stern response to the strike by members of the Cargo Truckers Solidarity Union as part of the reason for Yoon's rising support rating.

"President Yoon's decision to respond in principle with a return-to-work order amid economic crisis seems to have worked as momentum for the increase in positive assessment," Bae said.

The suspension of Yoon's routine Q&As with the press is another part of the rise in the approval rating as the move prevented unnecessary controversies, Bae noted.

Yoon indefinitely suspended doorstepping with the press as of Nov. 21 following a quarrel between one of his aides and a reporter from national broadcaster MBC.