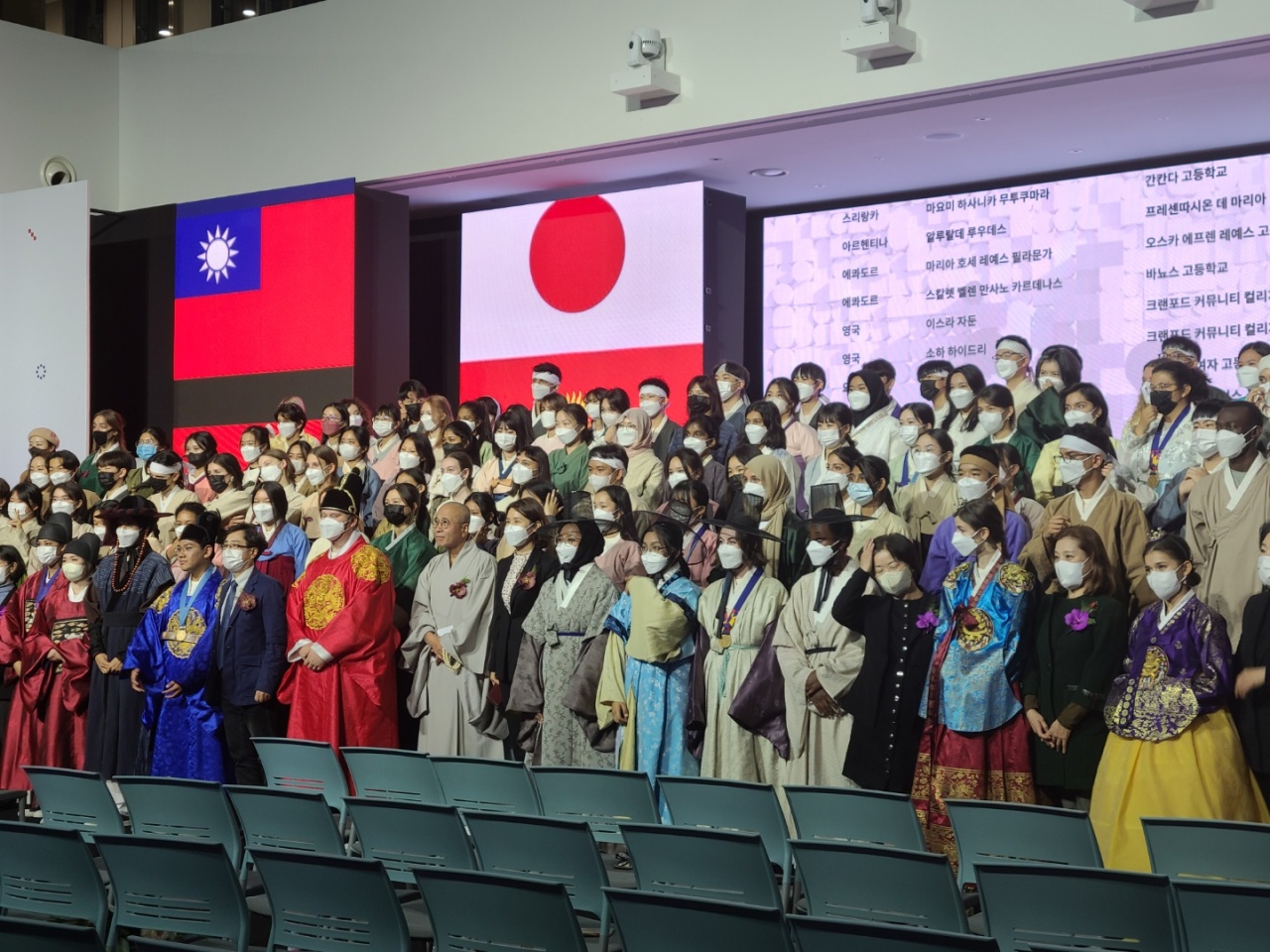 Participants of the 2022 International Korean Education Youth Camp pose for photos at Hana Global Campus in Cheongna International City in Incheon on Thursday. (Jung Min-kyung/The Korea Herald)
A Korean government-organized youth camp for teenagers across the world who are learning Korean language as second language completed its four-day run on Thursday.

On Thursday, marking the finale of the event-packed schedule, an awarding ceremony took place at Hana Global Campus in Cheongna, Incheon to honor the individual and team winners of the Korean speech contest.

The theme of this year’s contest was Korean literature and the top prize winner had shared her thoughts on an essay written by renowned columnist and professor at Sogang University Chang Young-hee.

The speech was recited by the winner at the award ceremony with sounds of Korean traditional instrument Haegeum gently playing in the background.

All students in attendance wore Hanbok, the traditional attire here, and some even wore traditional hats called "gats" which became viral after being featured on Netflix series "Kingdom."

Several students who participated in the camp told The Korea Herald that they faced certain difficulties in learning Korean at first, but overcoming them made them like the language even more.

“I’ve been learning Korean for three years and started taking interest in the language because of Korean dramas and K-pop,” Rathida Vancarat, a 18-year-old from Thailand said.

“The main difficulty in learning Korean was that the words were based off Kanji, but talking with friends in Korean at the camp made me learn the words more smoothly,” she added.

Other participants, 16-year-old Shu’aib bin Shahnun from Malaysia and 17-year-old Mi-yeon from Uzbekistan said that the lack of friends that speak Korean in their country made it difficult for them to learn the language faster.

“It was difficult for me to learn the language at first because there aren’t many people in my country learning Korean yet,” Mi-yeon said.

“But practice made things perfect and I want to become a Korean teacher in my country now.”