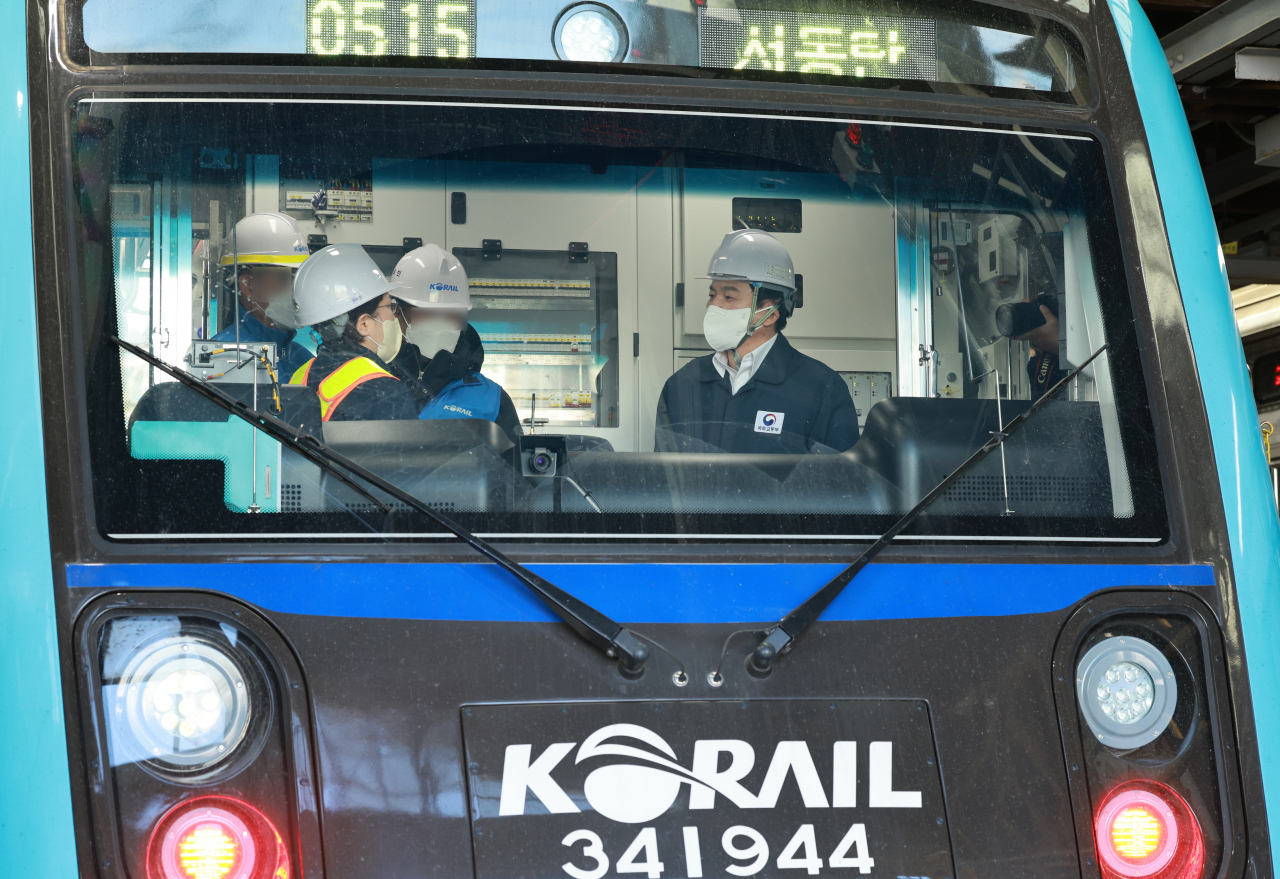 The state-run Korea Railroad (KORAIL) and its labor union engaged in last-minute talks Thursday to avoid what would be the first railway workers' walkout in three years.

The Korean Railway Workers' Union has threatened to go on strike Friday, demanding higher wages and better working conditions. Their action comes as the nation's logistics and supply chains are already being disrupted by cargo truckers' stoppage launched last Thursday.

Both KORAIL and the union are pessimistic about the prospects of reaching an agreement because of wide gaps between the two sides.

"We are continuing negotiations with management today, but it seems difficult for an agreement to be reached due to huge differences in position," a union official said.

The company also said most of the union's demands are beyond the scope of its authority.

The labor union is demanding a wage increase of 187,000 won per month, a transparent promotion system and the maintenance of the current criteria for performance-based pay. They are also calling on the company not to count as labor expenses their increased pay following a court ruling on ordinary wages.

The company refused the wage-related demands, citing the guidelines set by the Ministry of Economy and Finance.

If the union goes ahead with the strike plan, operations of passenger and cargo train services by KORAIL are expected to be cut by more than 30 percent and 60 percent, respectively.

The company, based in the central city of Daejeon, operates the high-speed KTX, Saemaeul, and Mugunghwa trains across the country, and parts of subway services in Seoul and the capital region.

Their action would cause inconvenience not only to commuters but also students who will travel to take entrance interview tests at some universities in Seoul, including Seoul National University, between Friday and Sunday.

It would be the union's first strike since November 2019.

Meanwhile, Seoul Metro, which operates most subway services in the capital, and its union reached a wage agreement earlier in the day, ending a one-day strike conducted the previous day. (Yonhap)