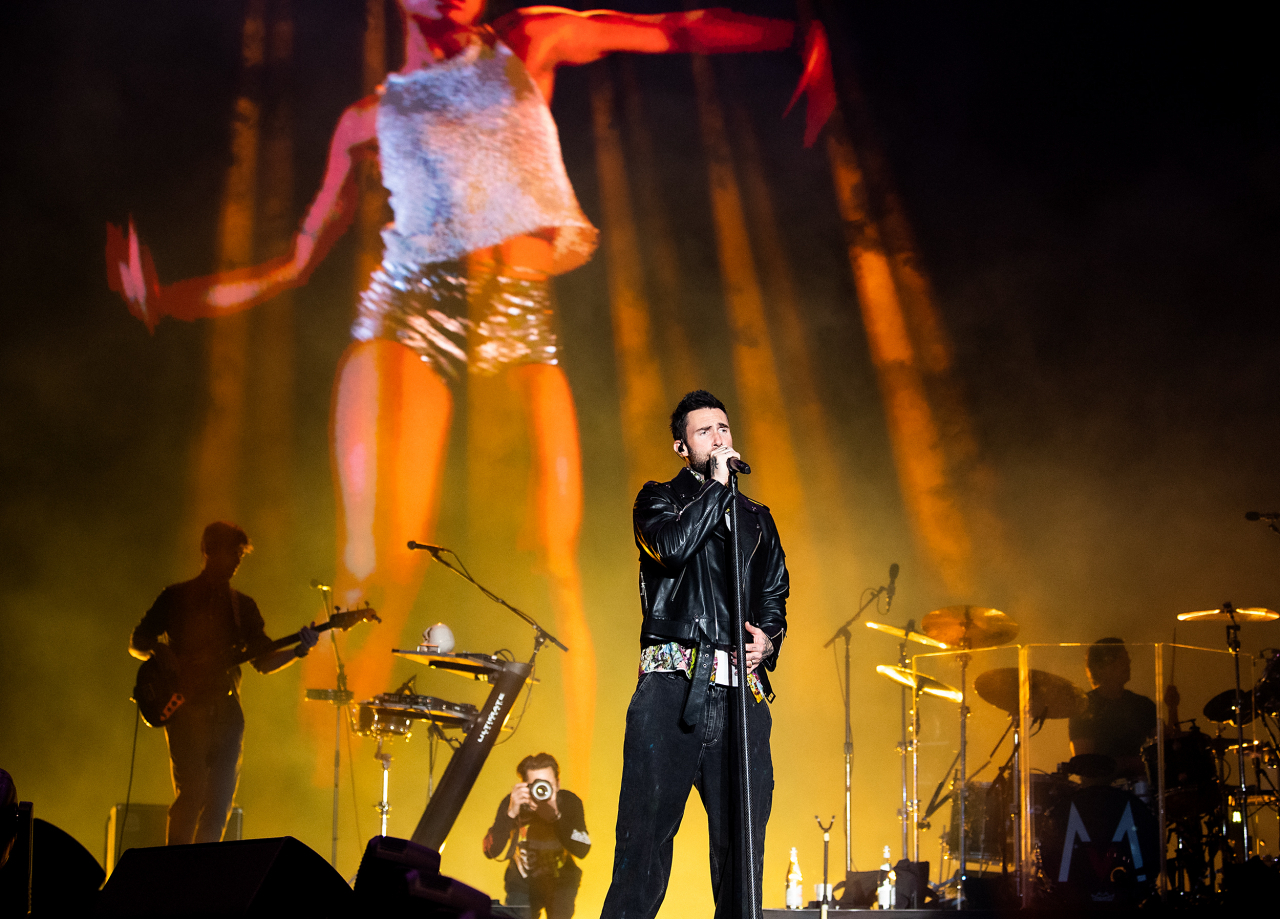 American pop-rock band Maroon 5 made a grand return to South Korea on Wednesday night, almost four years after their last concert in the country.

As soon as the lights went off at Gocheok Sky Dome in Seoul, signaling the beginning of the long-awaited concert, the audience's whistles, claps and cries of joy filled the air.

Maroon 5 kicked it off with the hit “Moves Like Jagger” — a dance-pop piece that pumped up the atmosphere.

The 22,000 attendees danced and sang along to the familiar tune, making everyone forget about the cold snap that gripped the country.

South Korean fans, well-known for their near perfect sing-alongs, once again impressed the band by taking over the mic on the song “This Love.” 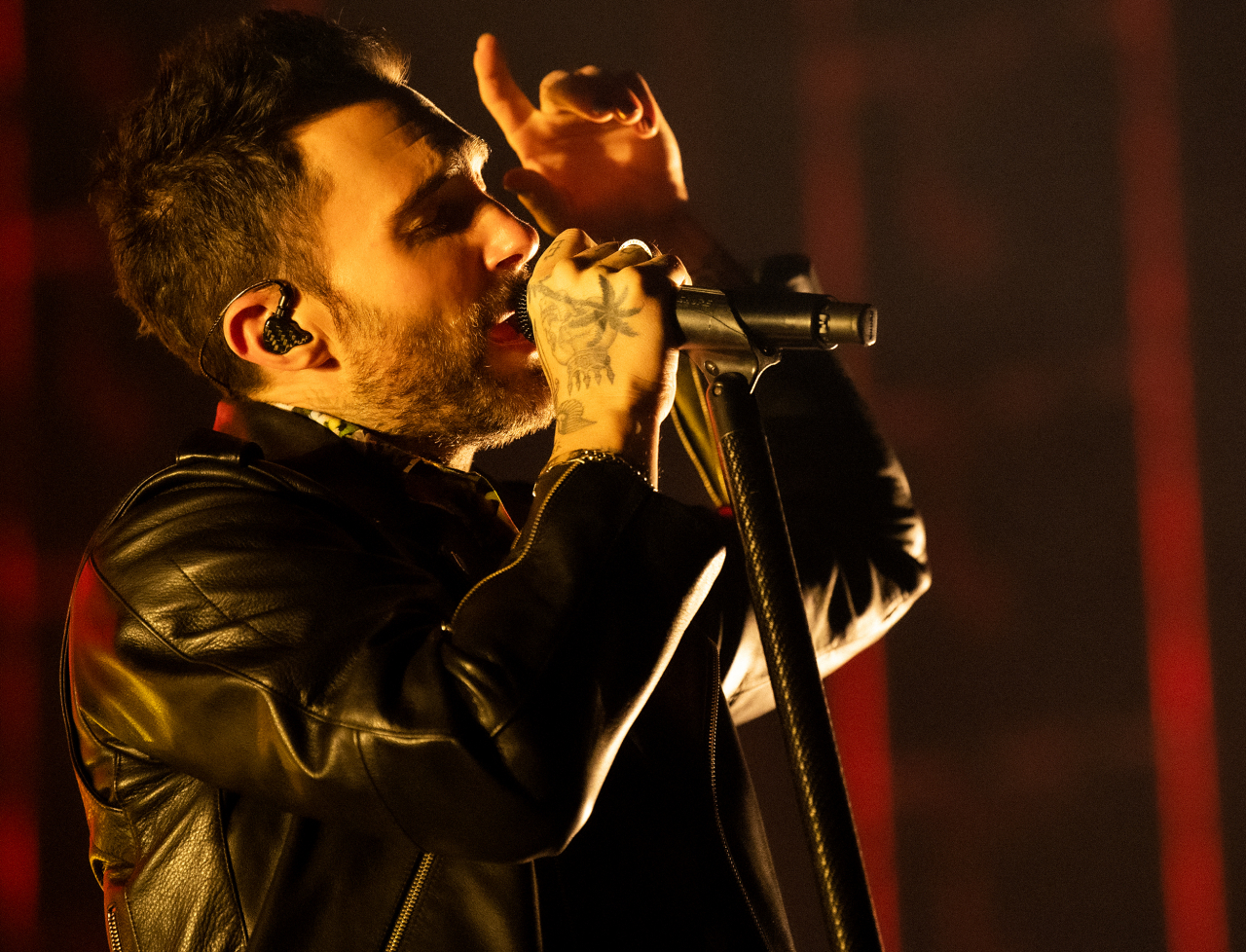 “We are so glad to be back. We love you guys. We love when you sing with us, so please keep singing with us,” lead vocalist Adam Levine said at the live session.

Maroon 5 then mellowed the atmosphere with the song “Love Somebody,” moving closer to charm the fans at the center-front part of the I-shaped stage.

Levine and James Valentine played an acoustic version of the song “Payphone" that was followed by Valentine's solo guitar performance for “Sunday Morning,” another hit of theirs.

As soon as the band finished the set list of all 17 songs, the crowd -- waving their lit phones in unison -- called out for an encore.

During the encore, Levine faked fainting on stage to surprise the fans, only to get right back up to amp up the atmosphere even more.

“Do you recognize this song? We know that you love this song. This is for you guys,” Levine said at the beginning of “Lost Stars."

Once the live session neared the end of its 90-minute run, people in the standing zone were jumping up and down together with Maroon 5 to the song “She Will Be Loved.”

Maroon 5 wrapped up its sixth concert in South Korea with the megahit “Sugar,” during which Levine played the guitar himself, leaving the audience in awe.

The American pop-rock band had its first concert in South Korea back in 2008 at the Olympic Park’s Olympic Gymnastics Arena.

Maroon 5 made their debut in 2002 with the album “Songs About Jane." They won three Grammys for best new artist in 2004 and for best pop performance by a duo or group with vocals both in 2005 and in 2007. They have sold over 135 million records.