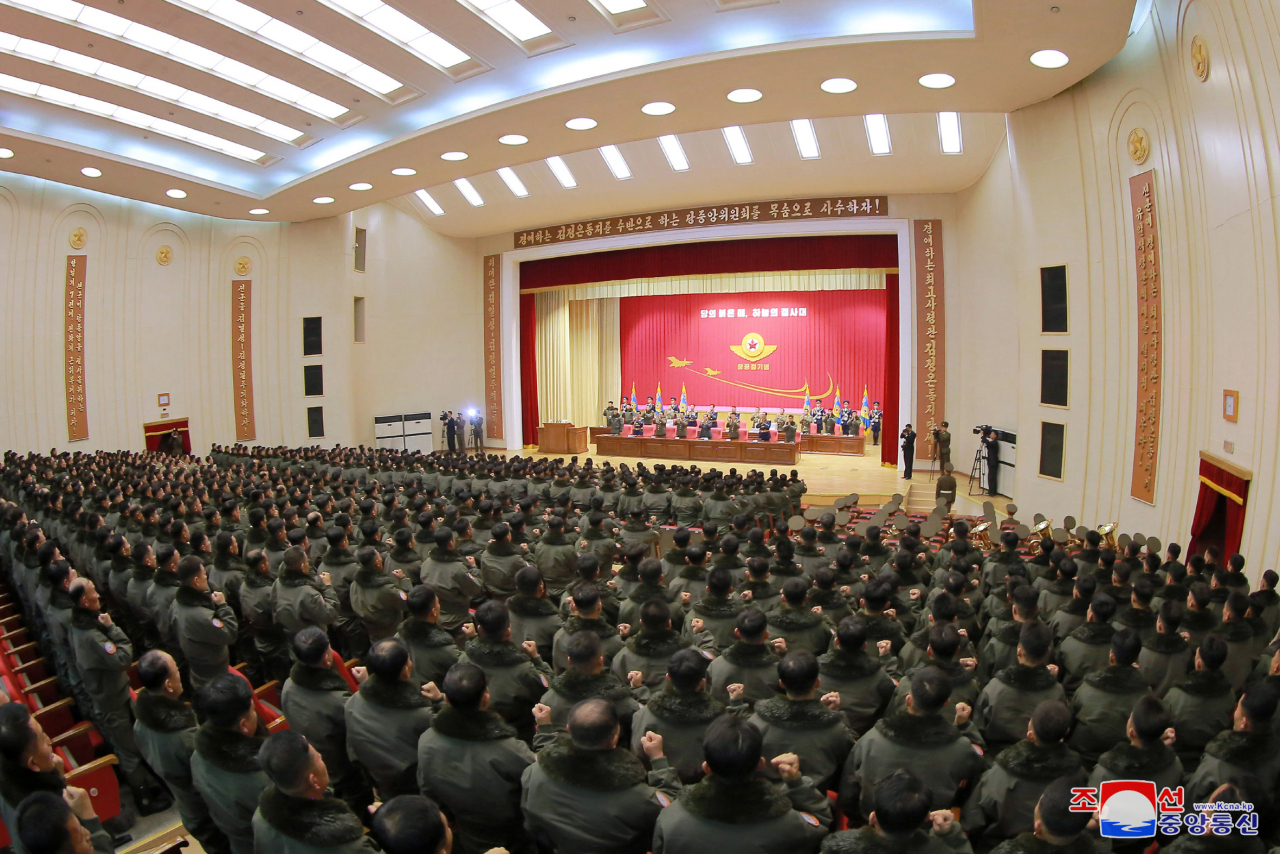 An event to mark North Korea's Aviation Day is held in Pyongyang on Wednesday. North Korean leader Kim Jong-un enacted the Aviation Day in 2012 to mark the launch of an air force squadron in 1945 by his late grandfather and North Korea founder Kim Il-sung. (KCNA)

Kim congratulated the commanding officers and pilots of the Air Force who contributed to "strikingly demonstrating" its power against the enemy and its "invincible stamina by successfully conducting large-scale flying operations," the official Korean Central News Agency said.

Some 705 pilots who "participated in the general operation of the air force flying corps with 500 fighters involved for 3 hours and 47 minutes on November 4" were invited to the office building of the Central Committee of the ruling Workers' Party on the occasion of the Air Force's anniversary, it said.

Kim held a photo session with the officers and stressed that "the praiseworthy military merits performed by the People's Air Force that resolutely safeguarded the territorial air of the country will shine long as an eventful victory in the history of the country."

He then delivered an order to "raise the military titles of the air force commanders and pilots" who successfully carried out their mission and a "military title of one rank higher" was bestowed to them, according to the KNCA.

On Nov. 4, South Korea's military said it detected more than 180 North Korean military aircraft, including fighters and bombers, flying between around 11 a.m. and 3 p.m. over its inland areas as well as off the western and eastern coasts without approaching close to the inter-Korean border. The bombers conducted air-to-ground firing.

North Korea has celebrated Nov. 29 as its Aviation Day since 2012 to commemorate the founding of the country's first flying corps in 1945. (Yonhap)