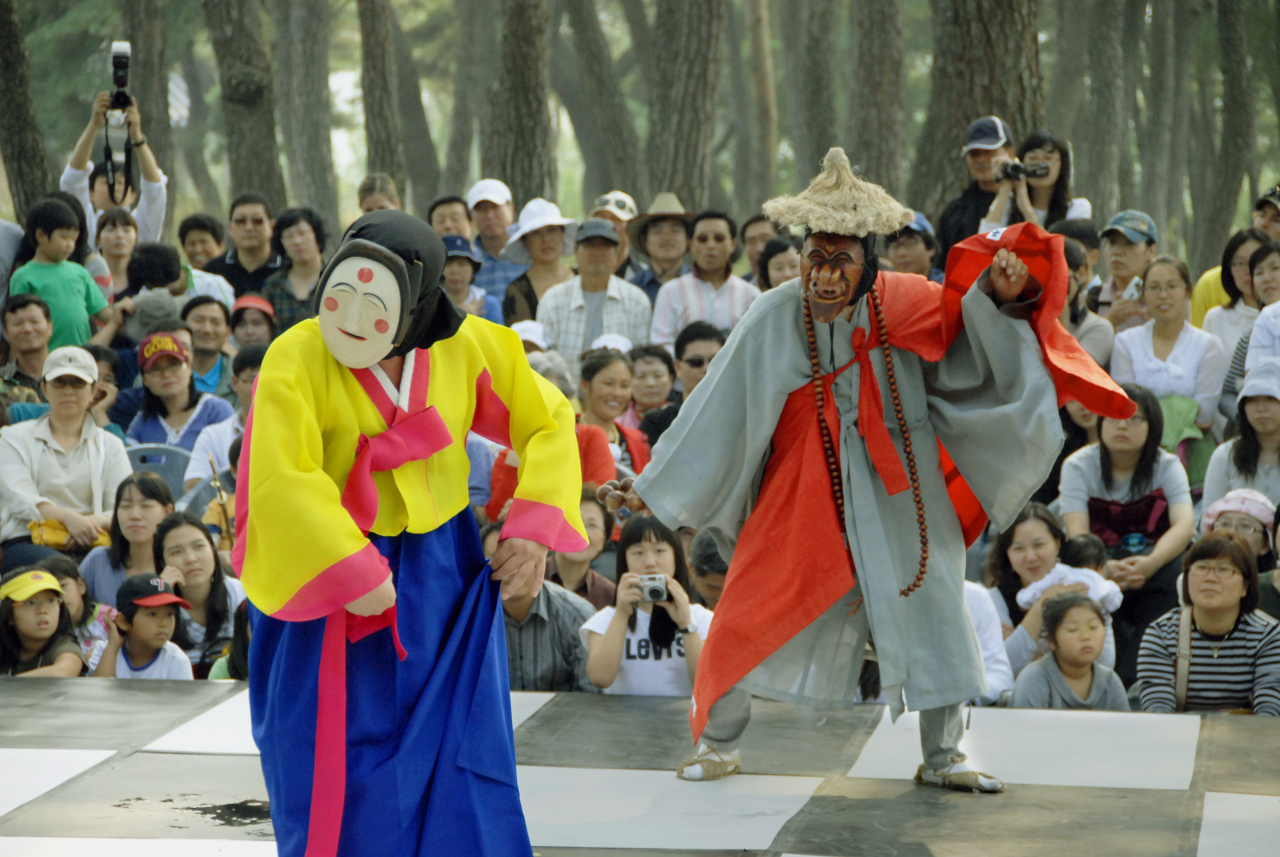 The Talchum, a traditional form of Korean mask dance drama, was inscribed on the UNESCO Intangible Cultural Heritage list Wednesday.

The decision was made at the 17th session of the Intergovernmental Committee for the Safeguarding of the Intangible Cultural Heritage, held in Rabat, Morocco, which runs through Saturday.

The Cultural Heritage Administration applied for the listing of talchum in March 2020.

Upon hearing the announcement, Choi Eung-chon, head of the CHA, expressed special gratitude to delegates from member states of the committee.

A performing art that encompasses dance, music and theater, talchum is manifested through oral traditions, social practices and the traditional Korean craftsmanship of masks.

Talchum entertains while criticizing the social hierarchy and hypocrisy of the ruling class with its satirical elements. The audience watching the performance can always jump in to participate on stage, which adds to the talchum's spirit of harmony and joy. 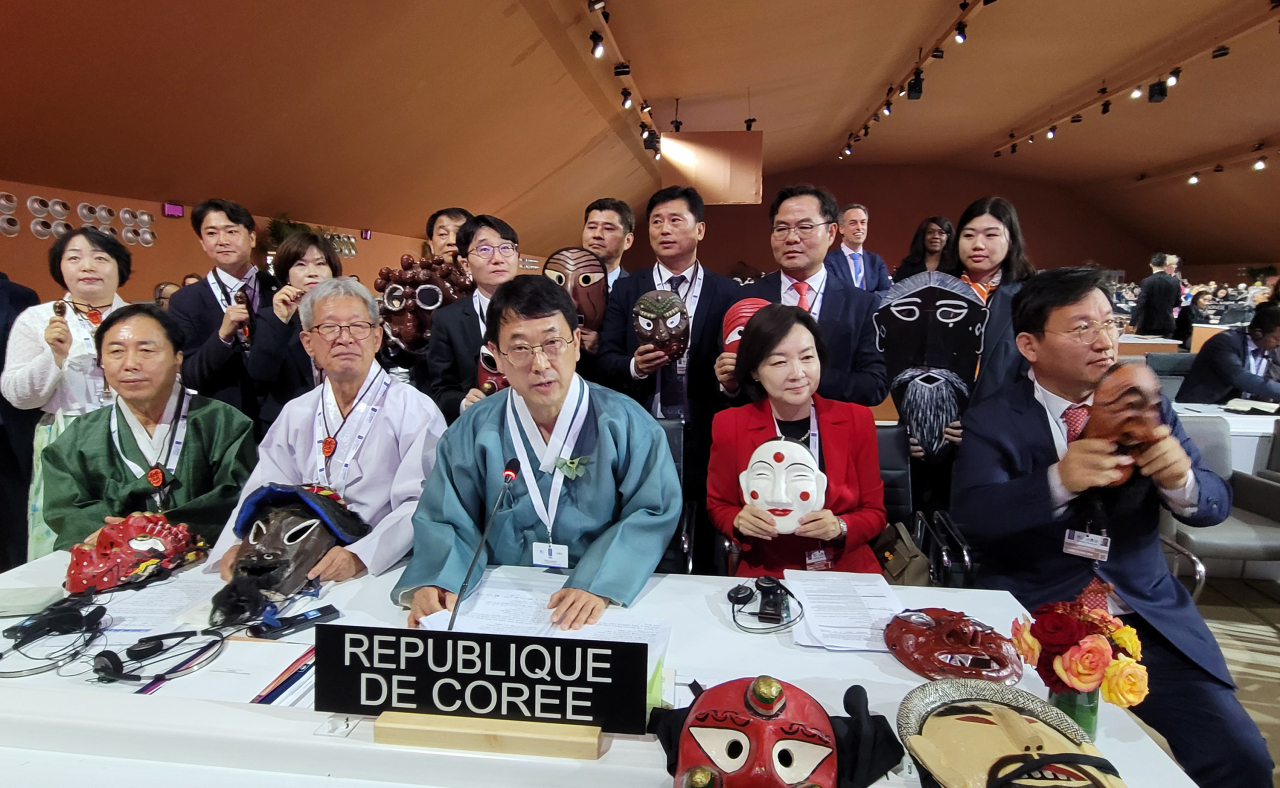 Head of the Cultural Heritage Administration Choi Eung-chon (front, center) and the Korean delegation pose for photos after talchum is added to the UNESCO Intangible Heritage list in Rabat, Morocco, Wednesday. (CHA)

To celebrate the inscription, the city of Andong in North Gyeongsang Province began holding a festival Thursday afternoon at the Andong Hahoe Village.

Celebrations will continue Saturday and Sunday with talchum performances at Seoul Namsan Gukakdang in central Seoul from 10:30 a.m to 5 p.m and at the Tongyeong Okwangdae Conservation Committee, in Tongyeong, South Gyeongsang Province, from 1 p.m to 5 p.m.

Andong will host another festival at the Hahoe Byeolsingut Talnori Performance Hall in the Andong Hahoe Village on Sunday, from noon to 4 p.m.

Meanwhile, North Korea's custom for Pyongyang raengmyon (cold noodles, known as naengmyeon in South Korea) was also added to the intangible heritage list, making it the fourth entry for the country.