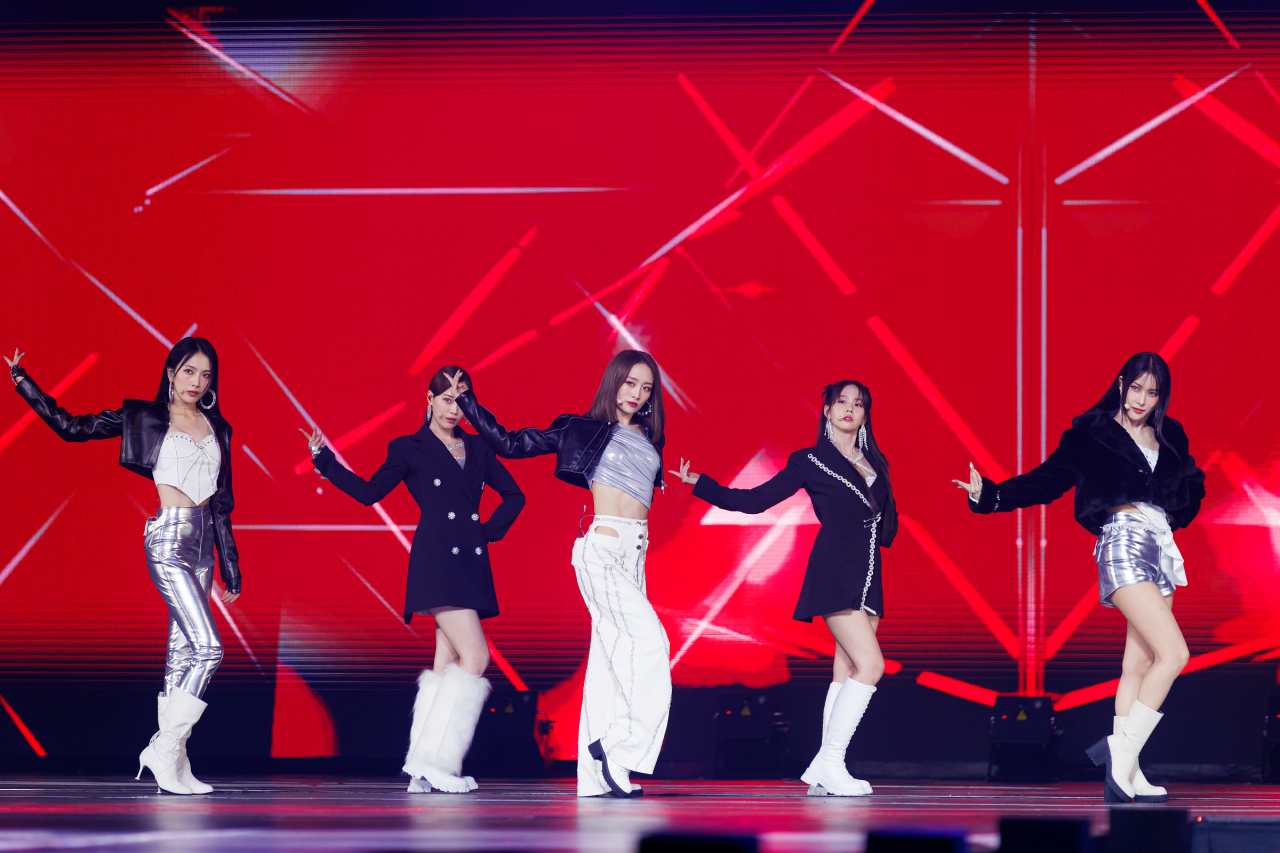 K-pop girl group Kara made a stunning comeback Tuesday at the 2022 Mama Awards, performing “When I Move” from the group's new special album “Move Again.”

The second-generation K-pop girl group kicked off the performance with a medley of past hits "Lupin," "Step" and "Mr.," bringing back old memories of their glory days.

Despite a seven-year hiatus performing as full unit, the members of Kara synchronized perfectively when dancing to their old songs, while their voices harmonized as if they had been singing beside one another all these years.

After the medley, Kara changed into glistening silver and white outfits to perform “When I Move,” in which Jiyoung took part in the writing and composition.

The performance of “When I Move” provoked a rush of adrenaline from the audience with its hook choreography that involves simple moves of heads swaying from left to right with an alluring gaze -- a move one of the bandmates has labeled the “headache dance." 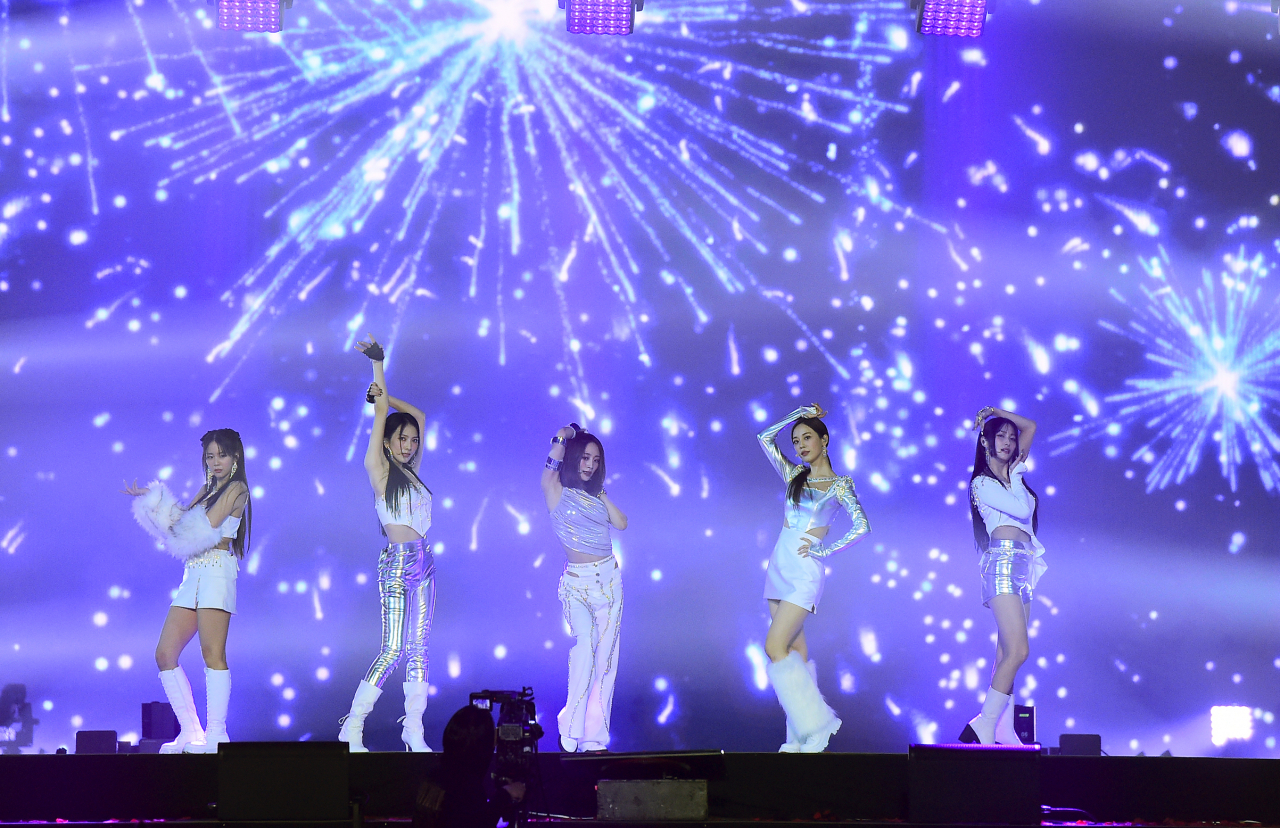 The group's leader Gyu-ri and Seung-yeon showed off their power and stability as the main vocalist and lead vocalist, respectively.

Nicole seduced the audience with her well-known powerful stage performance.

The youngest members of the group, Young-ji and Ji-young charmed fans with their refined stage manners.

For the new album “Move Again,” which marks Kara’s 15th anniversary, the group welcomed back Nicole and Ji-young, who previously left in 2014.

“I thought it would be impossible to get all five of us back to perform as a group. I was hoping to do at least something small together for our fans this year but then this happened, and I am so happy and grateful for our comeback as a whole,” said Seung-yeon.

“For Nicole and I, it has been near nine years since we have left the group. It feels like I am back home. It is quite awkward but at the same time comfortable to be back on stage,” Ji-young remarked.

Kara was deeply involved in assembling the special album, as they participated in the entire process, from selecting the tracks to mastering the pieces together into a complete unit.

“We really put a lot of thought into how we can best show our true colors as Kara through this album and I think our title song did the job. It is energetic, powerful and trendy,” said Young-ji.

The first track on the special album is “Happy Hour,” which is dedicated to the fans.

All five bandmates took part in writing the lyrics with words that came to their minds when thinking about their fans.

“The main point of this song for our fans was to do our best and cherish this moment that we do not know when it will end. There is a lyric that says ‘I will call you out with a louder voice’ which I wanted to tell our fans that we will reach out to them as they reach out to us,” said Nicole.

“We are so thankful that our fans have loved us and supported us for a long time. We are so happy to spend such valuable time again with our fans that there are no words that can explain how grateful we are. We will continue to try to give our fans positive energy. We love you,” Seung-yeon said in addressing the group's fans.