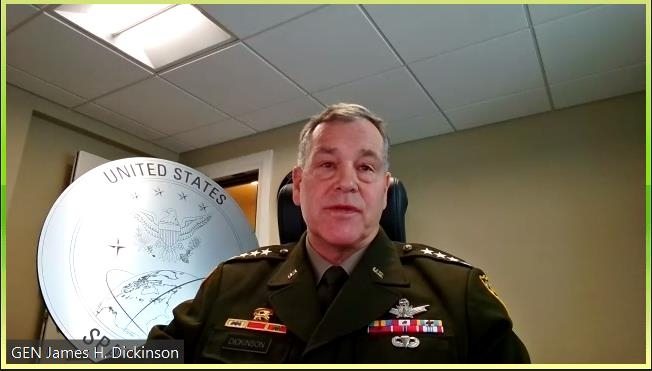 "We are looking at how we integrate a sensor architecture that gives us as much warning as possible in terms of any type of missile activity out of North Korea," Gen. James Dickinson said in a webinar hosted by the Mitchell Institute for Aerospace Studies, a Washington-based research organization.

Dickinson said the Space Command is currently working to integrate existing US assets into "an architecture where we can provide both the United States and our allies and partners as much advanced warning as possible," adding, "We are also looking at how we can incorporate commercial sensors in the same respect."

His remarks come after a recent series of North Korean missile launches.

Pyongyang fired over 30 ballistic missiles since late September, also conducting its 10th ICBM test of the year on Nov. 18.

Since the start of the year, the North launched an annual record of 63 ballistic missiles, far exceeding the previous record of 25 in 2019.

The US Space Force established its first regional component command at US Indo-Pacific Command last week, a move apparently aimed at enhancing the US' missile defense capabilities in the region.