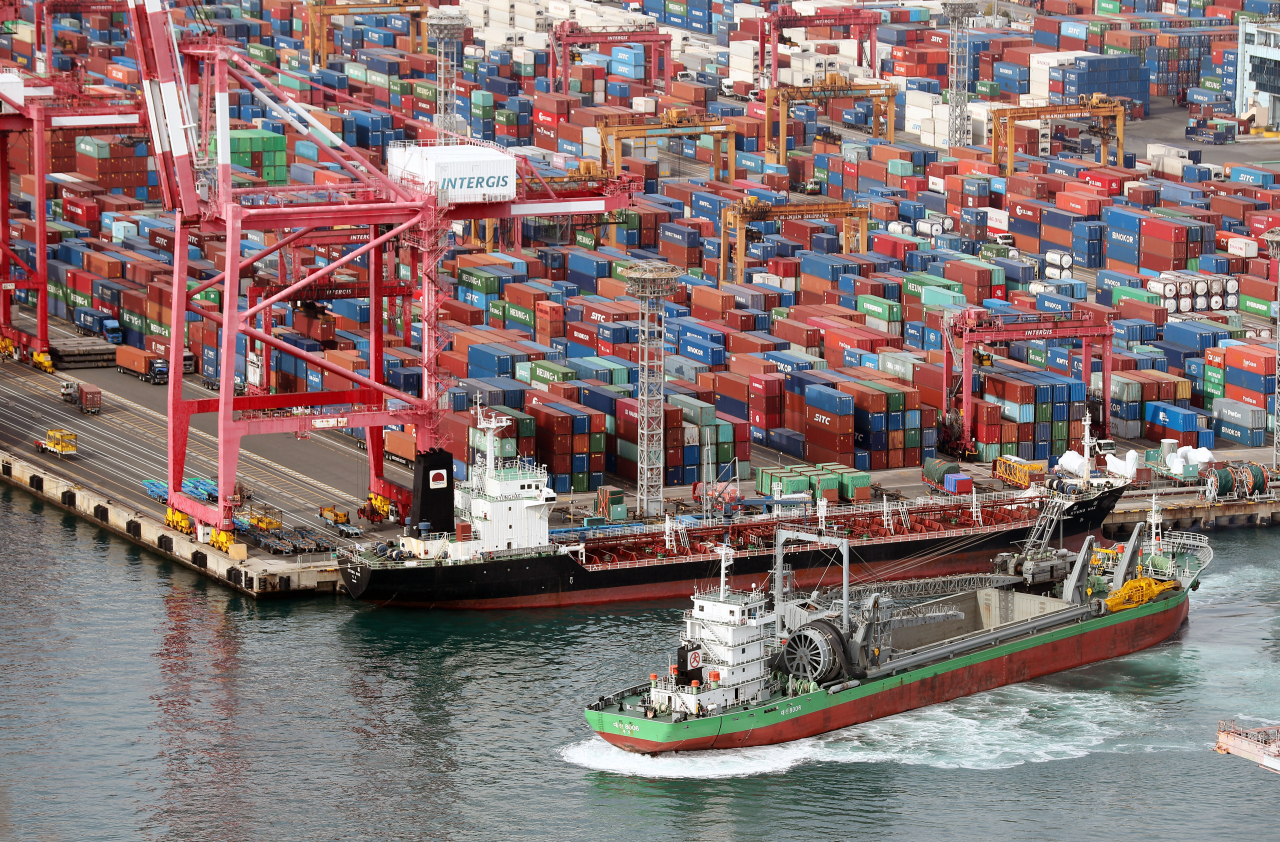 Containers are being unloaded at a port in Busan, 325 kilometers south of Seoul, in this file photo taken last Monday. (Yonhap)

South Korea's industrial output fell by the most in 30 months in October, data showed Wednesday, with retail sales also losing ground amid the prolonged economic uncertainties.

It marked the largest drop since the 1.8 percent decrease tallied in April 2020 in the wake of the COVID-19 pandemic. The output also fell for the fourth consecutive month, the data showed.

From a year earlier, the output advanced 2.8 percent.

Output in the mining, manufacturing, gas and electricity industries fell 3.5 percent on-month in October, due mainly to a decline in production in the automobile and machine sectors.

The service output also went down 0.8 percent on-month in October, the sharpest drop since the 1 percent decrease posted in December 2020.

"The output from the mining and manufacturing industries were sluggish, and the service production and retail sales slowed, leading to the weaker recovery and improvement of the economy," said Eo Woon-sun, a senior Statistics Korea official.

"The key issue is whether domestic demand will maintain a recovery. But as the prices still remain high, and interest rates are rising, the uncertainties are high for the future economic trend," Eo added.

South Korea has been grappling with inflation, with its consumer prices soaring 5.7 percent on-year in October.

The central bank has hiked the rate by a combined 2.75 percentage points since August last year to tame inflation. The rate currently stands at 3.25 percent. (Yonhap)