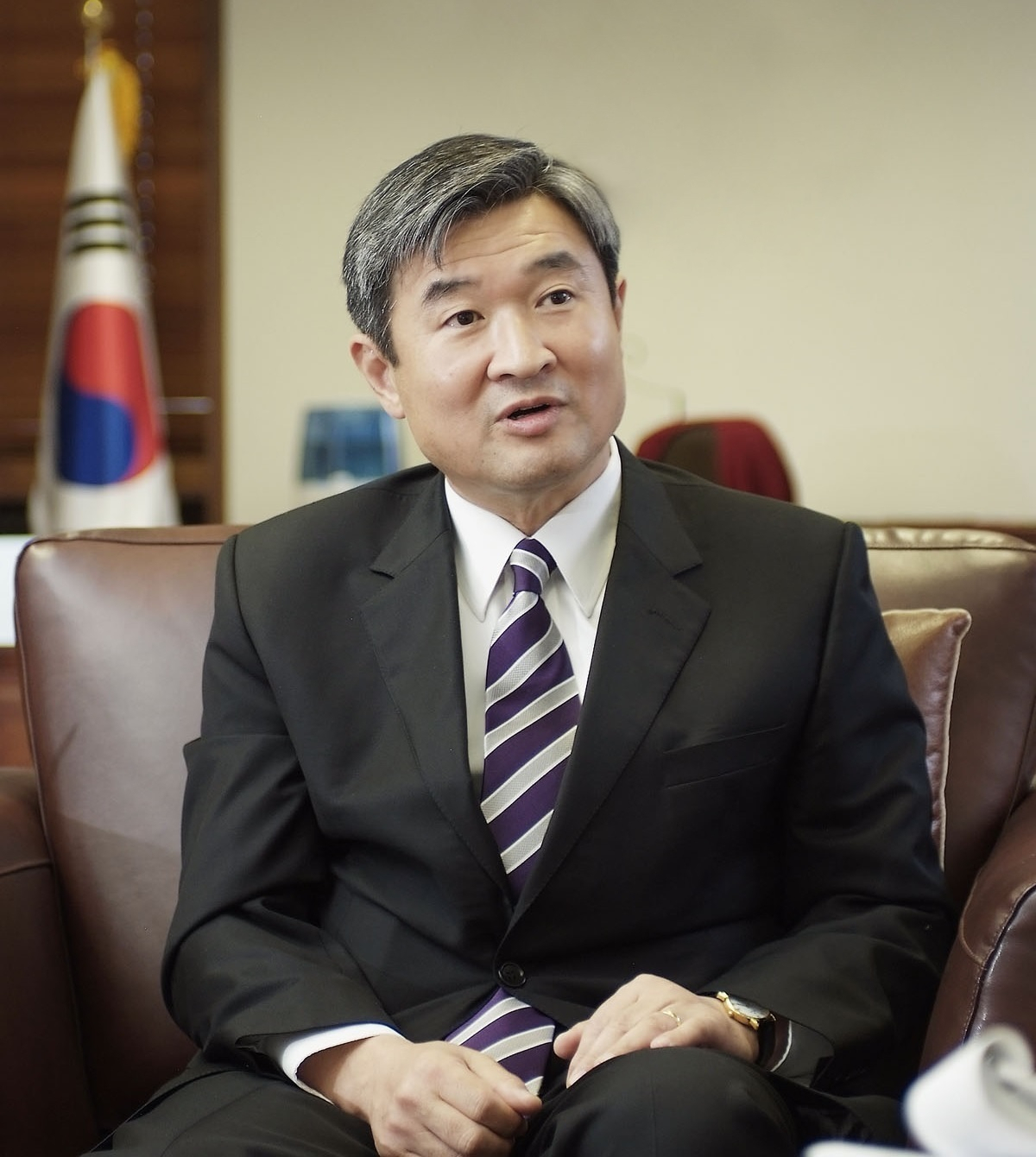 South Korean Ambassador to the US Cho Tae-yong. (Cho’s office)

The insult North Korea hurled at President Yoon Suk-yeol and his administration last week for pursuing additional sanctions on the isolated country after its missile launches is evidence that efforts led by South Korea and the US to curb Pyongyang’s nuclear ambitions are in fact working, according to Yoon’s US envoy.

On Thursday, Kim Yo-jong -- the powerful younger sister of North Korean leader Kim Jong-un -- called Yoon and his government “idiots” serving its master, the US, two days after Seoul said it was reviewing independent sanctions on Pyongyang, including those involving cybercrimes.

“The very edge to that response is a sign our joint work on containing North Korea is bearing some fruit,” Ambassador Cho Tae-yong told reporters Monday.

Cho, a former deputy national security adviser who also served as South Korea’s nuclear envoy, said North Korea had routinely conducted missile tests but the launches seen this year alone are unparalleled, in terms of both frequency and intensity. This month, Pyongyang said it test-fired an intercontinental ballistic missile that could reach anywhere in the US. Seoul and Washington say the North could resume testing nuclear weapons at any time -- the first since 2017.

“In light of the recent development, our readiness remains ironclad. … South Korea and the US can counter any moves immediately and we are stepping up our three-way ties including Japan,” Cho said.

North Korea is trying to put the blame on South Korea for all its provocations but the international community will see right through the regime and not extend support, according to Cho.

The ambassador added that Korea and the US in the meantime will double down on efforts to track North Korea’s illegal activity in cyberspace, where Pyongyang is believed to have been using for some time to bankroll its nuclear weapons program by launching attacks on cryptocurrency platforms. Cho did not elaborate what those efforts will look like.

Meanwhile, Seoul’s Defense Ministry said there was no unusual activity in North Korea, amid speculation that it could time another provocation for Nov. 29, to coincide with the fifth anniversary of its first ICBM launch.

“A political decision renders any nuclear test possible at any time but at the moment, we have nothing to revise our current assessment,” Col. Kim Jun-rak, a spokesperson for the Joint Chiefs of Staff, said in a briefing, adding the military will closely monitor development there.

The Unification Ministry, which handles inter-Korean affairs, previously echoed a similar note, saying nothing in particular seemed to be out of the ordinary.