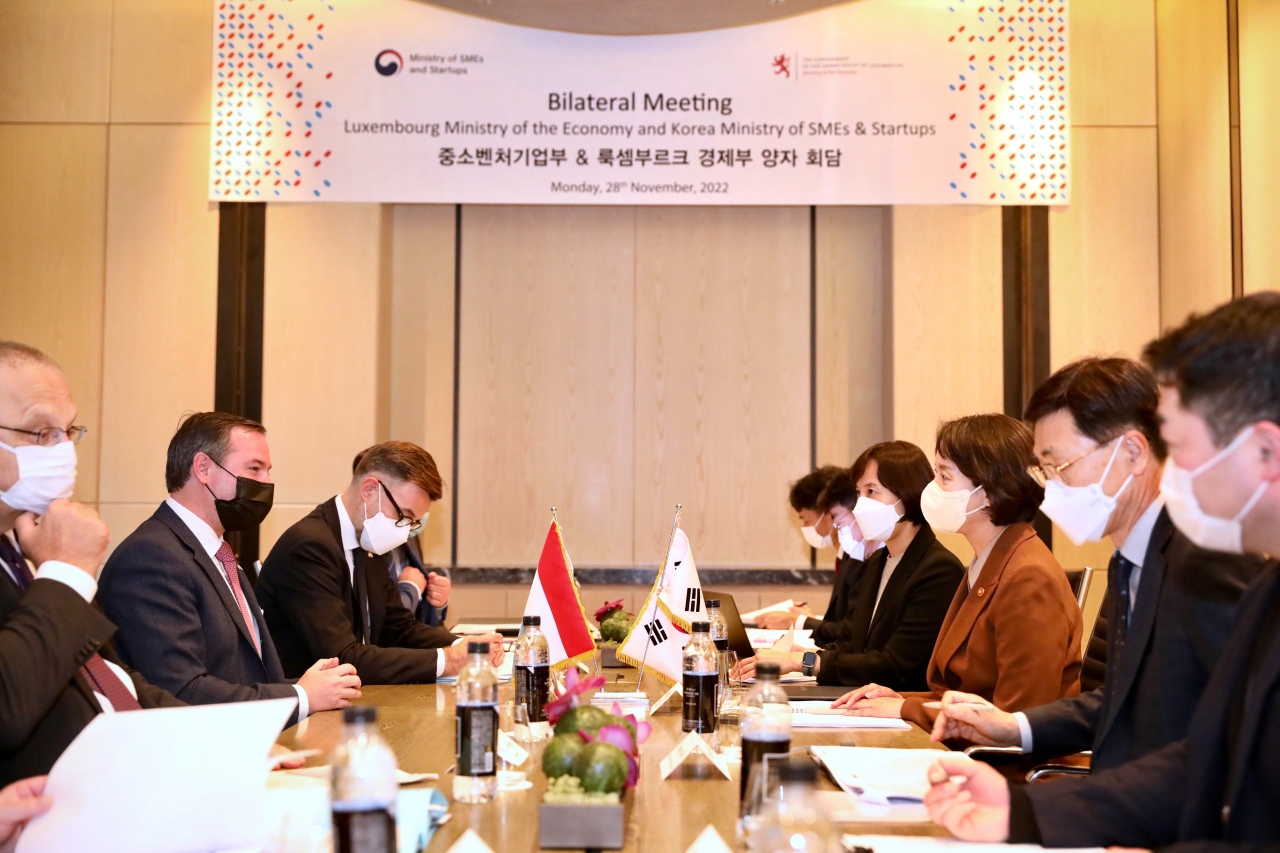 This photo shows Minister Lee Young (third from right) and Luxembourg's Crown Prince Guillaume Jean Joseph Marie (second from left) holding talks on ways to expand the exchanges of startups between the two countries in Seoul on Monday. (Ministry of SMEs and Startups )

The consensus was made during a meeting between Deputy Trade Minister Moon Dong-min and Luxemburg's economic minister, Franz Fayot, held in the South Korean city of Asan, 86 kilometers south of Seoul, according to the Ministry of Trade, Industry and Energy.

They visited the city to attend a ceremony to mark the completion of a new plant by Rotarex, a major gas control systems producer of the European country.

Moon voiced expectations for various cooperation chances based on South Korea's technologies and infrastructures regarding semiconductors and composite materials, among other fields, the ministry said.

Bilateral trade jumped 50.7 percent on-year to come to $141.5 million last year. Luxembourg is the No. 1 investment destination for South Korea among European Union nations, according to government data.