South Korea came short of logging its first win of the FIFA World Cup Qatar 2022, as it fell 3-2 to Ghana in its second match of Group H Monday.

The Black Stars battered the tough Korean defense led by Kim Min-jae -- who played 90 minutes in regulation despite the leg injury he sustained in the match against Uruguay on Thursday -- and took a 2-0 lead in the first half, one each from Mohammed Salisu and Mohammed Kudus. 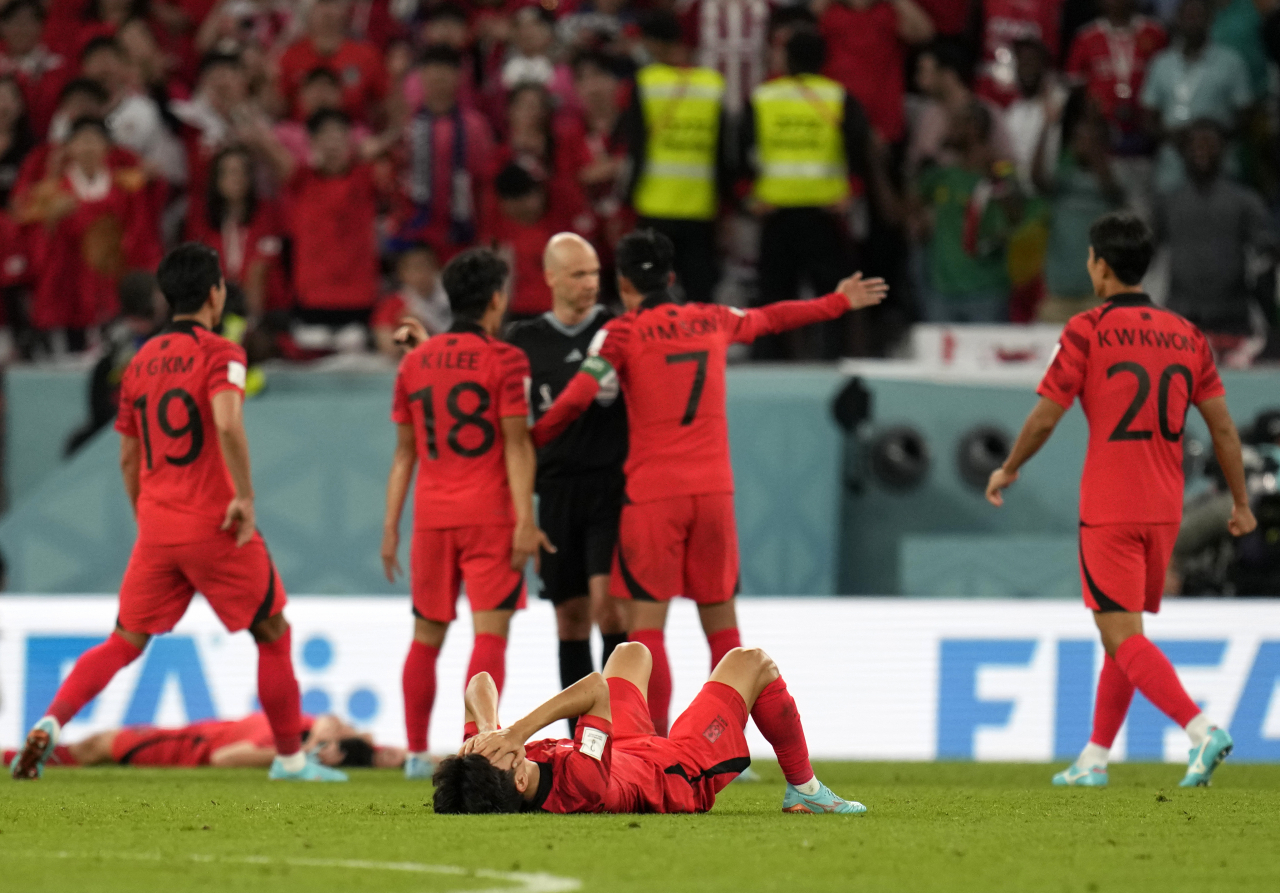 Cho Gue-sung of South Korea scored two goals in the second half to tie the game 2-2, but Ghana took back the lead when Kudus scored his second goal of Monday's game. Despite the comeback efforts, South Korea did not manage to score an equalizer.

While a flicker of hope still remains for South Korea in reaching the knockout stage, its prospects are bleak. It would need to win against the much higher-ranked Portugal to qualify. Ghana, on the other hand, added a much-needed win after dropping the first game against Portugal on Thursday. 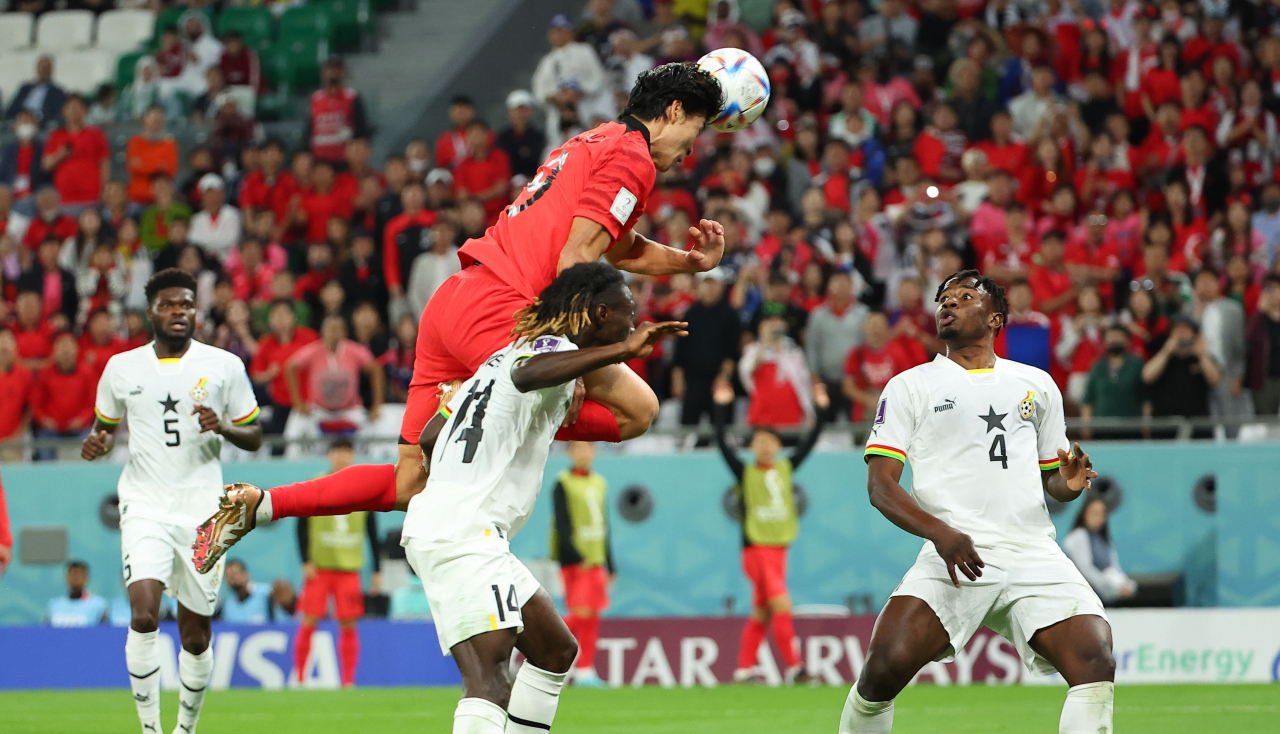 The two teams now wait for the results of the second match of the day for Group H between Uruguay and Portugal, both of whom had been favored to move onto the knockout stage prior to the beginning of the event. The game will kick off at 4 a.m. Tuesday, Korean time, at the Lusail Iconic Stadium in Lusail, Qatar.

The final matches of the group will be held simultaneously on Saturday 6 p.m., local time, which is midnight Korean time. South Korea will square off against Portugal, while Uruguay will play against Ghana.