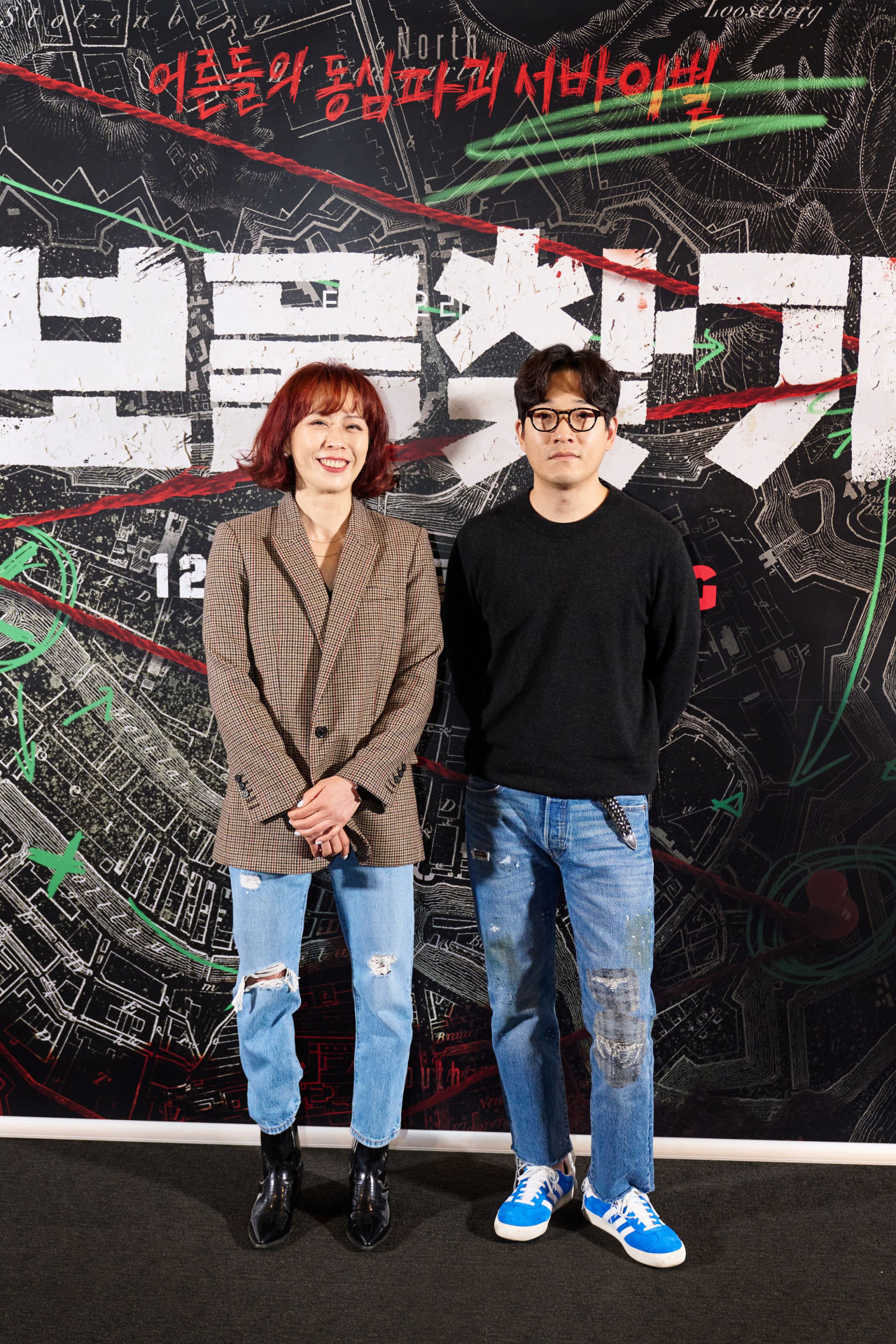 Starting with a curiosity about how adults will behave in a childhood game, Tving's upcoming game show "Finders Keepers" presents 24 participants competing in a treasure hunt for a 500 million won ($373,000) prize and observing their changing behaviors.

“Issues that are closely related to money became more important than ever. Many people start to judge others, questioning whether they deserve to earn or to have so much money. Variety shows tend to reflect the era we live in. And our program offers a glimpse of those human desires,” screenwriter Kim Jung-sun said in a press conference at CGV Wangsimni in Seongdong-gu, Seoul, Monday.

Director Chae Sung-wuk added he wished to observe the participants’ changed determination and attitude in a childhood survival game.

“Everyone has an experience of finding a treasure, empathizing with the excitement when they were children. I wanted to know what will happen if adults join and look for a prize, that can be used immediately after winning the game,” Chae said.

Though a game show involving prize money, quests, missions and psychological warfare, is not new in the entertainment industry, the creators shared high hopes for the upcoming survival series.

“If previous programs were focused on creating a single winner or required the cast to work as a team, our show presents more dynamically changing relationships. The players can either choose to work together or betray others to take all the money,” the director said.

“In the past, many Korean participants tended to hide their desires and put on a mask. They didn’t want to be disliked by other cast members from the beginning. But now, people are more active and show no hesitation in expressing themselves,” Kim, who was behind various hit reality game shows including tvN’s “The Great Escape,” told The Korea Herald.

The writer added that none of the missions went as the staff had planned.

“There are many games that are not presented in the series, because the cast behaved totally differently from our expectation and imagination. But I guess this is our burden to bear as creators of reality game shows,” Kim said.