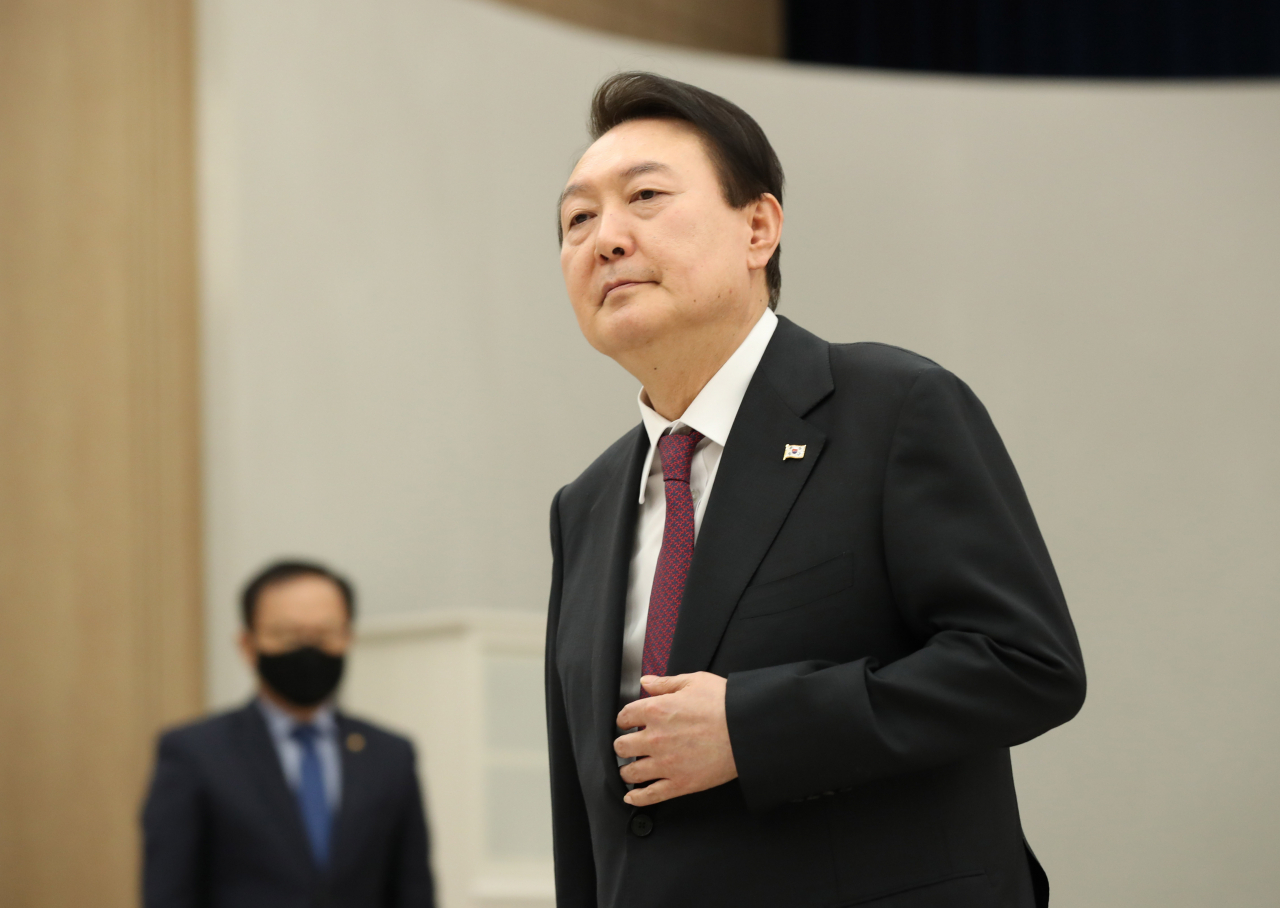 The poll was conducted on 2,514 voters nationwide from Monday to Friday last week.

This is the first time Yoon has garnered support of more than 35 percent in a Realmeter poll since the fourth week of October.

A senior analyst at Realmeter said the rise can be attributable in part to the decision of Yoon's People Power Party to participate in a parliamentary probe into the deadly crowd crush that killed at least 158 Halloween partygoers in Seoul's Itaewon district on the night of Oct. 29.

On the favorability rating of political parties, the main opposition Democratic Party garnered 45.5 percent support, down 2.6 percentage points from the previous poll, while the People Power Party registered 36.8 percent, up 3 percentage point from the earlier survey.