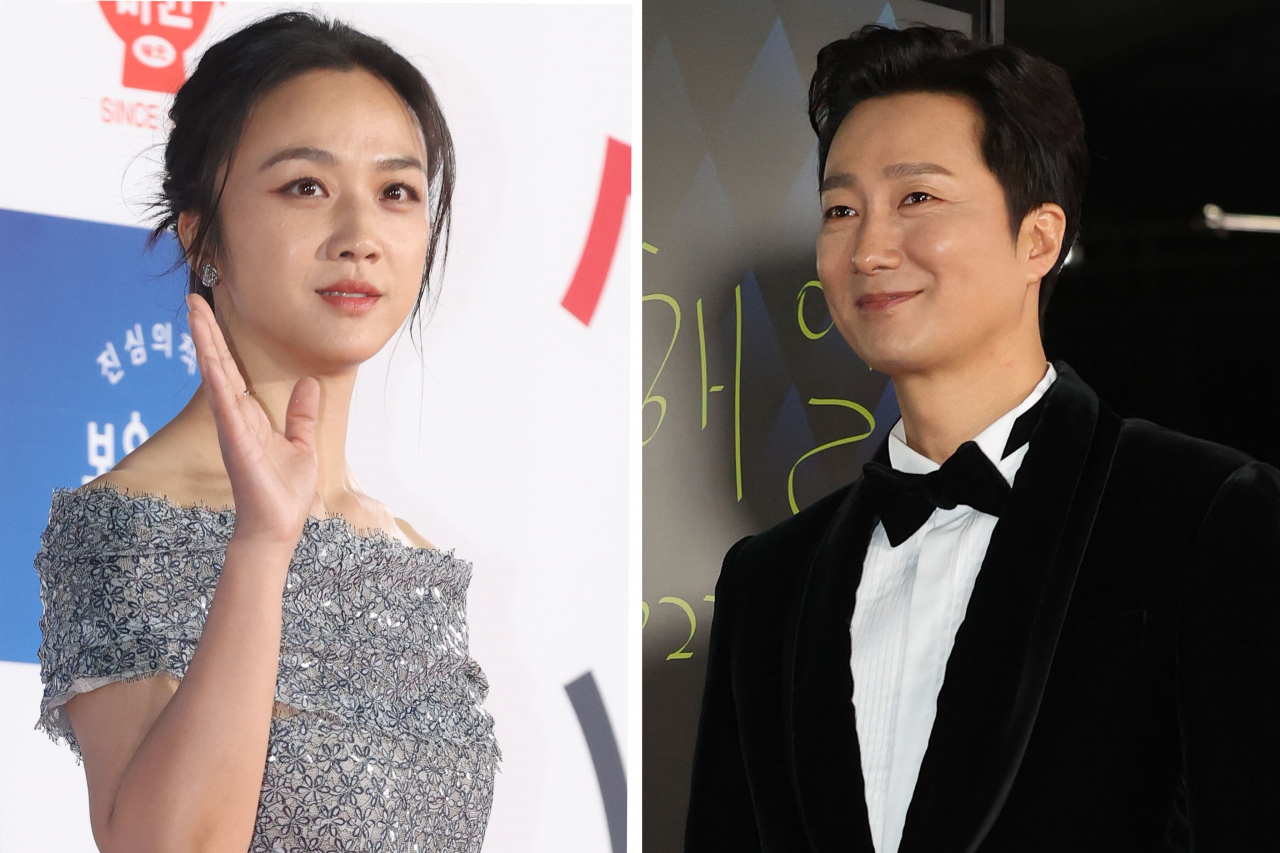 The film, nominated in 12 categories, took six trophies including best film, best director, best actor and best actress awards during the 43rd edition of the ceremony held at KBS Hall in Seoul, on Friday night.

The film revolves around a detective, played by Park Hae-il, who investigates a murder case where he suspects a mysterious widow, played by Tang Wei.

Director Park clinched best director for the film at this year’s Cannes Film Festival. The film has been selected as the country's entry for best international feature film for the 95th Academy Awards to be held next March.

“One good thing about being a director is that you have many opportunities to meet talented people in different fields,” Park said in his acceptance speech delivered by actor-comedian Kim Shin-young, who received the award on Park's behalf.

Park was unable to attend the ceremony as he is filming abroad. Kim starred in the film as a detective.

Actor Park Hae-il was named best actor while Tang Wei nabbed best actress for their roles in the Cannes-winning film.

“I would like to share this joy with Tang Wei, who perfectly portrayed the role of Seo-rae. She made Hae-jun unable to get out of the beach forever,” said Park after expressing gratitude to director Park and screenwriter Jeong Seo-kyung.

Tang, speaking briefly in Korean before switching to English and Chinese, said, “Actors wait for that one good script and one character for months, years and even decades. I am very lucky to have met this character, Seo-rae."

Kim Dong-hwi of the film “In Our Prime” and Kim Hye-yoon of “The Girl on a Bulldozer” were named best new actor and actress, respectively. 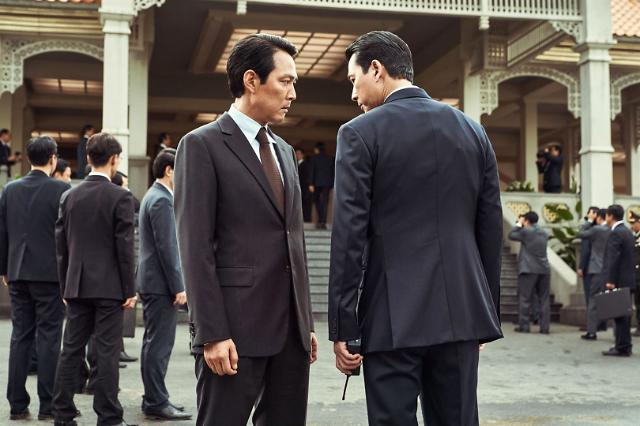 The Emmy-winning star of "Squid Game" was absent from the ceremony due to a scheduling conflict. Actor Jung Woo-sung who starred in the film accepted the award on Lee's behalf.

“'Hunt' was a meaningful film for me. And it was more meaningful to meet the audience during stage greetings. Thank you everyone who loved the film,” Lee said over the phone from the UK.