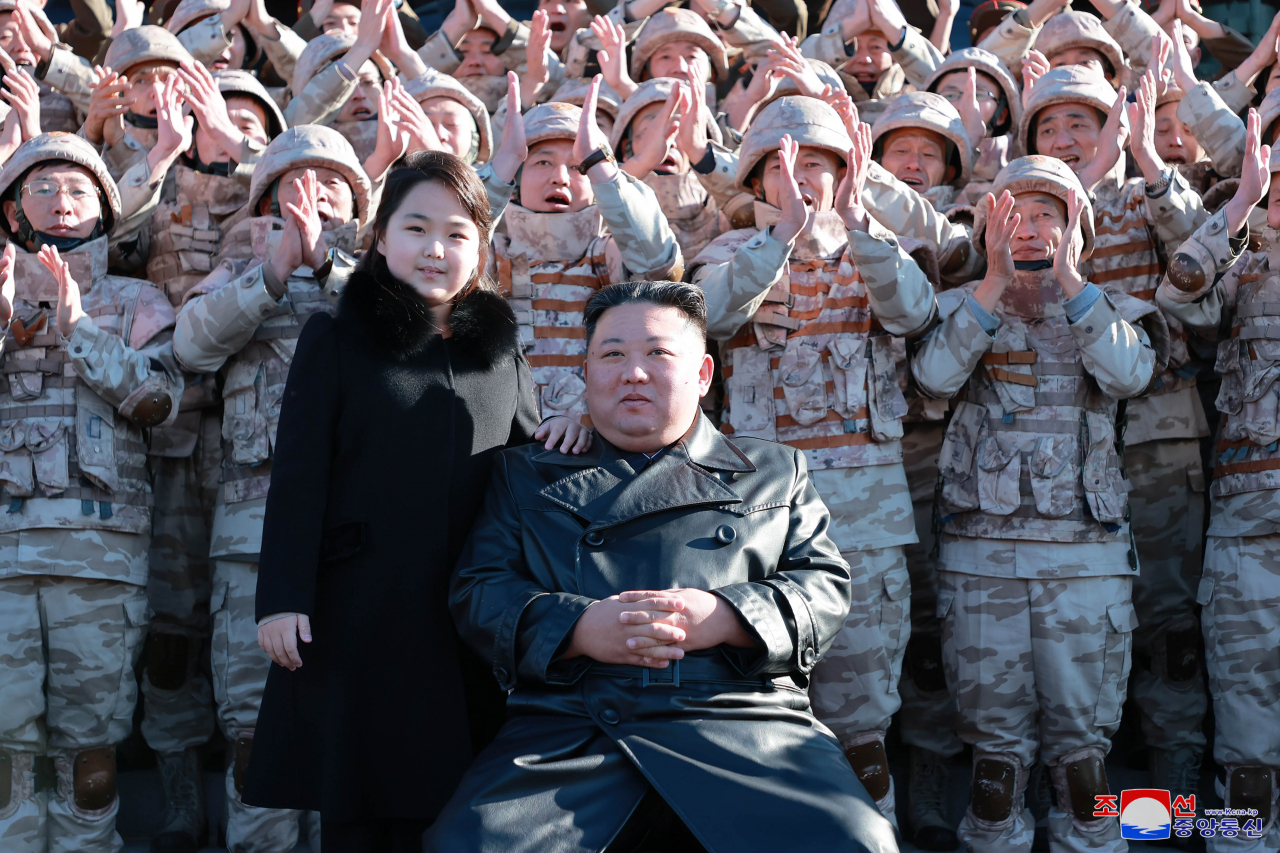 This photo, released by the Korean Central News Agency on Nov. 27, 2022, shows North Korean leader Kim Jong-un (R) with his daughter during a photo session with officials involved in this month's intercontinental ballistic missile launch. (For Use Only in the Republic of Korea. No Redistribution) (Yonhap)

Photos published by the Korean Central News Agency showed the daughter, presumed to be Kim's second child, Ju-ae, dressed in a long black winter coat with a fur collar and with her hair partially tied back, as she walked hand in hand or linking arms with her father.

The appearance gave her a striking resemblance to her mother, Ri Sol-ju.

The KCNA said the photo session was attended by "combatants of the Red Flag Company, the officials, scientists and technicians of the defence science research institute and workers of the munitions factory who made a great contribution to the test-fire of Hwasongpho-17 conducted on November 18."

Kim "appeared at the photo session venue together with his beloved daughter," it said.

North Korea first revealed the girl after she joined her parents during the launch of the Hwasong-17 ICBM on Nov. 18.

Kim "gave a warm and militant salute of congratulations to the reliable defence soldiers who proudly launched before the world a gigantic crystal made with pure loyalty, extraordinary mental power and outstanding sci-tech force," the KCNA said of the photo session.

The North Korean leader also said "we should consolidate our greatest strength seized firmly with two hands as more absolute and irreversible one, never resting on our laurels, and continue to put spurs to the limitless bolstering of the defence capabilities."

He expressed his expectation and belief that the country's scientists, technicians, and munitions industry workers "would make a do-or-die struggle" and "thus expand and bolster up the nuclear war deterrent of the country at an exceptionally rapid speed," the KCNA said. (Yonhap)