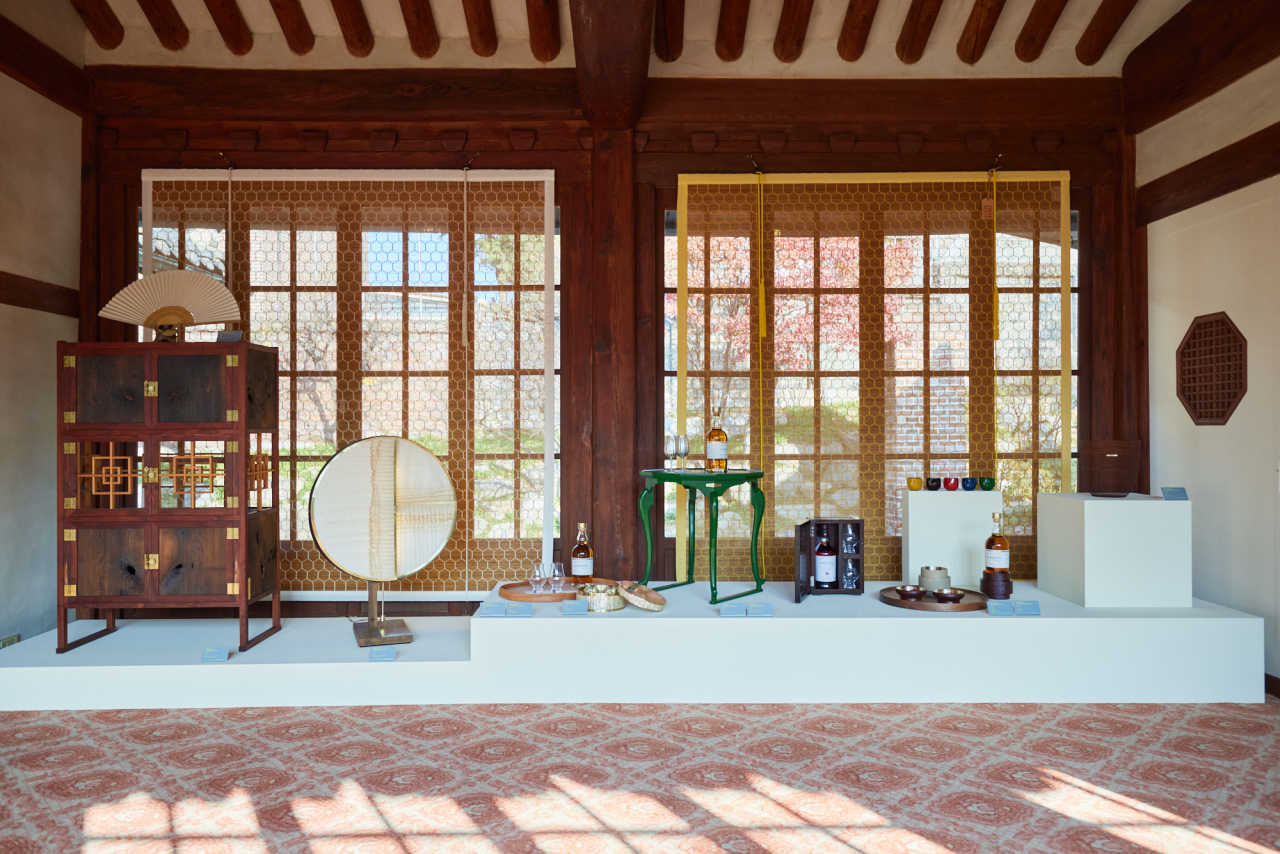 The Balvenie, a single malt Scotch whisky, has collaborated with Korean artisans for the exhibition “The Balvenie Makers Exhibition," highlighting one thing they have in common -- the unrelenting pursuit of the highest craftsmanship when creating their products.

Hwigyeomjae in Bukchon, Seoul, built as a hanok, is decorated with barley, provoking curiosity from visitors about barley's relation to the whisky brand. Founded in 1892, Balvenie still grows its own barley for malting and sows barley on a thousand-acre farm called Balvenie Mains, continuing the brand's traditional way of producing whisky called "floor malting."

A total of 12 Korean artisans created craft works especially for the exhibition which are on display in addition to other works. 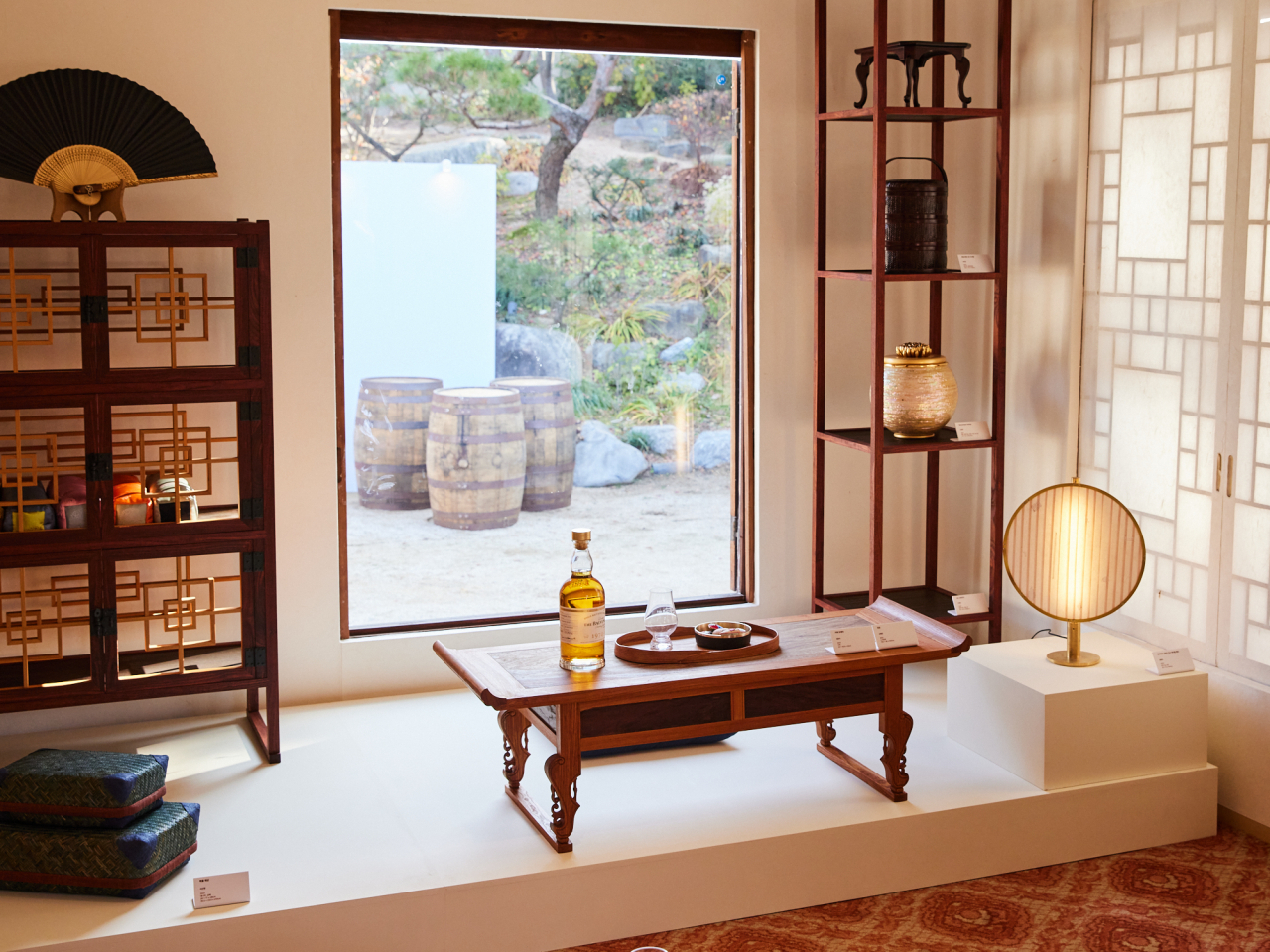 Among the participating artisans are Kim Dong-sik, a fourth-generation craftsman making hapjukseon, a traditional fan. He made “The Balvenie Oak Hapjuksun” out of an oak whisky barrel. Cho Dae-yong, a bamboo-blinds artisan who was designated Intangible Cultural Heritage No.114, created bamboo blinds inspired by the color of the honey used in making Balvenie.

“It was an interesting collaboration. There are many artisans in the country who persevere with a pride who are not really recognized by the public. I wish more artisans get the spotlight through this kind of collaboration,” Cho told The Korea Herald.

Craft artist Kim Jun-su who creates organic vessels by stacking thin leather strips in combination showcased "The Balvenie Leather Tray." He was one of the finalists of the LOEWE Foundation Craft Prize of this year.

"It is encouraging for craft artists or artisans like us that many people in Korea including the young generation, have been showing more interest in craft works and interior design since the pandemic," Kim said. 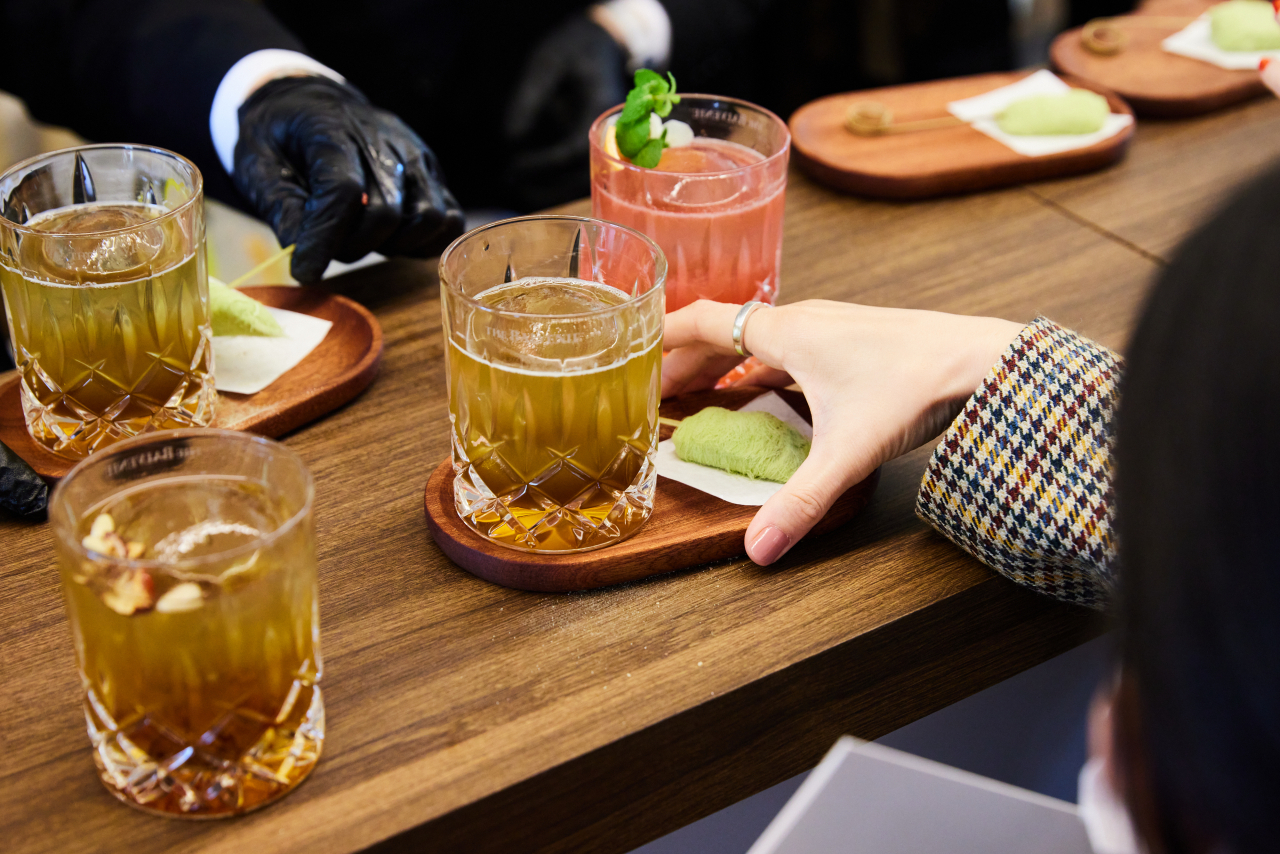 After looking around the exhibition, visitors will be led to a pop-up bar next to Hwigyeomjae where ones can taste three types of Balvenie whisky-based cocktail creations inspired by Korean craftsmanship.

Reservations are required and admission is free. The show runs through Tuesday.