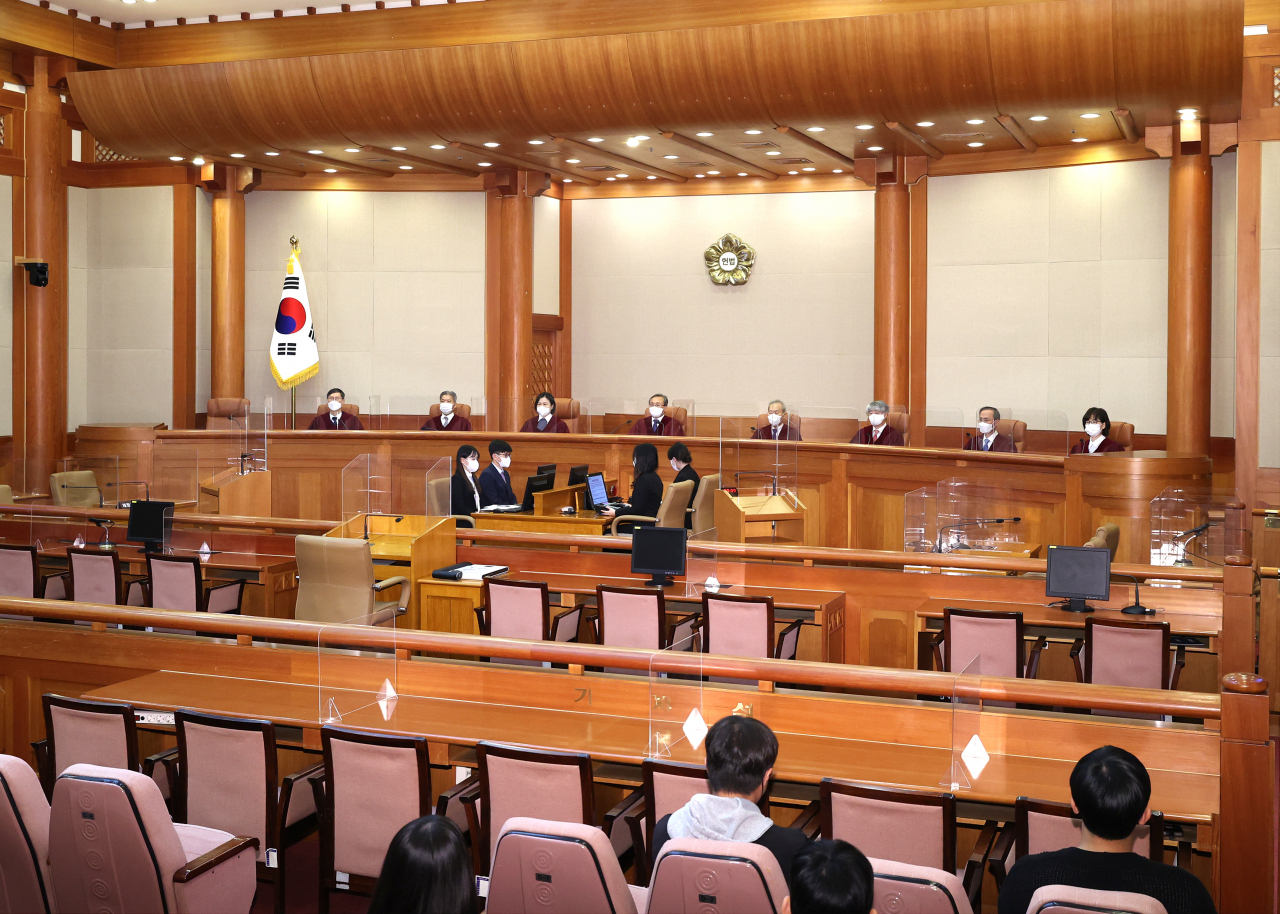 Constitutional Court judges ruled that it is unconstitutional to force soldiers to participate in religious events at the Army Training Center, Thursday. (Yonhap)

The Constitutional Court ruled on Thursday that it is unconstitutional for the Army to force enlisted soldiers to participate in religious events at the Army Training Center. Following the ruling, the Army said they will guarantee the basic rights of individual soldiers.

"Forcing people to attend religious events held at religious facilities limits soldiers' freedom of not having faith and not attending religious ceremonies," the Constitutional Court said in the ruling.

The court also warned that the military's coercion could violate the principle of separation of state and religion.

“The state utilizing religion as a means to achieve certain purposes, such as strengthening military power, or religious groups intervening in state authority to promote missionary activities to exert influence, could create (an inappropriate) bond between the state and religion.”

In response to the court's ruling, the Army said, "The Army Training Center allows the conscripts to participate in religious events voluntarily."

The Army emphasized that religion plays a crucial role within the military.

"The power of religious faith is a very important part of intangible military power, which has proven to contribute greatly to the military's combat power by various studies," Moon Hong-sik, the deputy spokesman for the Defense Ministry, said in a regular briefing before the Constitutional Court handed down the ruling.

"Foreign troops also endeavor to strengthen their forces by operating religious systems. The military maintaining the religious facilities and recommending such activities should be understood in terms of strengthening intangible forces," he added.