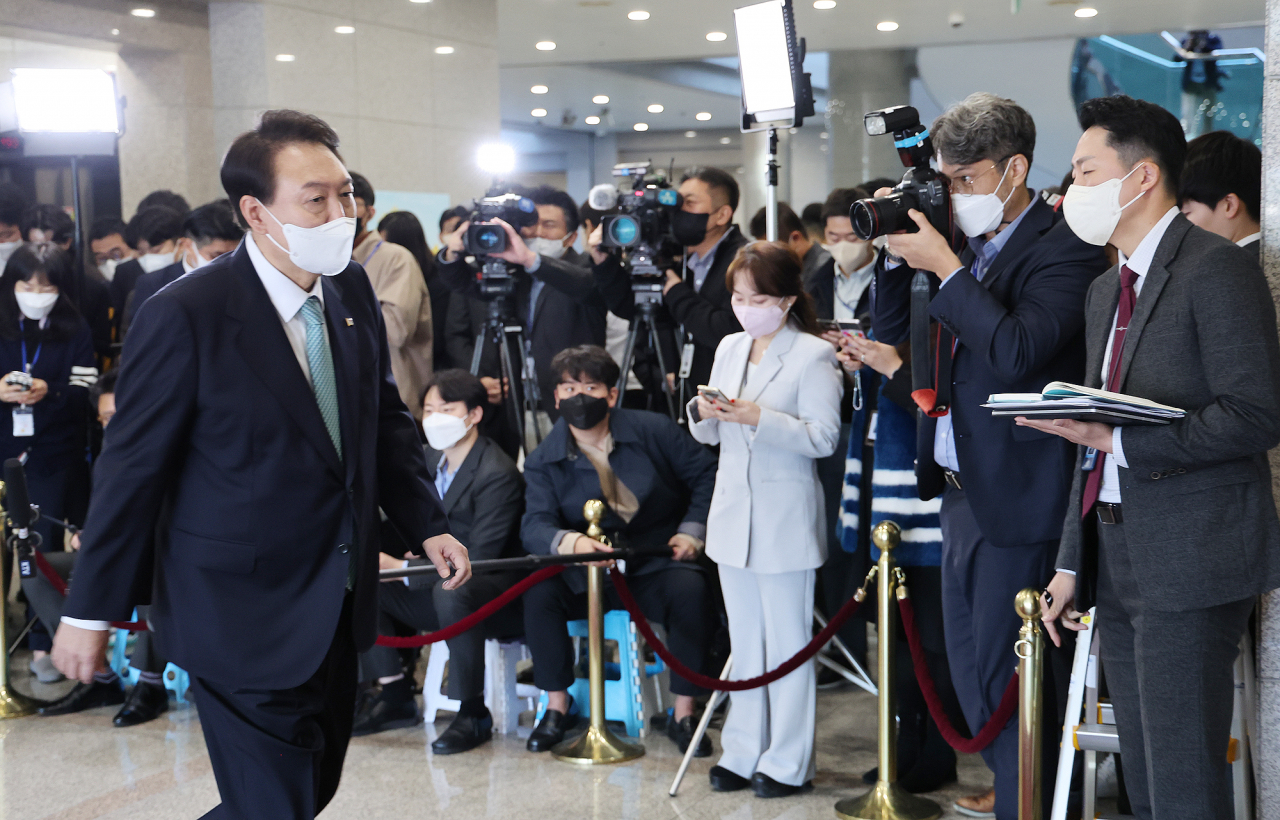 Reporters Without Borders called on President Yoon Suk-yeol to reverse his decision to bar journalists with public broadcaster MBC from the presidential plane and also called for the reinstatement of the president’s daily meetings with the press.

“Even the highest elected representative should not decide which media can report on them or which questions are suitable to be asked,'' said the RSF East Asia Bureau Head Cedric Alviani in an email response to The Korea Herald on Thursday.

“Journalists have an essential function to play in democracies and they must often ask difficult questions in the public interest.”

RSF also “calls for the reinstatement of the president’s daily meetings with the press,” a commendable initiative he took when stepping into office, and which by nature could only contribute to greater transparency toward the media.

Amid an intensifying dispute with local news outlet MBC, Yoon’s office suspended his daily morning interviews last week after arguments between an MBC reporter and the presidential official during an in-office interview.

The fuss kicked off when Yoon was asked about the exclusion of MBC reporters from the presidential plane on his recent trip to Southeast Asia.

Yoon replied that the broadcaster showed “very malicious behavior to alienate the (South Korea-US) alliance, a key axis of our national security, with fake news that is different from the truth.”

Yoon was embroiled in controversy when he was caught making vulgar remarks to an aide during his trip to New York in September, which were later relayed by MBC.