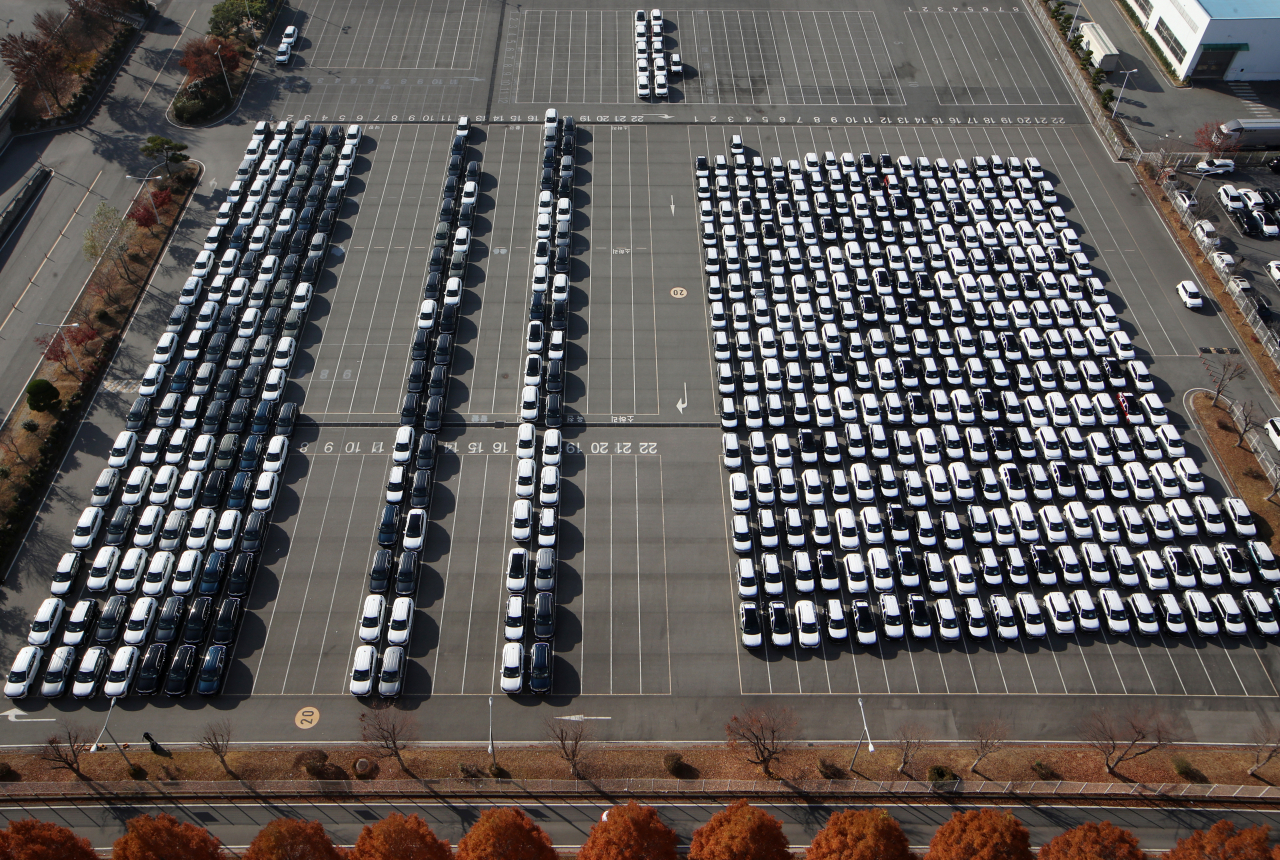 Cars to be delivered are stranded at a parking lot of Kia Corp.'s plant in Gwangju, 268 kilometers south of Seoul, on Thursday, when unionized truckers went on strike nationwide, demanding the government permanently scrap the phaseout of a temporary freight rate system guaranteeing a basic wage for truck drivers. (Yonhap)

President Yoon Suk-yeol warned the government could use an executive order to force striking truckers to return to work.

Yoon issued the warning in a Facebook post late Thursday night after thousands of members of the Cargo Truckers Solidarity Union, under the wing of the Korean Confederation of Trade Unions, launched a nationwide strike to demand the extension of a freight rate system guaranteeing basic wages.

The strike is the second of its kind in five months and threatens to disrupt supply chains amid post-pandemic recovery efforts.

"At a time when the people and businesses, as well as the government, are working as one to overcome the crisis, the Cargo Truckers Solidarity Union has begun an indefinite group transport refusal," Yoon wrote.

"We will not tolerate acts of taking logistical systems hostage in a national crisis situation. If they continue their irresponsible transport refusal, the government has no choice but to consider various measures, including a work initiation order," he added.

By law, the land minister can invoke a work initiation order in the event logistics companies or workers cause large disruptions to cargo delivery by refusing to work without justification.

Disobeying the order can lead to imprisonment of up to three years or a fine of up to 30 million won ($22,500).

"Blocking the passage of other vehicles and harassing colleagues taking part in normal operations is an act of violence trampling on another's freedom," Yoon wrote.

"We will respond sternly according to the law and principles to all illegal actions. ... I intend to make clear that what is sought cannot be gained through illegal violence."