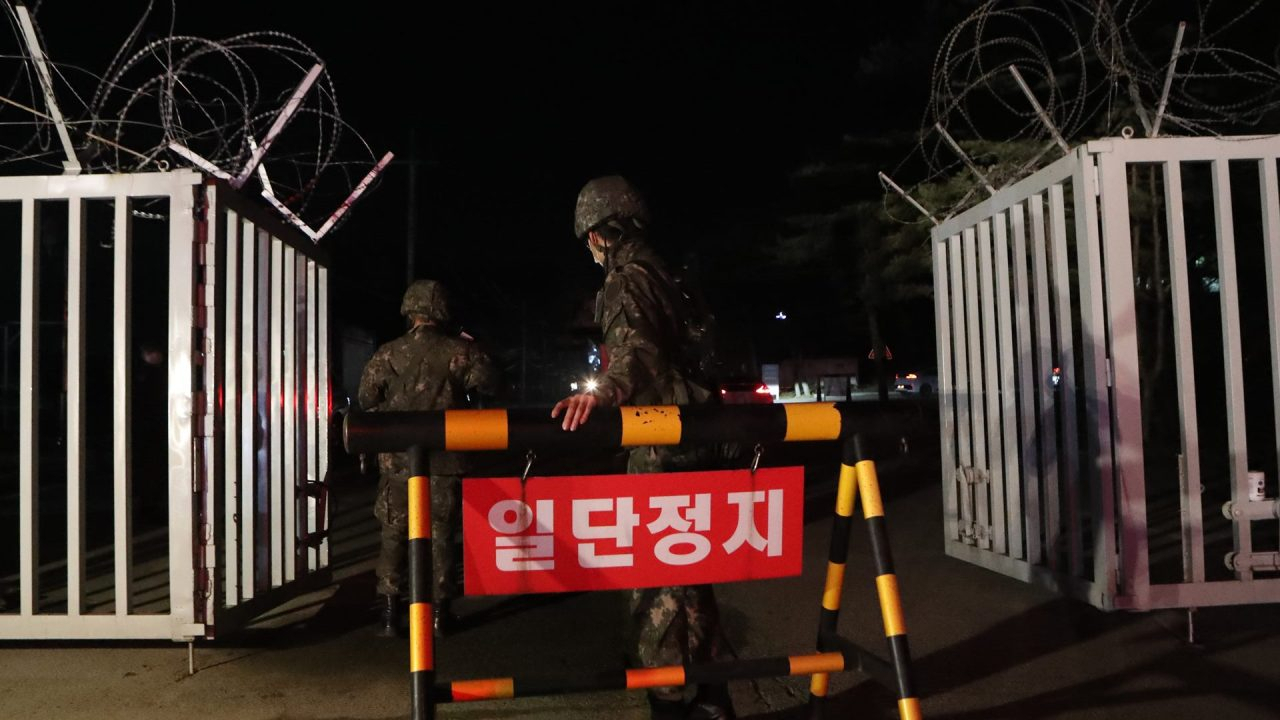 Soldiers close the front gate of an Army boot camp in the northern county of Yeoncheon on Nov. 25 in 2020. (Yonhap)

BTS’ member Jin is to begin his military service in one of the northernmost military bases in South Korea, on Dec. 13, according to the South Korean military.

The bootcamp where he begins his 18 months of military service is that of the 5th Infantry Division in Yeoncheon, Gyeonggi Province.

The 5th Infantry Division has a reputation for being a tough unit to serve in, due to harsh winters.

The 5th Infantry Division's bootcamp was renovated in 2012, when it was moved to the current location, and is said to ve in a relatively good condition for trainees who stay there for five weeks.

Among Korean celebrities, Chansung of the boy band 2 PM and singer Rain have served as assistant instructors at the facility.

Jin, who will be the first BTS member to serve in the military, had implied earlier that he would serve on the front line, answering jokingly “No, (I am not happy.) I drew a lot to go to the front line” to his fan, asking whether he was happy to have a birthday in December.”

Jin's comment to his fan seen in his fan page on Nov. 13. (Jin's Weverse page)