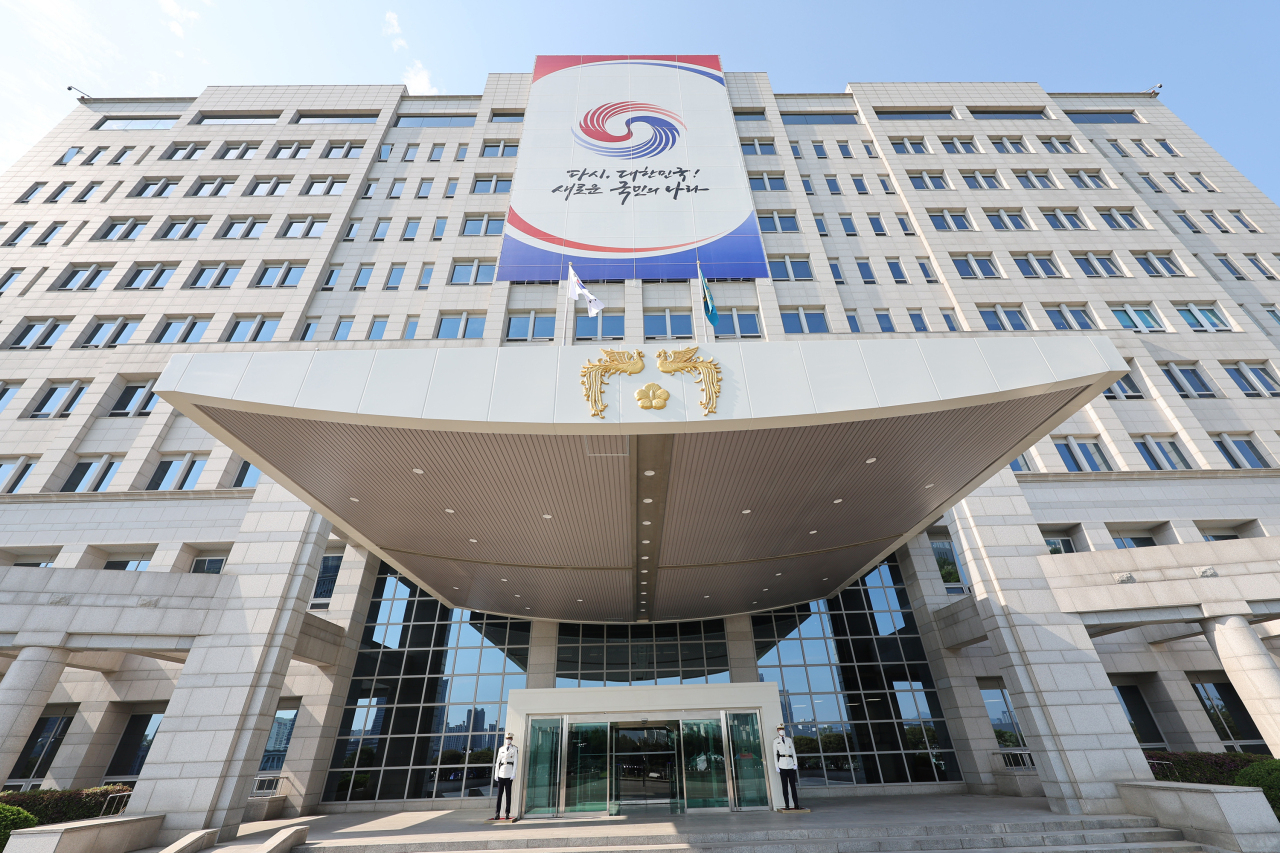 A view of Presidential Office in Yongsan-gu, Seoul. (Yonhap)

A parliamentary subcommittee on Thursday passed a bill to ban demonstrations within 100 meters of the Presidential Office in central Seoul and residences of former state leaders.

The ruling and opposition parties' have endorsed the bill, saying that protests near the Yongsan Presidential office and former President Moon Jae-in’s private residence in Yangsan, South Gyeongsang Province, should be blocked.

The current Assembly and Demonstration Act prohibits rallies and demonstrations within 100 meters of the Presidential and Prime Minister residence, the National Assembly, all levels of court, and the diplomatic offices. But the bill approved by the parliamentary subcommittee adds the Presidential Office and former presidents' residence to the list.

The bill was proposed by ruling People Power Party lawmakers, led by Rep. Ku Ja-keun, on April 20, as incumbent president decided to leave Cheong Wa Dae which used to be both residence and office of the state leader.

The bill endorses opposition lawmakers' call to legally prohibit rallies near former President Moon Jae-in's residence. The former president who now lives in a village in South Gyeongsang Province has been suffering from loudspeaker rallies held by conservative Youtubers and organizations, they said.

The bill will be discussed within the Public Administration and Security Committee and the Legislation and Judiciary Committee before put to vote at a plenary session.