Having blossomed into an elite defender, Napoli centerback Kim Min-jae is set to prove that Tottenham superstar Son Heung-min is not the only player to watch out for in the South Korean national team.

Qatar is Kim's first World Cup, after the bitter memory of being cut from the team just a month before the previous tournament due to injury. Prior to the team’s first match against Uruguay on Thursday, Kim voiced his willingness to do whatever it takes to win.

“I’m ready to dedicate to the team, and I will make many sacrifices. ... It’s important for the entire squad to (play) as one. It’s very reassuring that (Son) Heung-min has joined the team, since he can score against any team,” Kim said during last week’s media event. Son suffered a face injury earlier this month that had made his prospects at the Qatar unclear. 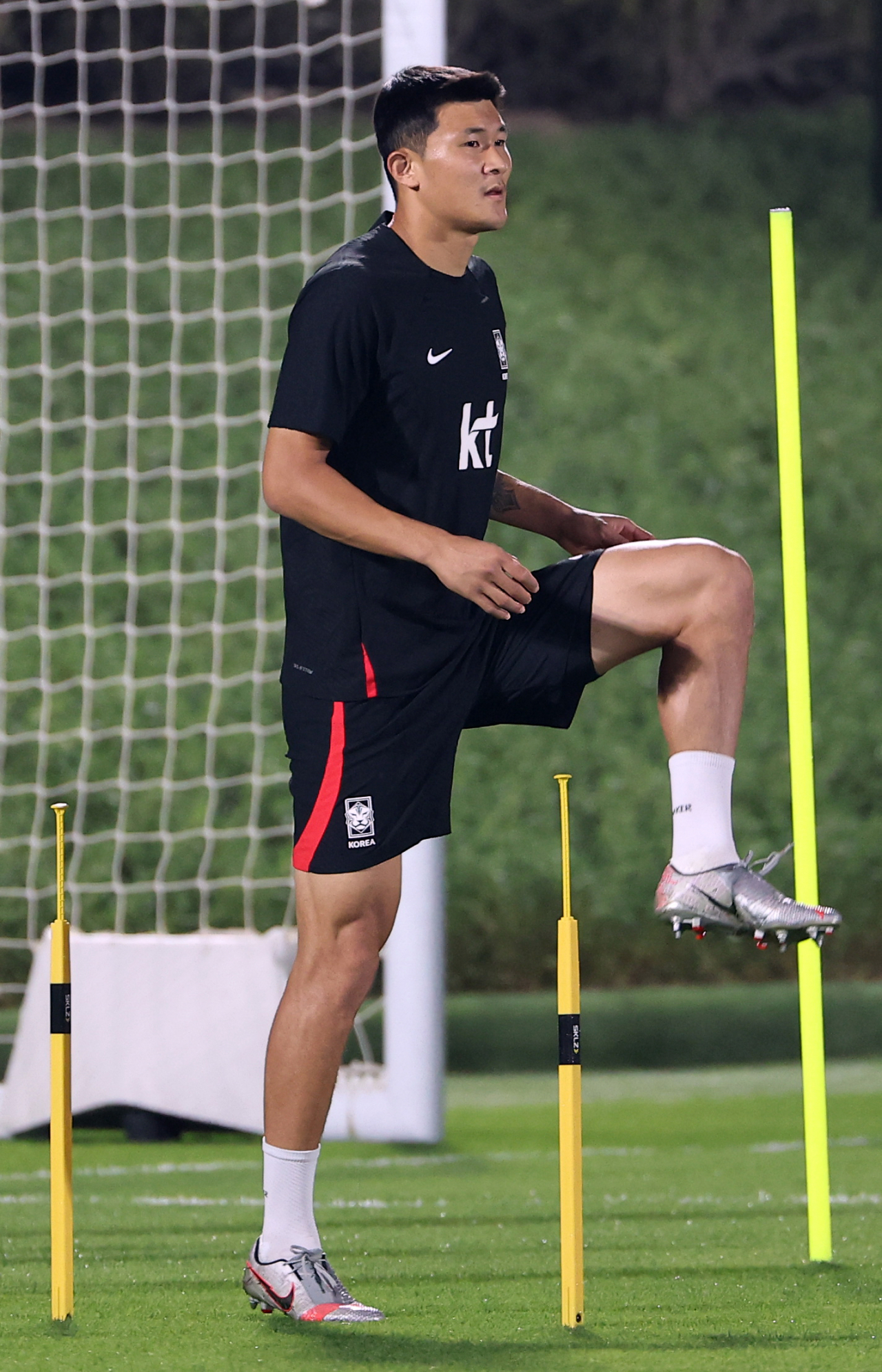 Kim Min-jae of the South Korean national soccer team trains ahead of the World Cup at the Al Egla training facility in Doha, Qatar, Saturday. (Yonhap)

Having turned 26 last week in Doha, Kim goes into the tournament with his career reaching new heights. He joined the Serie A club for a reported transfer fee of 18 million euros ($18.5 million) as a replacement for Kalidou Koulibaly.

Kim has been instantly effective with his defensive prowess and ability to contribute to build-up play, being voted the league’s player of the month in October by the Italian Footballers’ Association.

There have been reports that several teams -- Son’s Tottenham and Manchester United -- are interested in the South Korean defender, with Napoli reportedly already in talks to offer Kim an upgrade to the three-year contract he signed in the summer.

For now, Kim’s task at hand is helping his team survive the tough Group H that has football powerhouses Uruguay and Portugal, along with a mercurial Ghana team. Lucky for Korea, Kim possesses an impressive combination of physique and athleticism -- standing 190 centimeters tall with a bulky frame -- which should help him hold is ground against the likes of Cristiano Ronaldo and Luis Suarez.