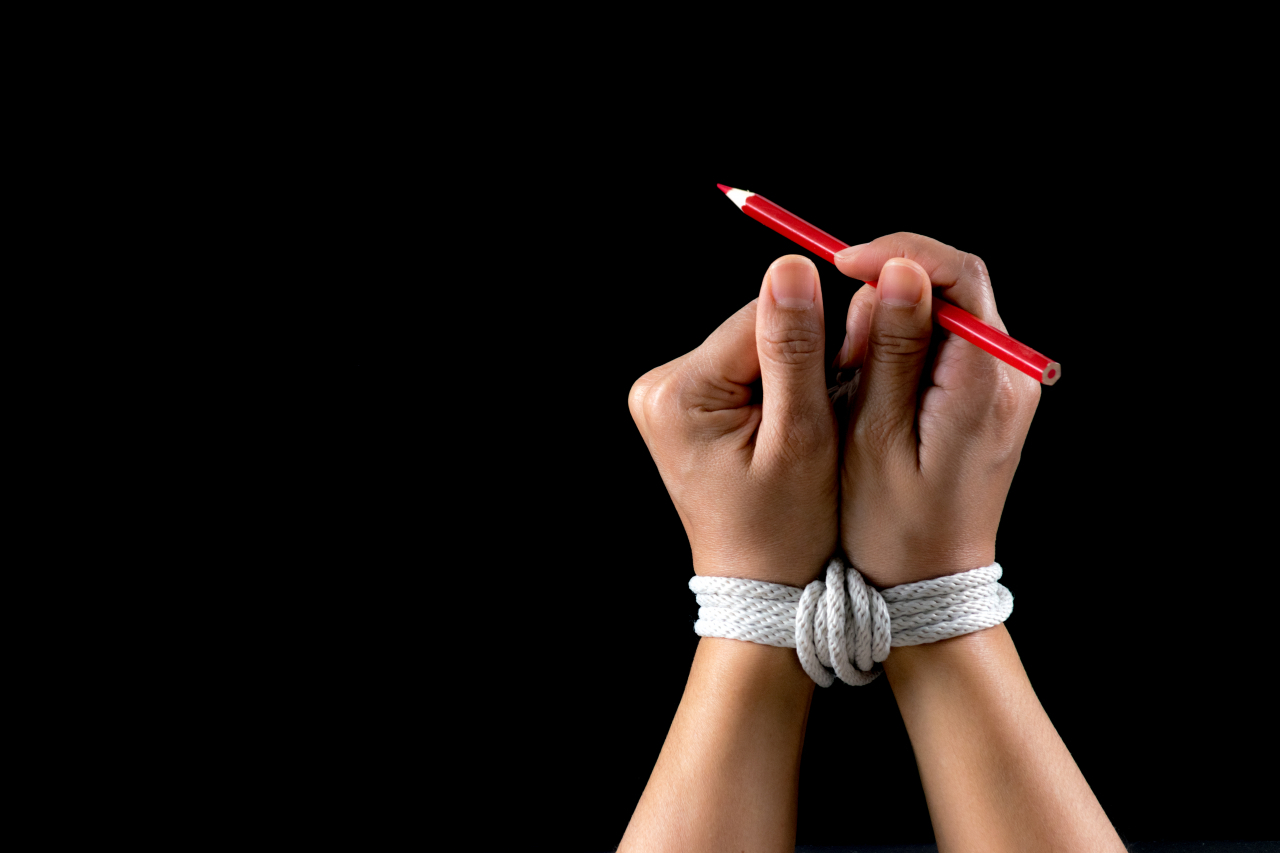 Korea's cartoon and animation community warned the Culture Ministry Friday that it was violating academic and artistic freedom protected by the Constitution of the Republic of Korea.

A statement issued by the Cartoon and Animation Society in Korea (Urimana) and several other groups called for an end to censorship of comics and webtoon artists. The statement also said that freedom of expression must be protected and that the unjust pressure against the Korea Manhwa Contents Agency must stop.

Controversy erupted on Monday after a satirical cartoon titled “Yoon Suk-yeol-cha” by a high school student at this year’s Bucheon International Comics Festival went viral in an online community.

The Culture Ministry, saying that it awarded and exhibited an "inappropriate" drawing, issued a stern warning against the Korea Manhwa Contents Agency.

“The Culture Ministry should withdraw its decision to cancel the approval of the use of its name as a sponsor of the BICOF and recognize the fundamental role of cartoons, which is to satirize and entertain,” Friday's statement said. “The ministry should publicly apologize to the award-winning student artist as well,” the organization added and called on Culture Minister Park Bo-gyoon to apologize to the country's comics industry.