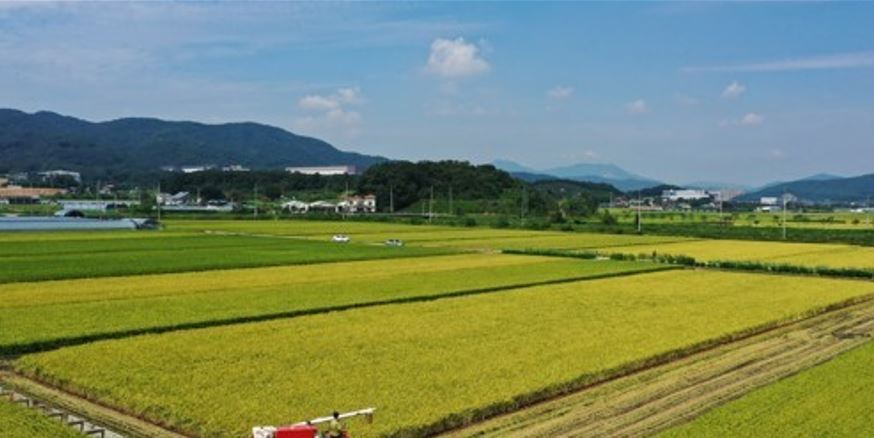 Rice paddies in Icheon, Gyeonggi Province (Yonhap)
SEJONG -- The nation’s rice output is projected to decrease by 78,000 tons in 2022 on-year in the wake of a curtailed rice paddy size as well as shortage in rainfalls, Statistics Korea said Friday.

Statistics Korea also forecasted that output per 100 square meters would reduce by 1.3 percent from 530 kilograms to 523 kilograms over the corresponding period.

“Amid a slump in rice prices and the state-led support for other agricultural crops, the size of rice paddies inched down this year. In addition, (the required) rainfalls decreased between June and July,” said the agency.

South Jeolla Province, the largest rice producer in Korea, is projected to see the largest on-year decline in output by 6.3 percent, followed by South Chungcheong Province (the second-largest producer) with a 5 percent fall.

Gangwon Province is likely to see a 4 percent fall and Gyeonggi Province with a 2 percent fall. In contrast, two of the nine provinces -- North Jeolla Province and North Gyeongsang Province -- could see an output increase by 4.2 percent and 1.7 percent, respectively, said the agency.

Compared to a decade earlier, the size of rice paddies across the country is set to mark a 14.3 percent (or by 1,200 square meters from 8,490 square meters in 2012) decline this year, its data showed.